“The CQC has found that the hospital is sometimes failing to respect privacy, dignity and independence. It is now critical that the trust responds with a genuine sense of urgency to rectify the concerns raised by the CQC.”

“The conclusions of this report are sadly entirely expected. They raise the exact same concerns that Unison members working on the frontline have themselves been raising for months.

Care minister Norman Lamb MP also bears responsibility. It is not acceptable for him to just continue to criticise the mental health trust. He needs to take urgent action. If he genuinely believes in the ‘parity of esteem’ for mental health services he relentlessly talks about, he must provide additional funding, and quickly.” 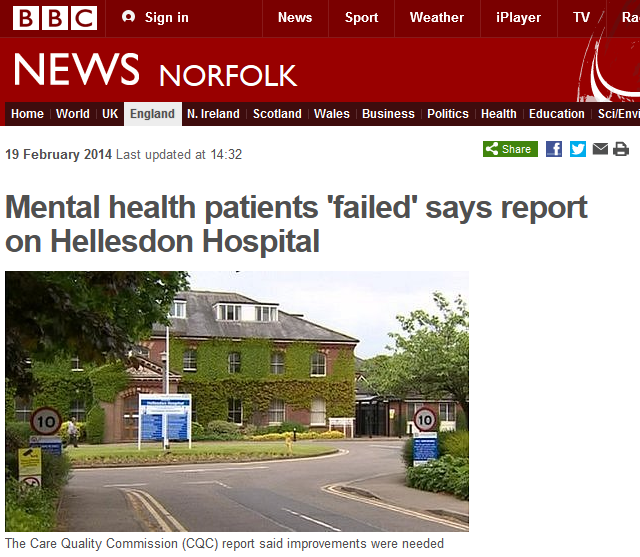