“The human and financial cost of failing to do so is unsustainable.”

Below, the catastrophic failure of the radical redesign process is exposed in NSFT’s own graph from the most recent Board of Directors meeting. The ramp in the graph represents not only the closure of too many beds but also the meltdown in the community services required to keep people out of crisis and hospital – a direct result of the unfair funding of mental health, the savage and immoral cuts of the radical redesign to crisis and community services to the most vulnerable in favour of ‘innovative’ money pit services, the scandalous redundancy programme and subsequent recruitment crisis, the breakdown of Section 75 agreement and the inability of Kafkaesque NHS bureaucracy to respond with any competence or urgency.

Remember that at the beginning of this year, the head of North Norfolk CCG, Mark Taylor, on behalf of the Norfolk CCGs and NSFT, told the Norfolk Scrutiny Committee that there would be no out of area placements beyond the end of April 2014 – that deadline passed more than six months ago. Norman Lamb, North Norfolk MP and the government Minister of State at the Department of Health directly responsible for mental health, called out-of-area placements ‘ridiculous’ and ‘totally unacceptable’ back in May 2014. Jeremy Hunt, Secretary of State for Health, called the use of out-of-area beds ‘unacceptable’ back in June 2014. The Operations Director of NSFT and architect of the radical redesign, Kathy Chapman, currently on mysterious secondment but due to return to NSFT in July 2015, repeatedly promised that wards would not be closed until it was demonstrated that they were no longer needed.  But still the beds crisis gets worse and worse.

We should all be very worried, given that, even with the re-opening of ten beds at Hellesdon Hospital, the closure of adult acute beds at Carlton Court and the ‘decant’ beds at Ashcroft will increase the pressure on beds and community and crisis teams further still. 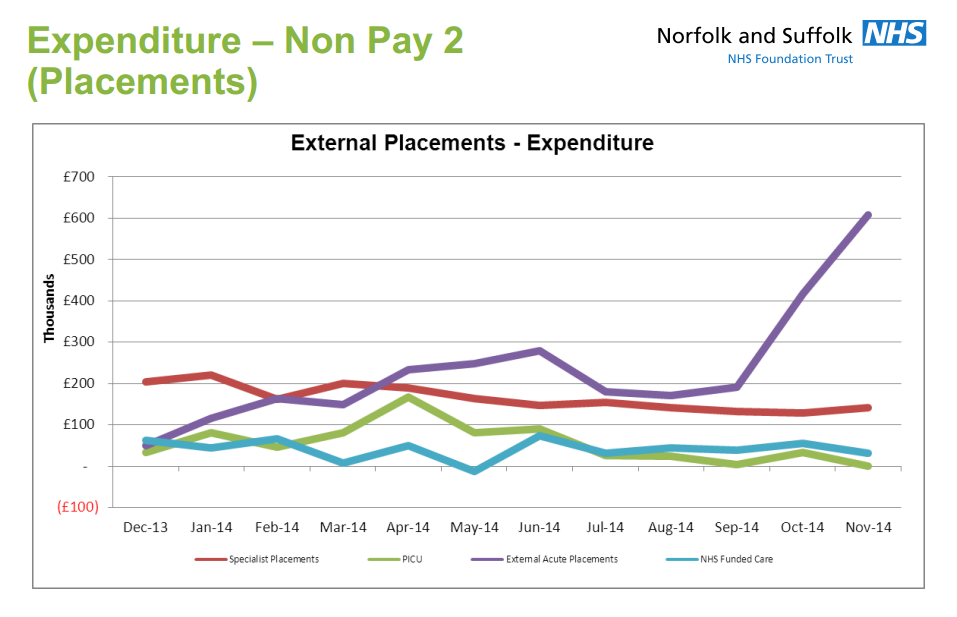 Read the full story on the BBC News website by clicking on the image below: