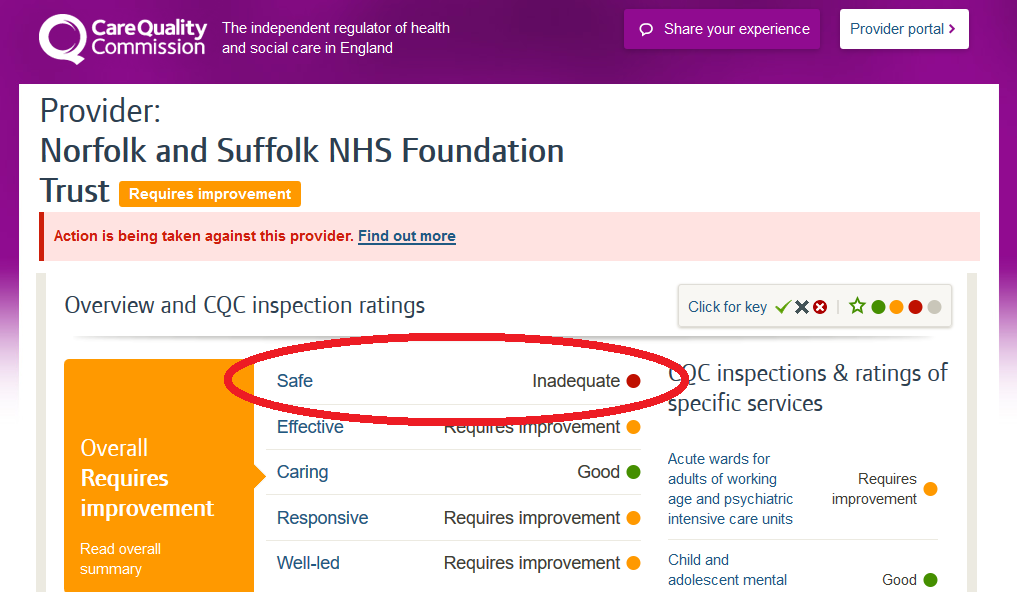 Look beyond the spin from the Board of Norfolk and Suffolk NHS Foundation Trust (NSFT).

The Care Quality Commission (CQC) confirms our concerns about beds, staffing, safety and increasing numbers of patient deaths at NSFT.

We had a number of concerns about the safety of some services at this trust. These included unsafe environments that did not promote the dignity of patients; insufficient staffing levels to safely meet patients’ needs; inadequate arrangements for medication management; concerns regarding seclusion and restraint practice.

A lack of availability of beds meant that people did not always receive the right care at the right time and sometimes people had been moved, discharged early or managed within an inappropriate service.

Lorenzo is very poor and dangerous:

Whilst access to a single record had been addressed by the application of a single electronic system, we were very concerned about the performance of this system and the impact this had on staff and patient care.

NSFT is unsafe and there are too many deaths:

We rated Norfolk and Suffolk NHS Foundation Trust as inadequate overall for safe because:

What could be more important than safety and increasing number of patients dying unexpectedly?

The Department of Health, commissioners and NHS England have done virtually nothing to address the £70m annual shortfall in NSFT’s budget.

What are caring front line staff supposed to do without enough colleagues or beds?