A woman whose husband suffers from dementia has criticised proposed cuts to mental health services in Waveney and Great Yarmouth, saying lives are being destroyed by measures designed to save money.

Mrs Sale, of Rushmere Road, Carlton Colville, said her husband was sent to the Coach House specialist dementia care home in Hemsby, where she was assured he would be safe and receive assessment.

However, he absconded from the Coach House before the assessment could take place.

Mr Sale, a former manager at Coes of Lowestoft, went missing at 10pm on July 20 and is believed to have spent the night wandering through marshland before being found at about 8am the next morning.

His disappearance sparked a search by police and coastguards and caused huge distress to his wife, their two children, Lee and Wendy, and the Sales’ twin granddaughters.

Mrs Sale said she now felt her husband should have been admitted to Carlton Court in the first place as it had the specialist facilities and staff that he needed, offered a more secure environment and was closer to home so she could visit more frequently.

She said it was not clear why her husband had not initially been offered a bed at Carlton Court and she had been told that it was either because the funding was not approved for it or that no beds were available because a ward was closed.

Mrs Sale, 67, said: “The people at the top are making these decisions and not listening to the people working at grassroots level with dementia patients and their families.

“They don’t consider that their actions are destroying people’s lives.”

Sadly, the situation in Waveney is only going to get worse. It appears that a decision has been made to ignore both the massive public opposition to the closure of Carlton Court and the blindingly obvious reality that there are simply not enough beds in Norfolk and Suffolk. Instead, the wards for older people which were closed even before the ‘sham consultation‘ began will remain shut and the adult acute beds at Carlton Court will be closed shortly, probably before Christmas. With these facilities closed, it seems likely that the Crisis Resolution and Home Treatment (CRHT) Team at Carlton Court will be moved to Great Yarmouth as NSFT outlined in its original proposals, together with the Section 136 suite. Read what the Approved Mental Health Professionals on the front line thought of the situation in Waveney, even before these new closures.

Meanwhile, Norfolk & Suffolk NHS Foundation Trust (NSFT) continues to bankrupt itself paying £635 per patient per night at Priory Group and Cygnet private hospitals because it doesn’t have enough beds while it closes beds in its own state of the art NHS facilities built at the cost of millions of pounds of taxpayers’ money. We’ve written about the alternative to admission beds fiasco on the coast before.

The public consultation was genuine in that HealthEast allowed the public to say what it thought about these closures and the radical redesign which is far more transparency than any other CCG managed. Tragically, however, the voice of the public has been completely ignored. What has local MP Peter Aldous got to say about all this? Aldous turned up at one of the consultation meetings but we haven’t heard anything since.

Read the full story in the EDP by clicking on the image below: 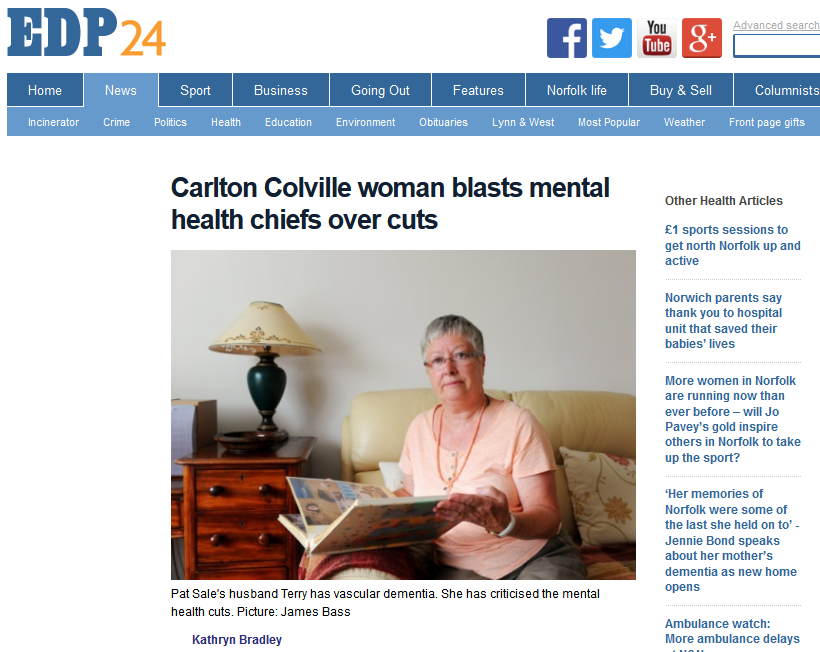