Campaigners raised their concerns after figures from a Freedom of Information (FoI) request revealed that the organisation had not hit its referral targets for the last five months of 2013.

Emma Corlett, Unison spokesperson and mental health nurse, said the FoI data released to the Campaign to Save Mental Health Services in Norfolk and Suffolk matched the experience that staff working in the service had described.

“There is no escaping the fact that there are simply too many people who need an assessment of their mental health needs, and not enough staff to see them. Staff in access and assessment have been working under unacceptably high pressure for months on end, often at the expense of their own health. There have been a high number of staff who have left the service, and the remaining staff are having to not just juggle an unmanageable workload but also deal with disgruntled and angry GPs and patients, unhappy at delays in getting an assessment. This week [in April] assessments are being offered to people referred in January, well short of the 28 day target.”

“It is staggering that after more than a year of service operation NSFT cannot provide data that it believes is accurate. If they cannot accurately monitor demand for the service, how can they determine how many people are needed to work in the service?” she said.

It took ten weeks for us to receive even a partial response from Norfolk & Suffolk NHS Foundation Trust (NSFT). The law says that it should reply in a maximum of four weeks. NSFT bizarrely continues to deny the accuracy of its own data.

We will publish a lot more information about the Access & Assessment service at the heart of the ‘radical redesign’ over the next few weeks. If you work in Access & Assessment, or have had trouble accessing the service, either as a service user, carer or professional, then get in touch and help us tell the truth. 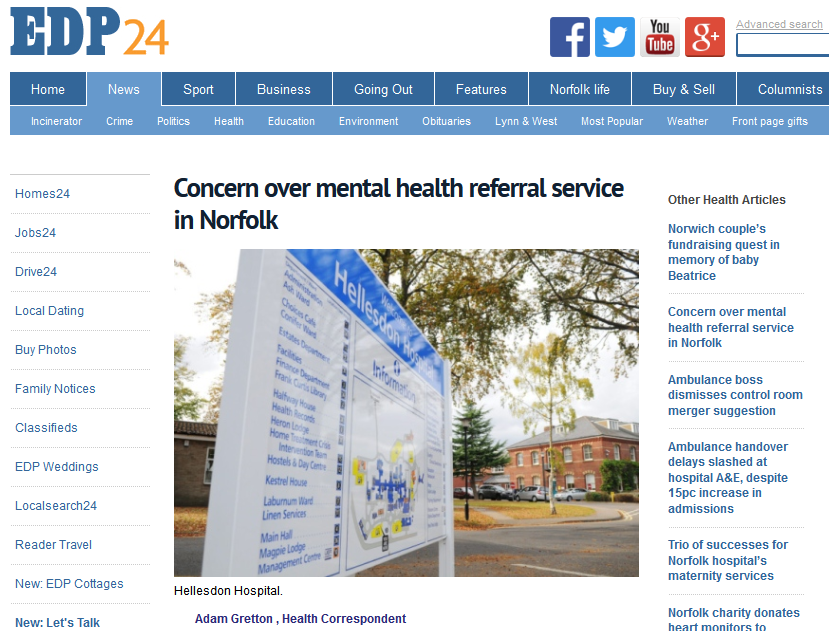