Calls for better mental health services echoed around the centre of Norwich today as hundreds of people took part in a march to send a clear message to NHS leaders.

Campaigners and politicians said action is needed now and called for steps to be taken at both local and national level to help people needing services.

The marchers paused at Castle Mall, a spot where people have committed suicide in the past, and a candle was lit in their memory with a minute of silence observed.

Norfolk and Suffolk NHS Foundation Trust was the first mental health trust in the country to be put in special measures last year, after cutting services as part of a radical transformation which has delivered £44m in savings over the last four years.

The trust’s poor performance following its transformation prompted the birth of Campaign to Save Mental Health Services in Norfolk and Suffolk, which organised the march on Saturday.

Terry Skyrme, a member of the group who used to work for the trust, said: “The stretching of the services provided is stressing the staff.

“The staff are very caring but they’re struggling to do a good job because they’re so stretched.

Click on the image below to read the article (which also contains a gallery of photographs) in full on the EDP website: 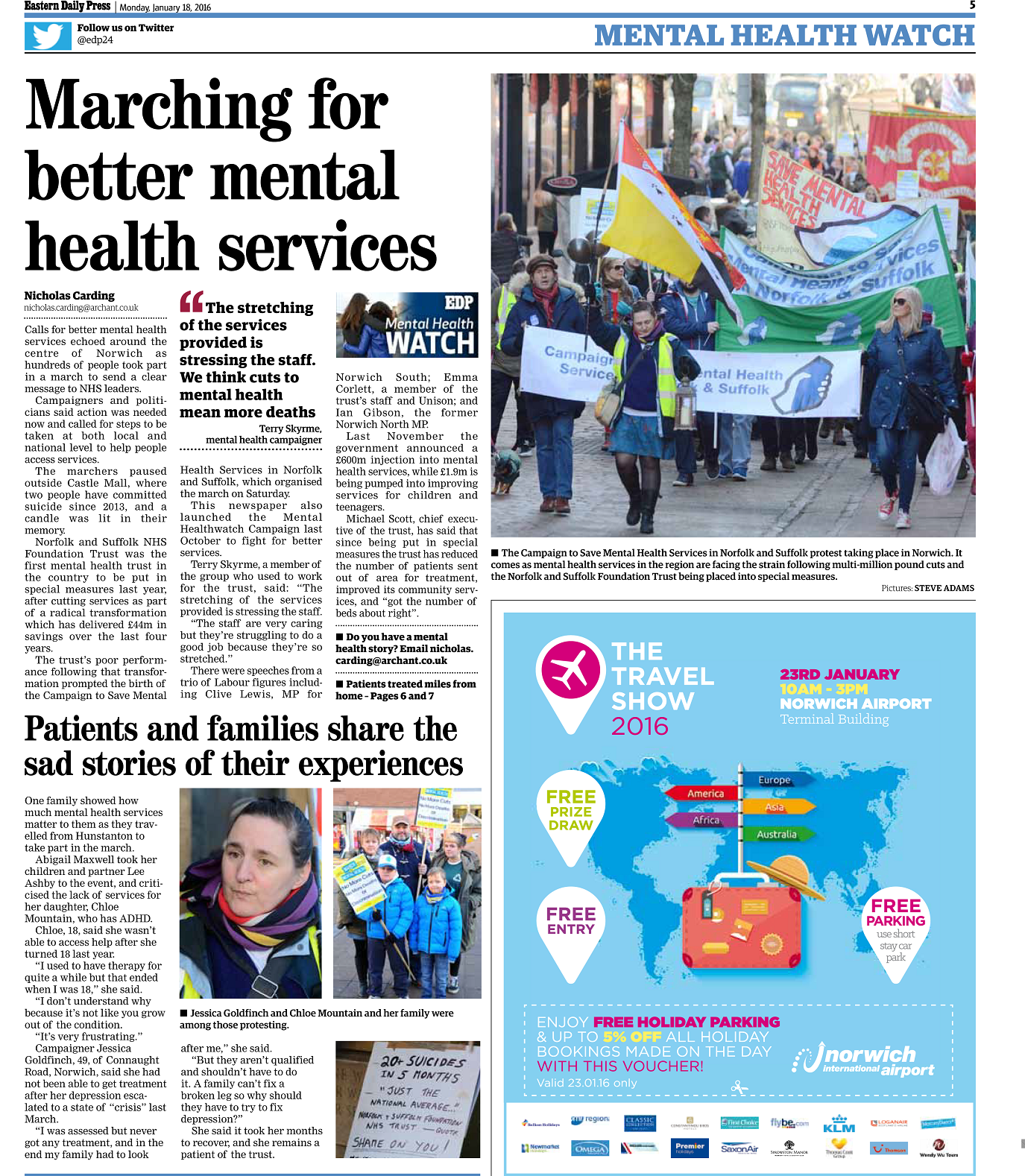