This gallery contains the financial performance Powerpoint presentation made to the Norfolk & Suffolk NHS Foundation Trust (NSFT) Board of Directors meeting on 23 October 2014: 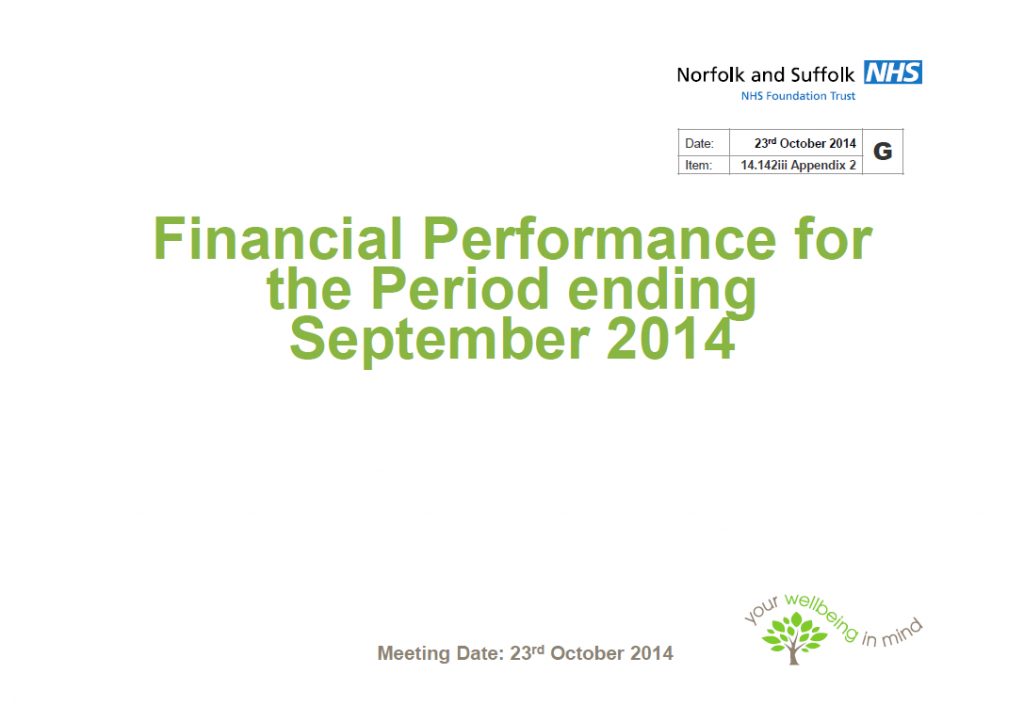 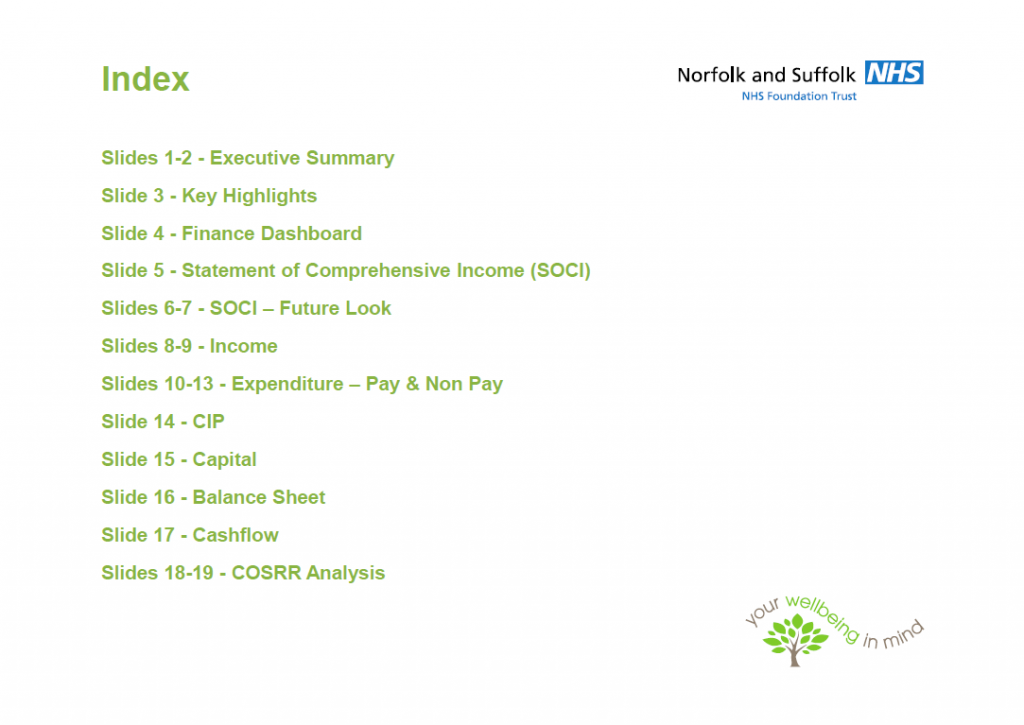 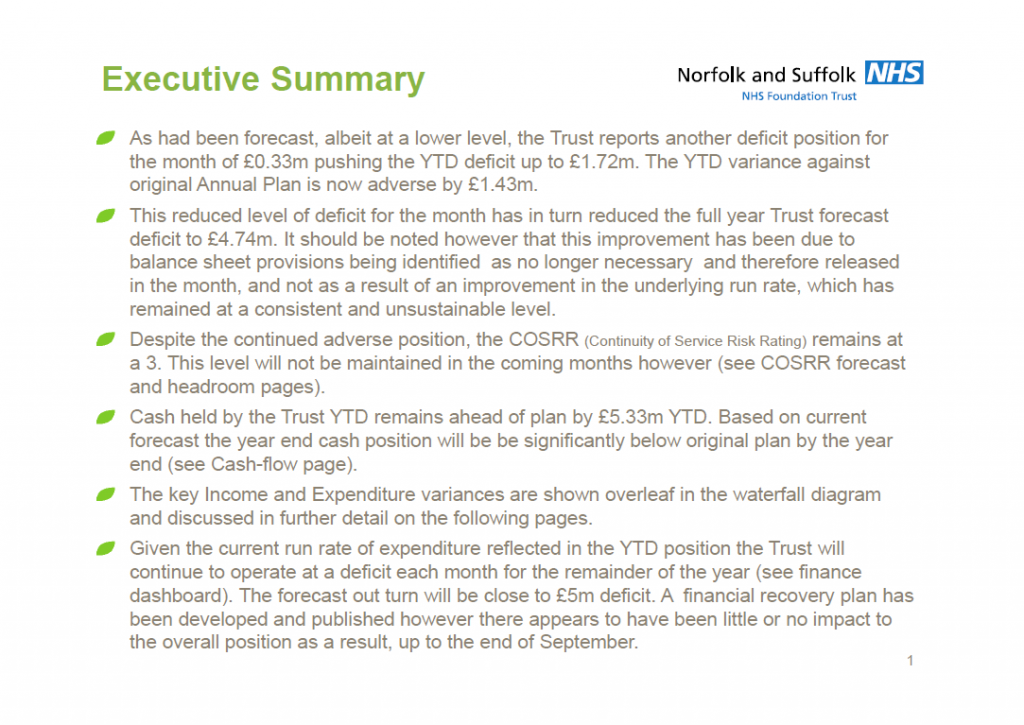 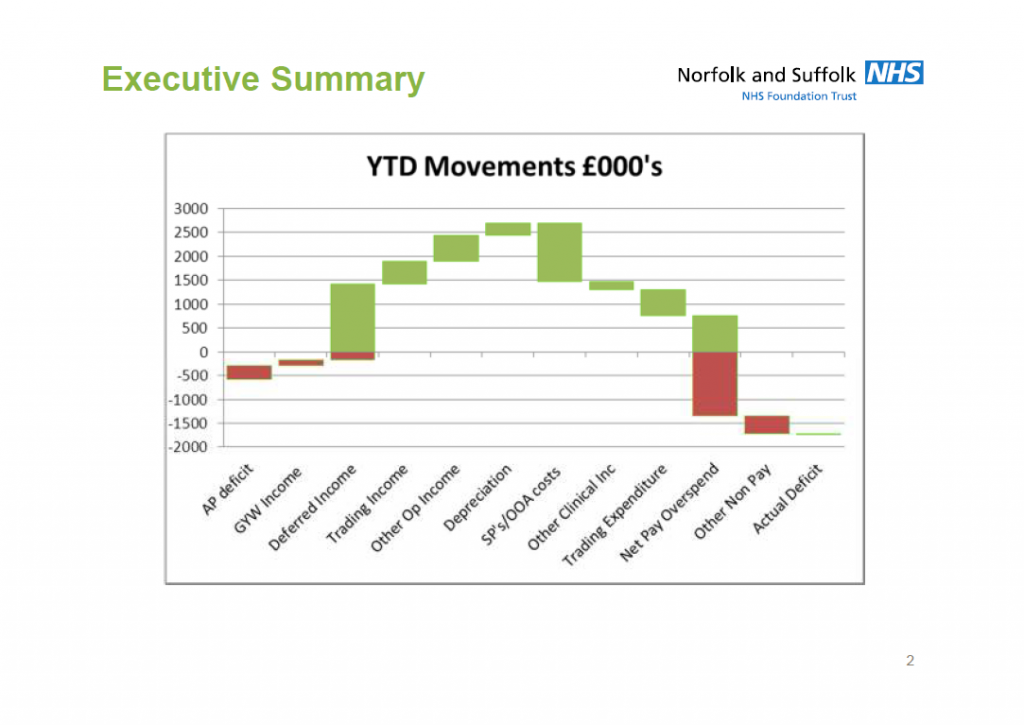 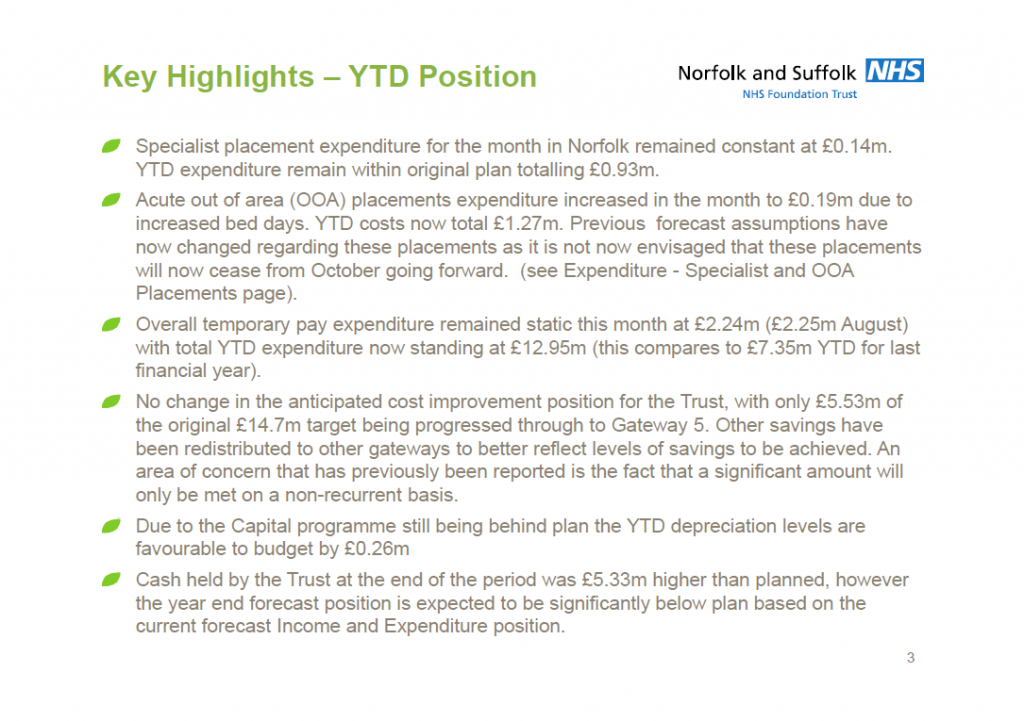 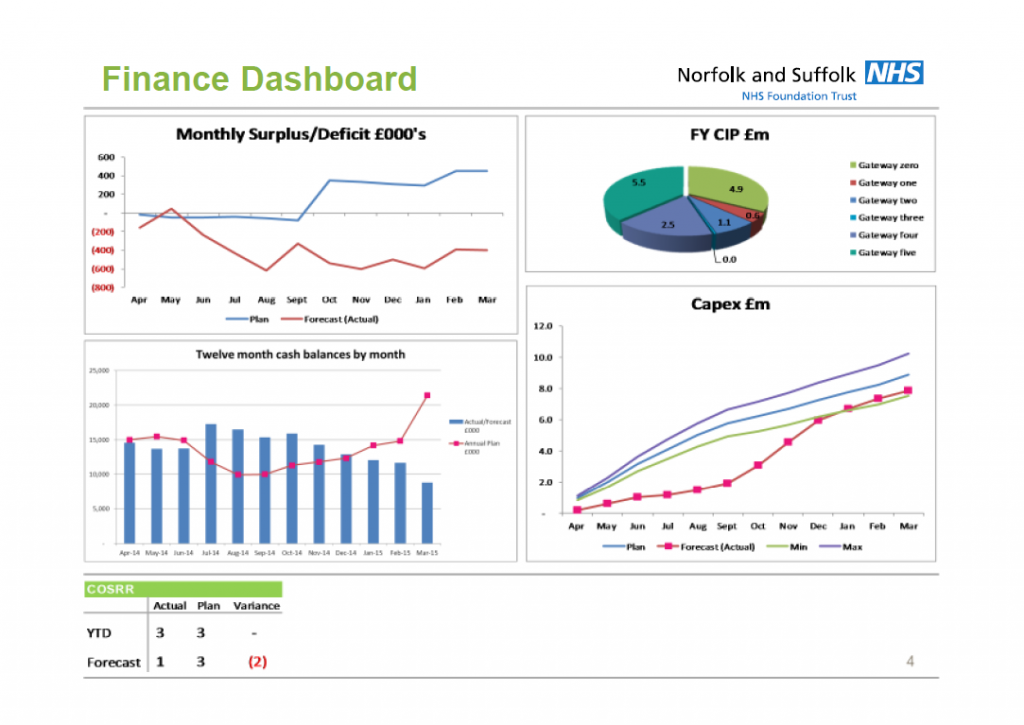 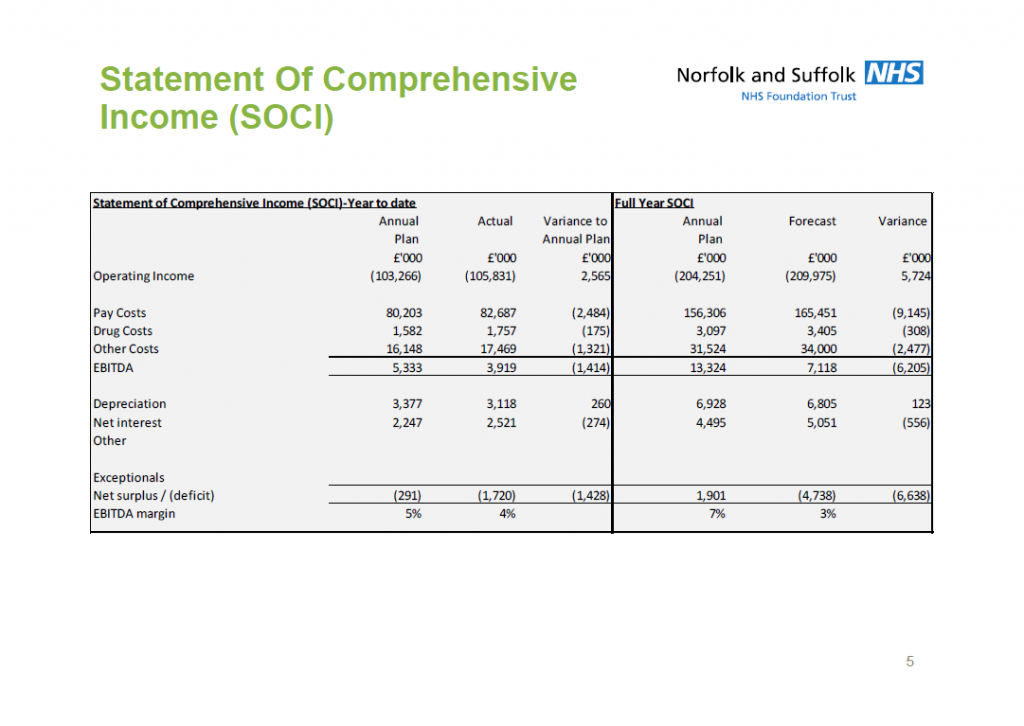 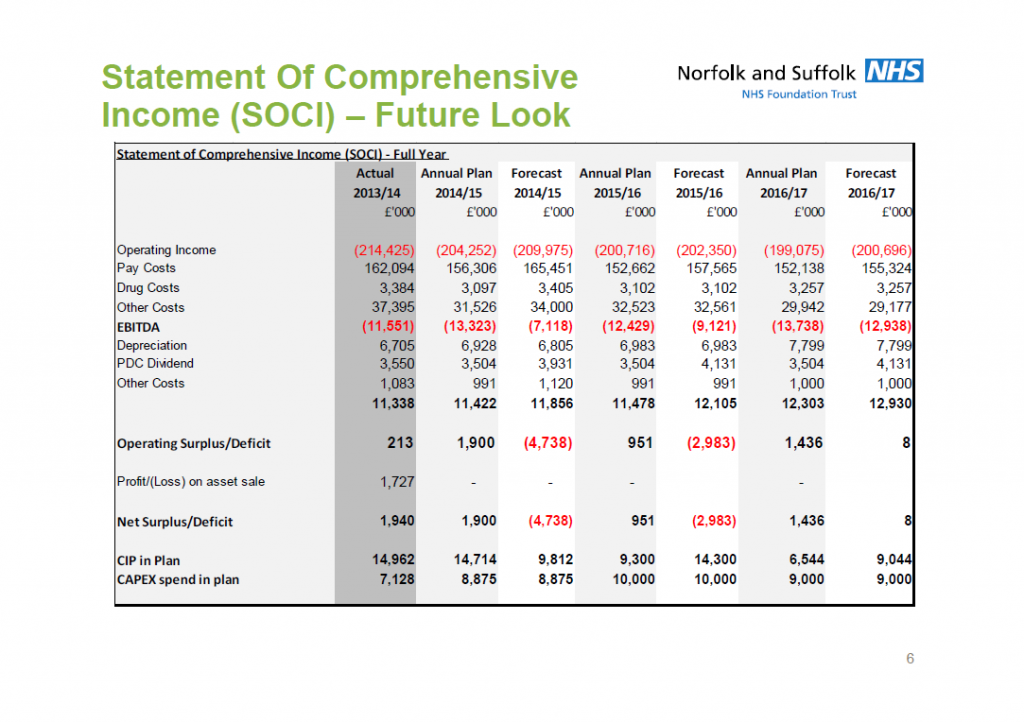 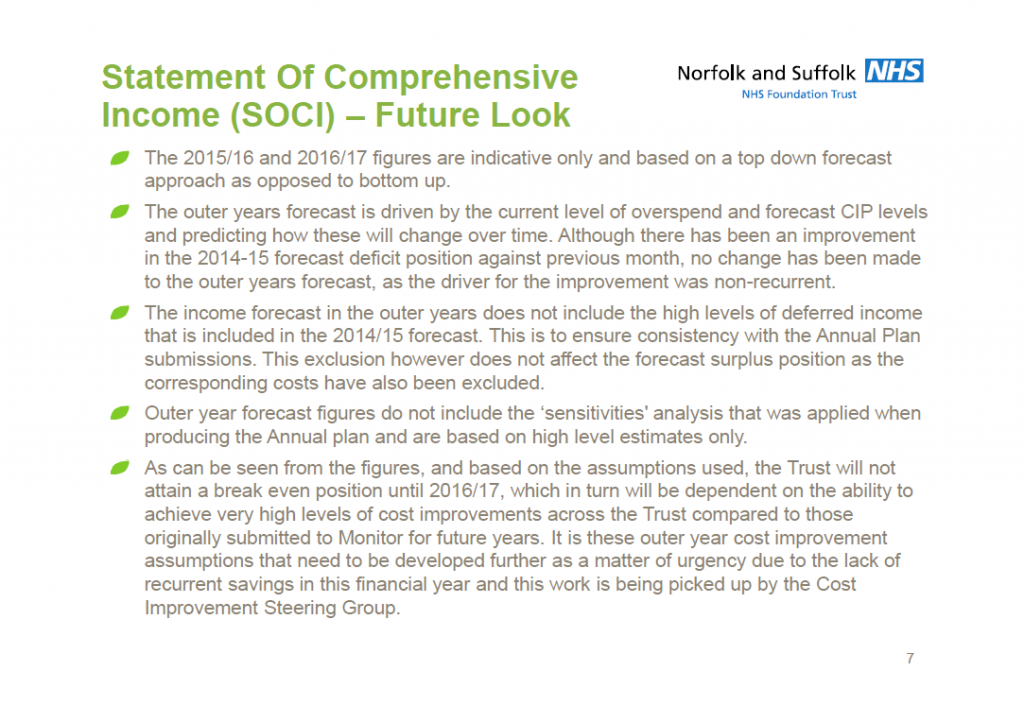 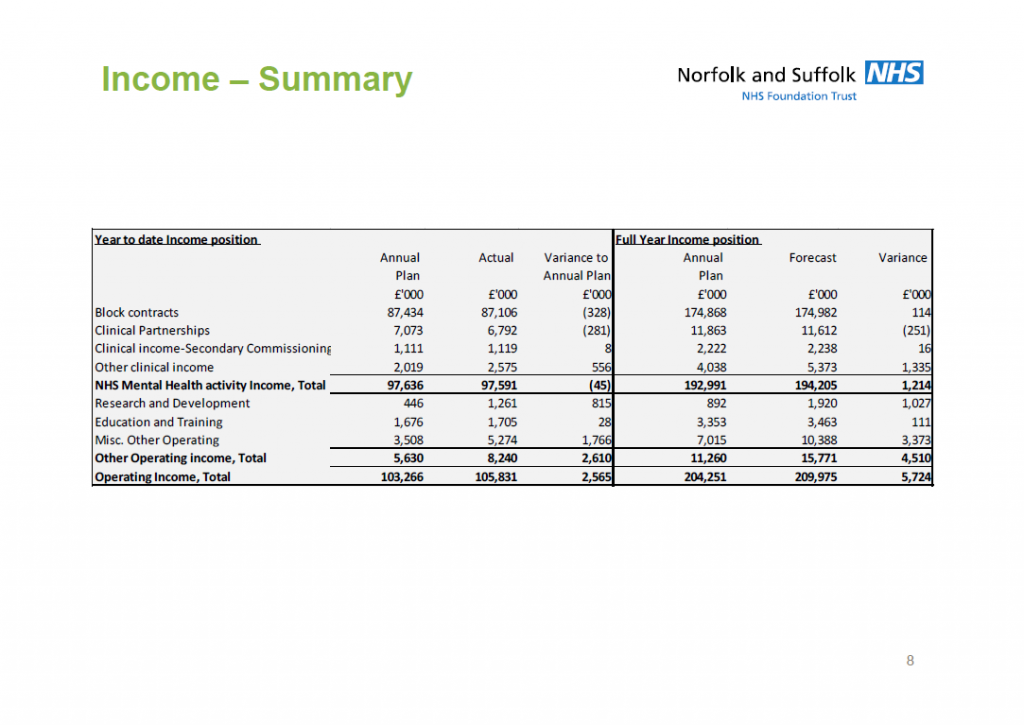 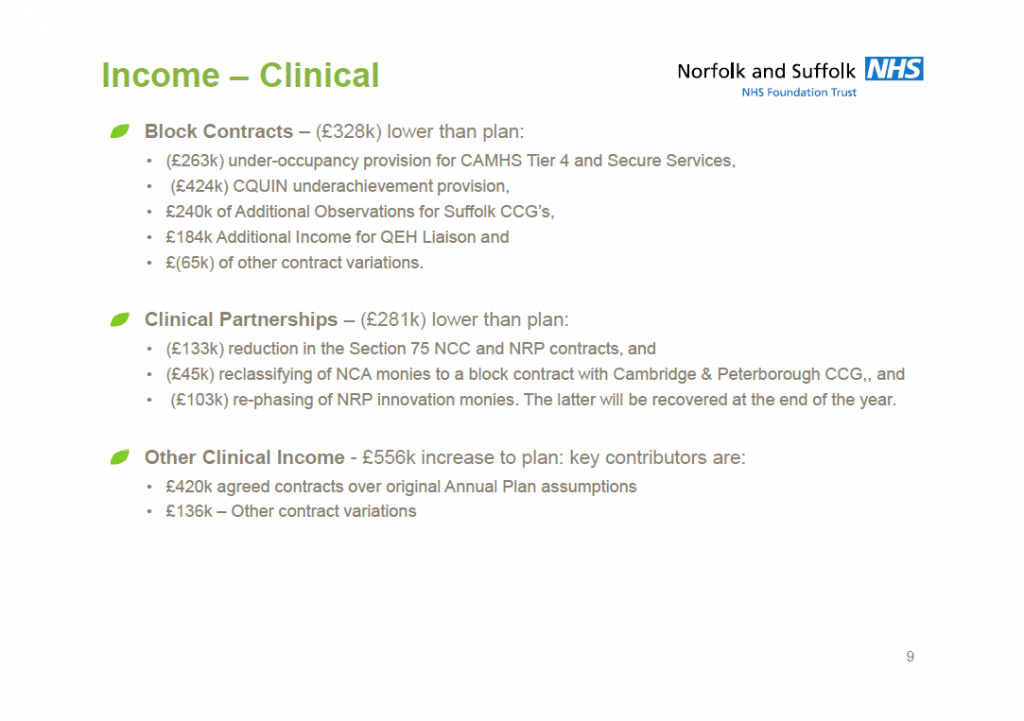 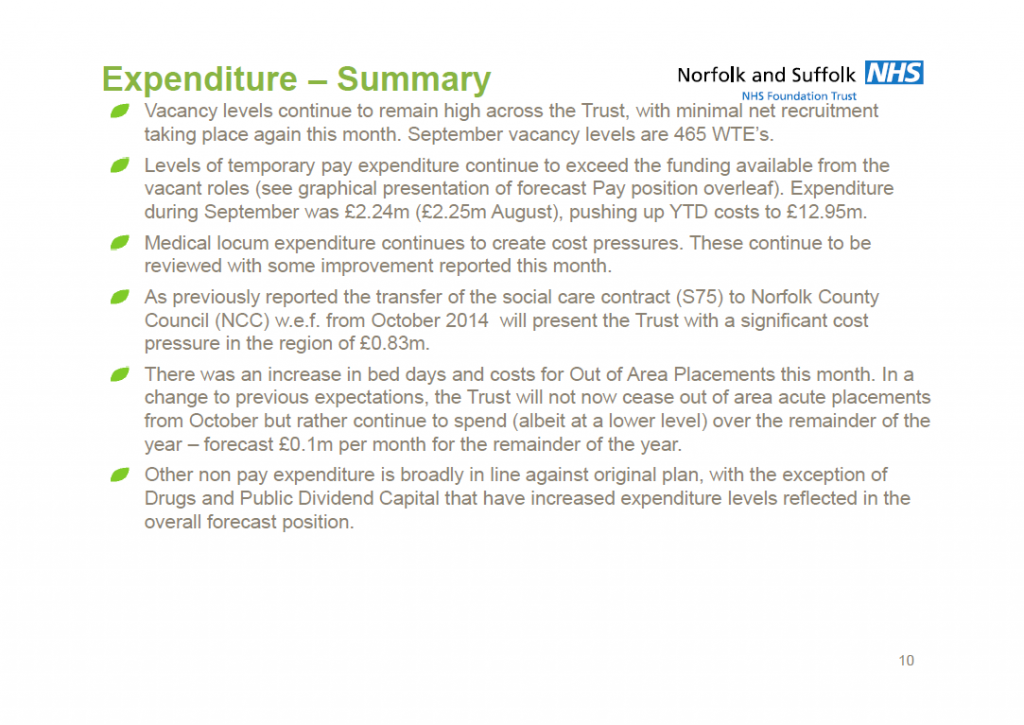 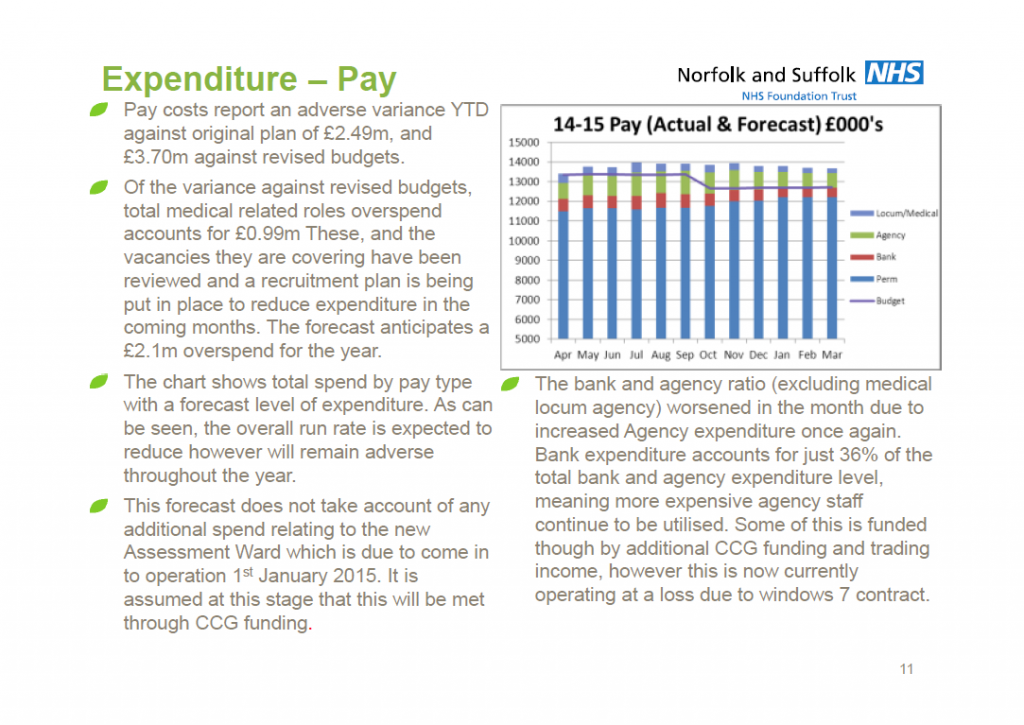 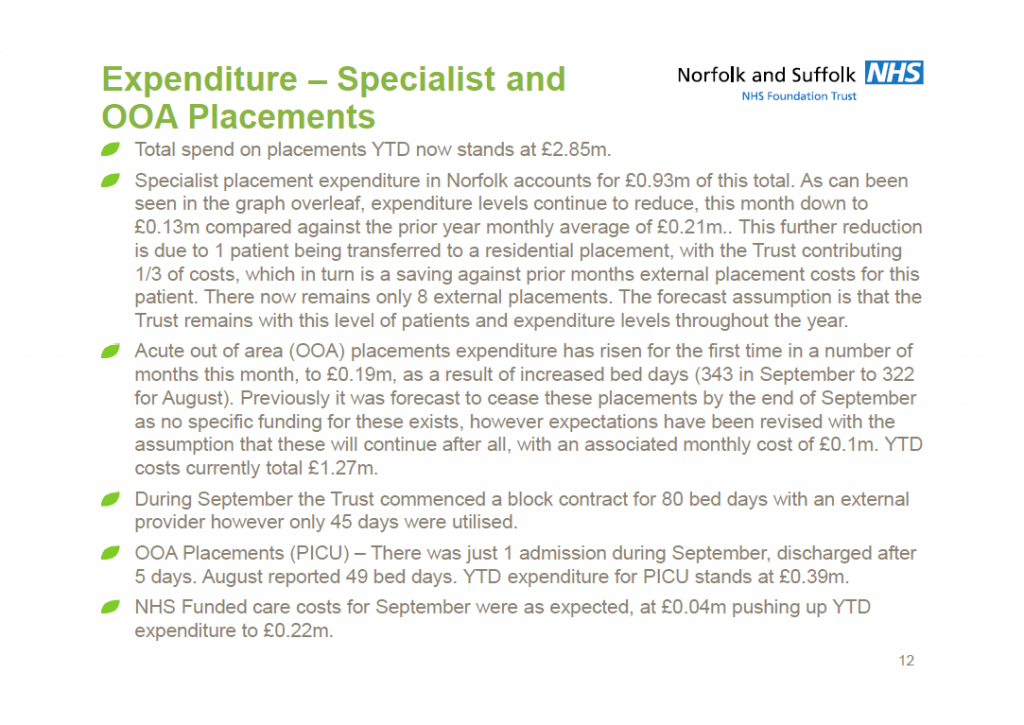 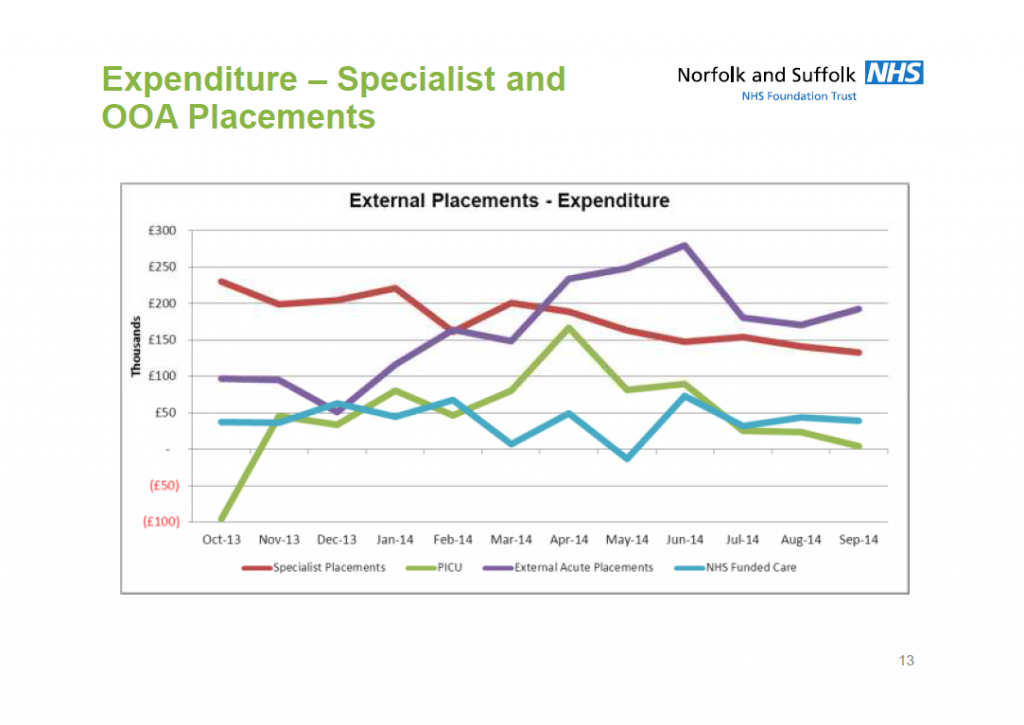 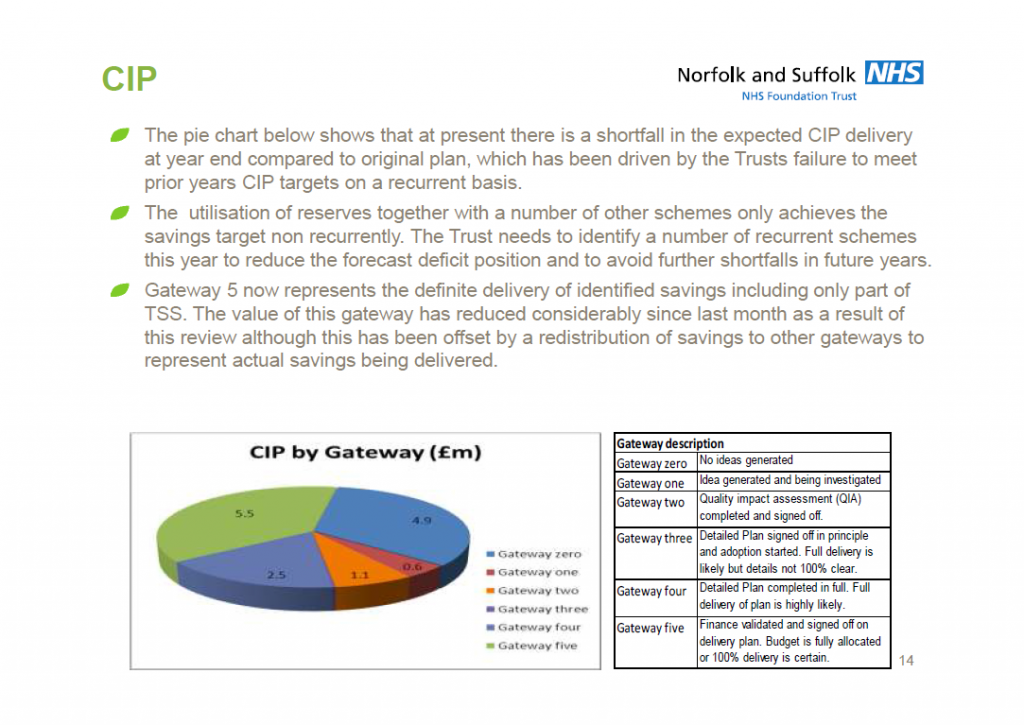 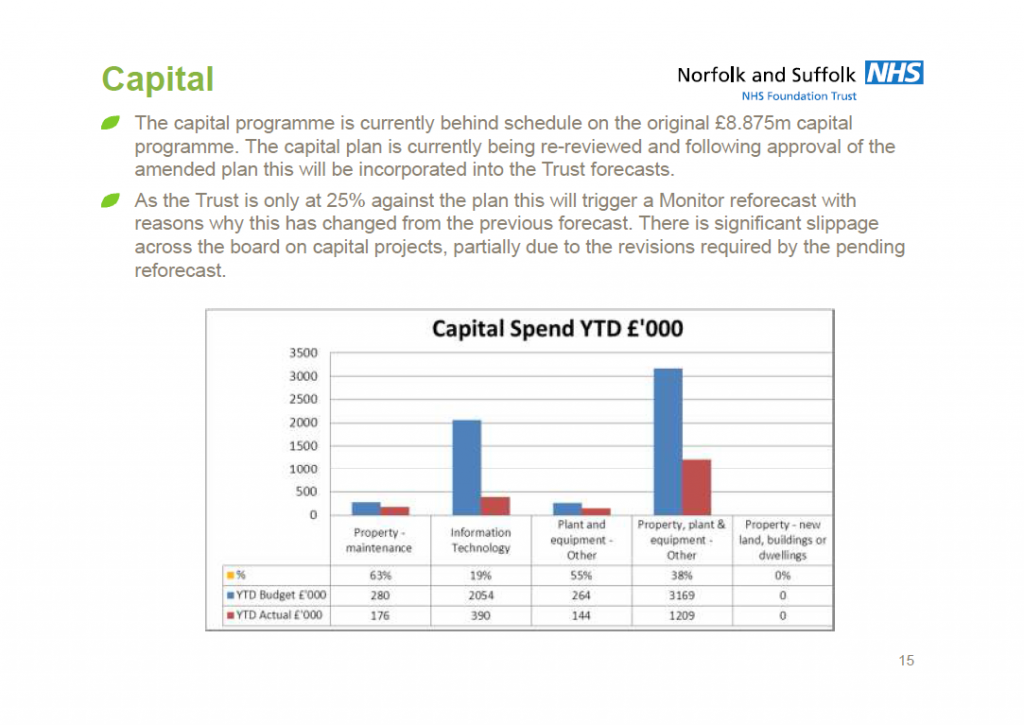 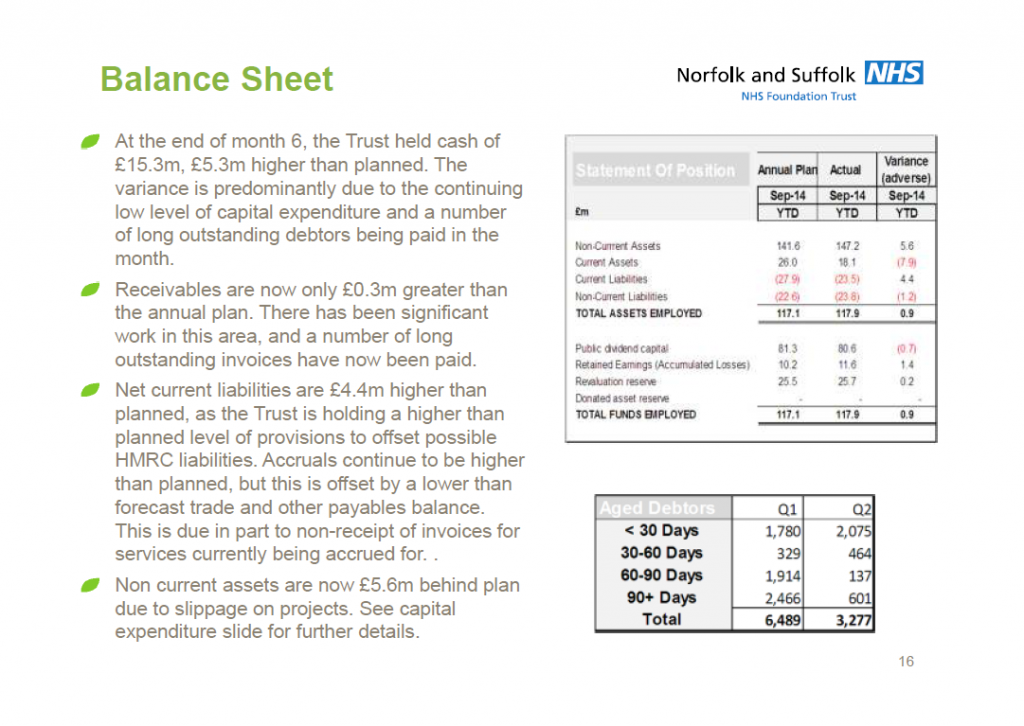 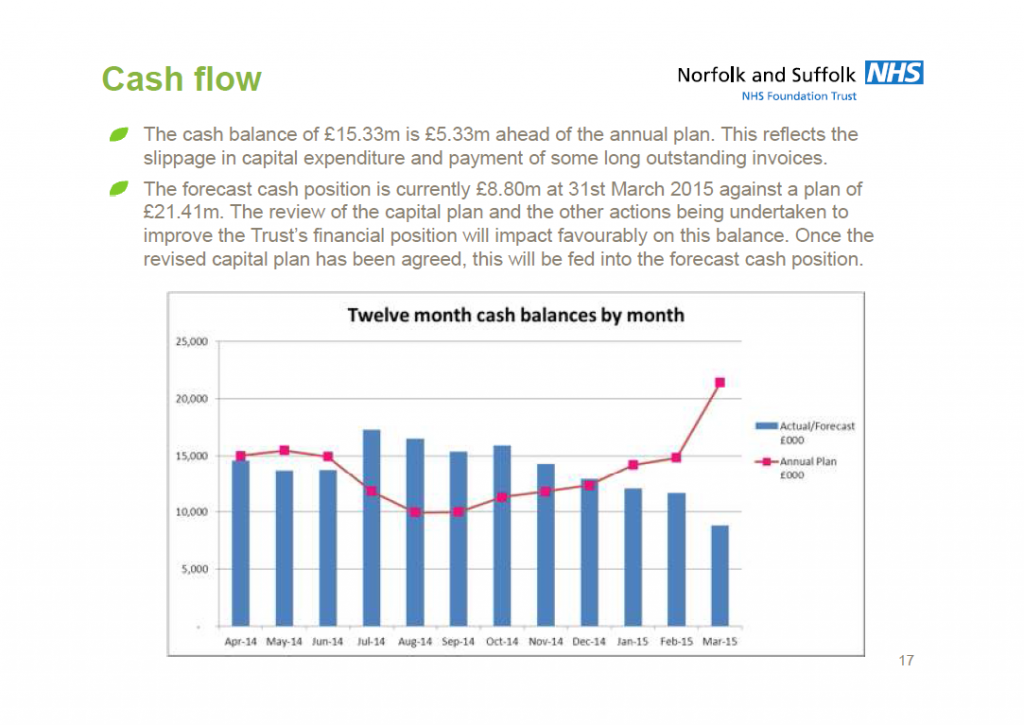 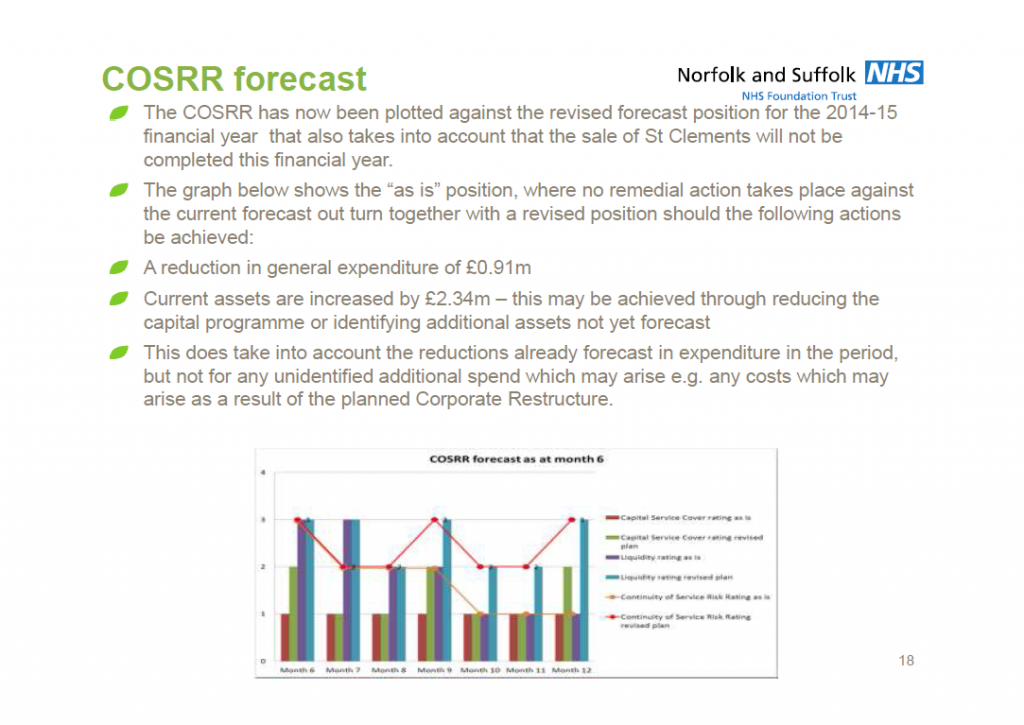 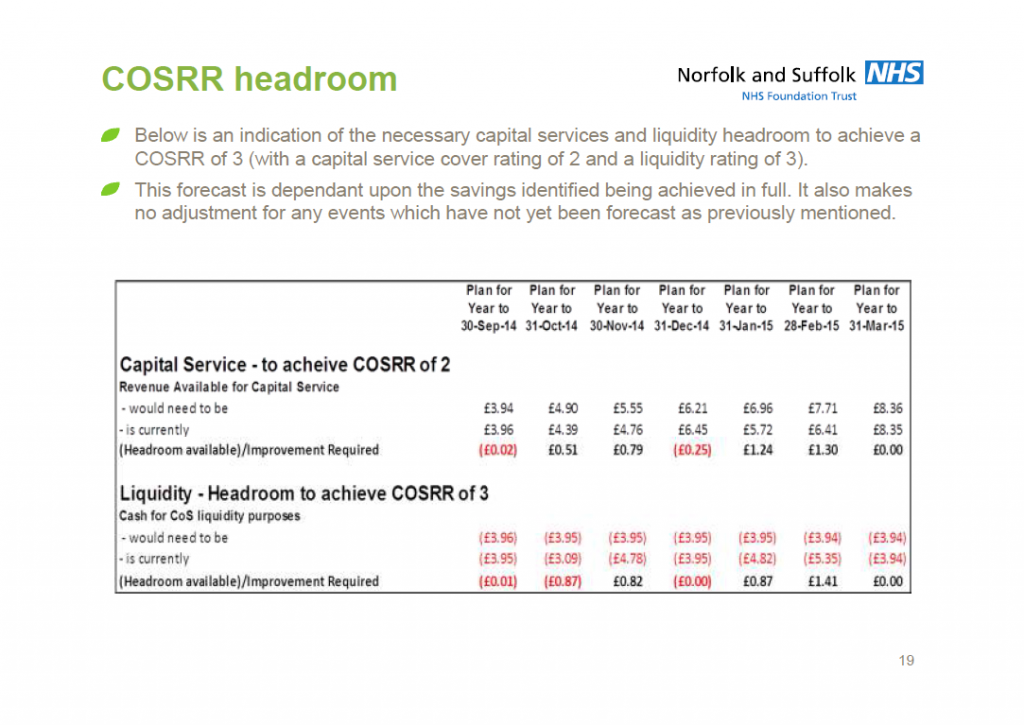 We analysed NSFT’s business plans and privately told NSFT many weeks ago that we believed that Monitor would be in by Christmas. Sadly, it looks as though we were correct, give or take a month. The radical redesign has been catastrophic for finances and services at NSFT.

You can ask questions in the comments section below.