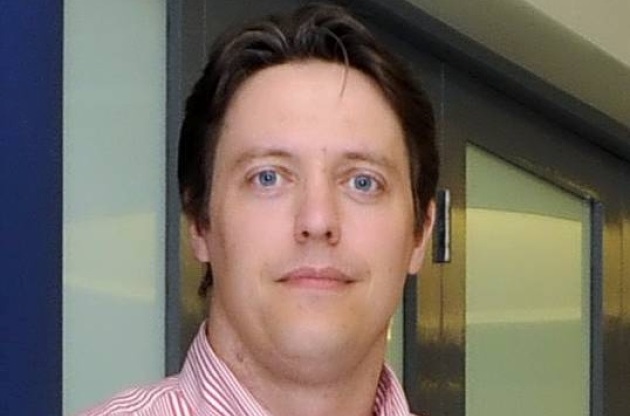 UPDATE: NORWICH CCG HAS DECIDED TO DELETE THE FOI RESPONSE WHICH DETAILED HOW MUCH THE GOVERNING BODY EARNS FROM NORWICH CCG WEBSITE. DON’T WORRY THOUGH, IN THE INTEREST OF NHS TRANSPARENCY WE KEPT A COPY WHICH YOU CAN CLICK HERE TO READ.

We’ve written about Jonathon Fagge, the £115,000 per annum Chief Executive of Norwich Clinical Commissioning Group (CCG) before, in relation to the failure of the central Norfolk CCGs to stop Norfolk & Suffolk NHS Foundation Trust (NSFT) sending people in crisis all over the country at enormous financial and personal cost in spite of their own publicly-declared deadline to do so.

Paying himself around £15,000 per year more than Norman Lamb earns as Minister of State for Care and Support at the Department of Health, Mr. Fagge also finds time to maintain a self-promotional blog and a similar twitter feed. A recent blog post from Mr. Fagge contained, in addition to his half-empty diary of workshops and breakfasts, his brilliant solution to the crisis in health funding: that the NHS should employ fewer people with Band 5-6 skills (salaries between three and five times smaller than his salary) and rather more with Band 1-4 skills (salaries between eight and five times smaller than his outrageous remuneration). You can find the astonishing salaries of Fagge and his fellow bureaucrats here. The rather less generous NHS pay bands 1-4 can be found here.

Why are we paying bureaucrats enormous salaries at seven CCGs across Norfolk and Suffolk whilst simultaneously slashing services to the most vulnerable? If Chris Price, Chair of Norwich CCG, contributed a twenty per cent ‘efficiency saving’ from his salary, he’d still be earning more per day than the Prime Minister, David Cameron, and the NHS could employ another one of those Band 1-4s of which Jonathon Fagge is so fond.

Tracey Lambert’s  excellent and withering response to Mr. Fagge’s blog post is reproduced in full below:

Jonathon Fagge, Chief Executive of Norwich Clinical Commissioning Group, is not a doctor or a nurse, but appears to want us to believe that the NHS in Norwich and across England can achieve the impossible: improve the quality of care for a rising number of patients with fewer, less well qualified staff while absorbing the equivalent of 20% real terms cuts over five years as budgets are frozen.

Of course it’s easy for him to say: he is a commissioner, not responsible for delivering any frontline services at all: any cash pressures on Norwich CCG are simply dumped onto local providers of services – hospital and mental health trusts and community health services. The buck stops with them: if anything goes wrong, they take the blame as Mr Fagge and his pals sit back in their offices and contemplate their spreadsheets.

In the case of Norwich CCG, with a £218m commissioning budget, the proposed NHS spending freeze to 2021 opens up a gap of almost £42m between the resources available and the likely demands . Norwich CCG allocates roughly 14% of its budget to mental health care, when mental health need nationally on average accounts for 23% of NHS “disease burden”. That’s some disparity!

This, says Mr Fagge, requires year-on-year “efficiency savings” by providers of 4-5% – savings on a scale that Stephen Dorrell, Tory chair of the Commons Health Committee, has said have never been achieved by any health care system anywhere in the world.

Where is the evidence this is possible? There is none.

Where is the serious analysis of how money might be saved locally on the unprecedented level required? He offers none.

Mr Fagge asserts that for the last six years budget growth in the NHS has been less than “wage growth and inflation” – brushing aside the years of pay freeze already inflicted on NHS staff and the real terms cut in the value of nurses’ and other staff pay, equivalent to 11% of Band 5 for newly qualified nurses. He tactfully also glosses over the much higher increases paid to senior managers like him – averaging more than ten times the increases paid to midwives and almost 30 times the increases for paramedics.

He seems surprised that a shortage of 2,000 nurses is predicted for Norfolk & Suffolk by 2019. But his own figures should surely tell him that even if qualified staff were there to be recruited, there is no money to pay them.

Mr Fagge believes the cuts in NHS pay should go on. In his view, because of the deliberate under-funding of the NHS proposed in George Osborne’s spending plans, providers, facing inadequate funding from commissioners like Norwich CCG, “now have to find ways of cutting into the wage bill” – but, says Mr Fagge, this should be done “without reducing the quality of care”.

He gets annoyed when the local mental health provider does the same sums and points out that they are facing 20% cost pressures over five years, and the press, quite reasonably, point out that this will effectively result in a 20% budget cut for mental health. With Trust income frozen and costs and demand rising, where else does he think the money is to come from?

It seems Mr Fagge is looking to the King’s Fund for a magic wand to make everything work. Together, the CCG and the Fund’s policy wonks will “create a whole system model of integrated health care for the City – improving outcomes, reducing costs…”. It sounds marvellous: where has this been done? It hasn’t. Where is the evidence that this type of system, however good it may be for patients, saves money? There is none.

So where are the actual savings to be made? Mr Fagge believes the answer is downskilling the NHS workforce, replacing more expensive and better qualified nursing and professional staff with cheaper and less qualified support staff in “Bands 1-4” – who have also seen the value of their pay savagely cut in real terms in the last few years.

So using more Band 1-4 staff in place of existing Bands 5-7 – staff nurses, community nurses, health visitors, and therapists – Is there “huge scope for reducing the costs of care without reducing quality”?. Mr Fagge has no evidence. But he “believes” there is.

Do you want to take his word for it?

Or do you think maybe Mr Fagge is living in an imaginary world of his own creation, and hiding there to avoid telling local people that the government cash limits are threatening to wreck the NHS?

Without a break from George Osborne’s spending freeze, the NHS faces a massive and continuing crisis. And the more Mr Fagge and his ilk try to convince us that this is not so, and dump the problem onto hapless Trust bosses, the worse things will get for patients and for hard-pressed staff.

Why not have a workshop on that, Mr Fagge?

3 thoughts on “Jonathon Fagge’s blog on reducing wages and skills in the NHS: Withering response from campaign supporter Tracey Lambert of Unison”