Thousands of mentally unwell children are being failed because of “serious and deeply ingrained problems” in the provision of care, MPs warn today.

Its report warns how “in many areas early intervention services are being cut or are suffering from insecure or short term funding”.

But Tory MP Dr Sarah Wollaston said it was a “disgrace” that data had not been collected centrally for over a decade.

She highlighted how the cost of a child’s in-patient bed in a mental health ward costs £25,000 a month. If that sort of cash had been spent on early schemes such as drop-in services it could have helped avoid the need for dozens of children to be admitted to hospital, she said.

Which CAMHS service suffered the largest cut according to NHS Benchmarking?

Read the Mirror story by clicking on the image below: 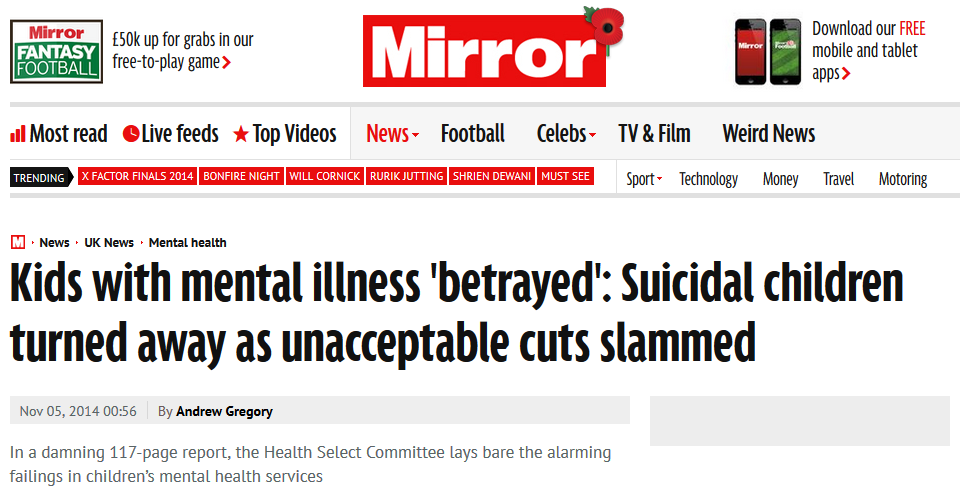