A mother of two was found hanged in her own home less than three weeks after she took an overdose, an inquest has heard.

The inquest heard that as a result of a review held following Miss Brickley’s death the Norfolk and Suffolk Foundation Trust is looking at ensuring patients are given appointments before they leave hospital rather than being expected to refer themselves.

Giving evidence at the inquest Miss Brickley’s partner, Louis Slatter, described her as “bubbly, outgoing and “a good mum”.

There are still too many cases in which Norfolk and Suffolk NHS Foundation Trust (NSFT) uses people failing to refer themselves, failing to respond to letters or missing appointments as an administrative excuse to discharge rather than as a clinical warning signal.

This is what the The National Confidential Inquiry into Suicide and Homicide by People with Mental Illness: Northern Ireland Report June 2011 said:

10. Services should ensure that comprehensive care planning takes place prior to hospital discharge as a key component of the management of risk.

11. Patients discharged from hospital should be followed up within seven days.

In 129 patient suicides (27%) and 10 patient homicides (53%), the patient missed their final appointment with services. Missed contact was an increasingly frequent antecedent of patient suicides during the report period, in contrast to Scotland and England – both these countries have in recent years introduced assertive outreach services, in which there is an emphasis on maintaining contact and improving engagement with people with complex mental health problems and a history of treatment refusal. Although clinical teams in this study usually took some kind of follow-up action following missed contact, this was often simply a letter or a further appointment sent by post. More assertive attempts to re-establish contact by visiting the patient at home were unusual.

NSFT has implemented the polar opposite of these recommendations: it has closed assertive outreach teams, cut staff training budgets and made some of its most experienced staff redundant at enormous cost, increased case loads, overseen dramatic growth in unallocated cases, created teams that are too large to function effectively and uses missed contact as a dubious excuse to discharge.

We have also heard alarming reports about the main reason for the failure of the recent medical psychiatric liaison pilot at the Norfolk and Norwich University Hospital yet NSFT’s ineffectual Board takes no action.

The freephone Samaritans’ helpline number is 116 123. 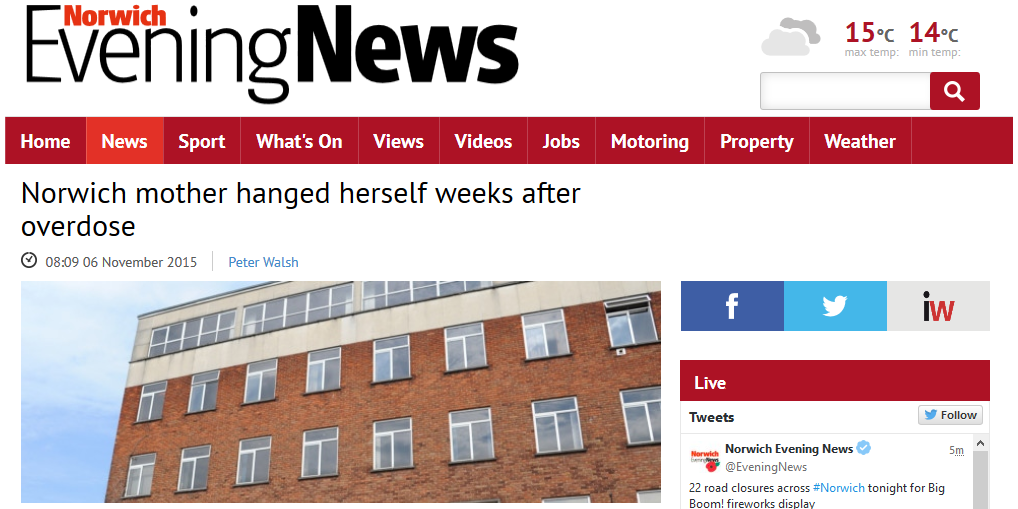