Campaigners say their “worst fears have been confirmed” after it emerged that the number of unexpected deaths of mental health patients in the region is continuing to rise.

Figures published by the region’s mental health trust show more patients died unexpectedly in the first half of this financial year than during the whole of 2012/13.

A spokesman for Campaign to Save Mental Health Services in Norfolk and Suffolk called for “decently funded” and “professionally managed” mental health services in the two counties. “These figures confirm our worst fears,” the spokesman said. “Would an increase of this kind be tolerated in physical health?

A former patient of the trust who was sent out-of-area for treatment this year said: “I found it isolating and frightening, and my condition deteriorated. The practice is unacceptable and counter-productive.”

Select the image below to read the exclusive story in full on the EDP website: 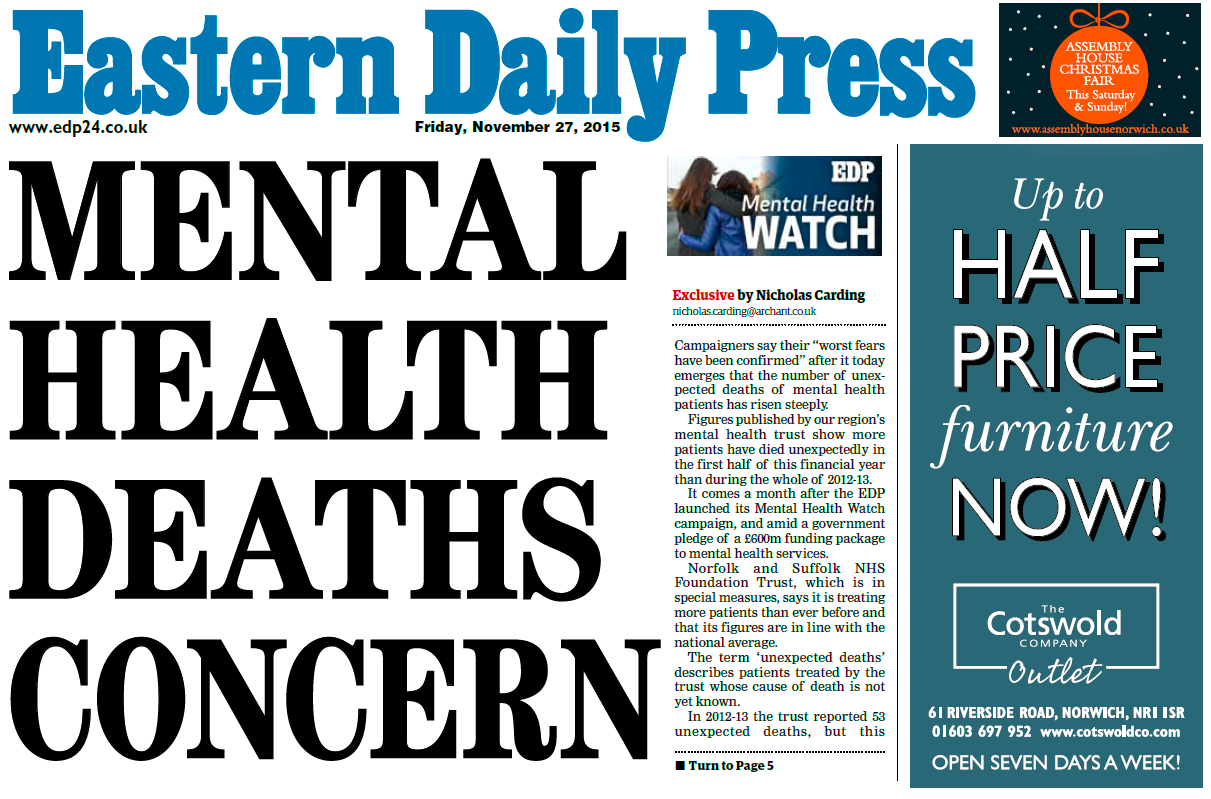