The number of Norfolk and Suffolk mental health patient deaths has gone up from four to six a month between 2013 and 2015, it has been revealed.

The 50% increase in the average number of deaths, excluding deaths by natural causes or those drug-related, goes before a trust meeting on Thursday.

A spokesman for the Campaign to Save Mental Health Services in Norfolk and Suffolk said the increase in deaths, which could include suicides and accidents, follows the reorganisation of mental health services in 2013.

The spokesman said: “Families across Norfolk and Suffolk are now paying the scandalous price of the cuts and chaos with an additional – and an unnecessary – funeral every 10 days.

“The people of Norfolk and Suffolk deserve and expect better. We demand a public inquiry in to what has gone wrong at NSFT and proper funding to restore decent services.”

Emma Corlett, who represents Unison members working for the trust, said: “I think it is really concerning, but sadly not surprising.

“We have been raising concerns at all levels about the impact of cuts to our service. It illustrates the broken system and the human costs of cuts to mental health.”

Norwich South MP Clive Lewis said: “These deaths are yet again the result of people let down by our services who are struggling to do their best under increasing workloads and with less resources.”

Our sources indicate that the BBC’s interpretation of the statistics is conservative and that the number of patient deaths in the community, excluding those that are due to natural causes and drug and alcohol misuse, has now increased by a staggering 75% since the introduction of the radical redesign, resulting in an additional and unnecessary funeral in Norfolk or Suffolk every ten days.

NSFT couldn’t even be bothered to respond to the BBC.

Join us tomorrow to let the NSFT Board know how you feel.

Read the full story on the BBC website by clicking on the image below: 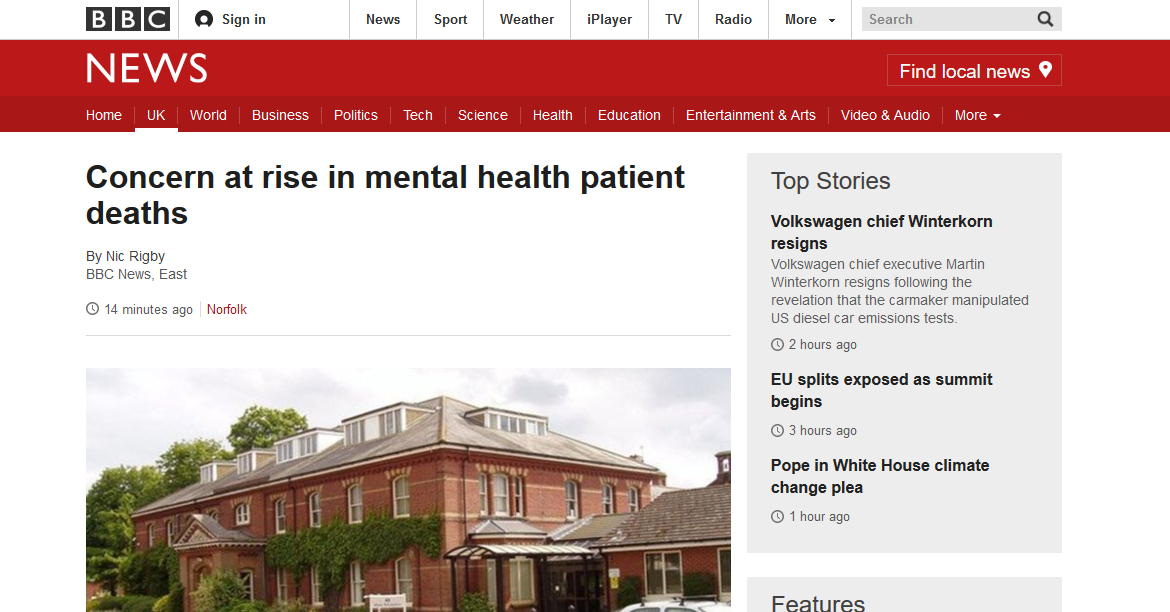