The regulators of NHS trusts, Monitor and the NHS Trust Development Authority, have published their Learning from Mistakes League table.

The Chief Executive of Norfolk and Suffolk NHS Foundation Trust (NSFT), Michael Scott, has repeatedly tried to explain unexpected patient deaths nearly tripling by claiming that NSFT is a ‘high reporter’ with an open culture:

The red exclamation mark means NSFT has a ‘poor reporting culture’ according to the NHS regulators.

Then again, we all knew this, didn’t we?

As Susie Fowler-Watt of the BBC asked Michael Scott:

“It is good to be transparent but it is not good that these people are dying in the first place, is it?”

The only person happy with Michael Scott’s performance at NSFT is his bank manager.

Thanks once again to Saul Timothy for the amazing artwork! 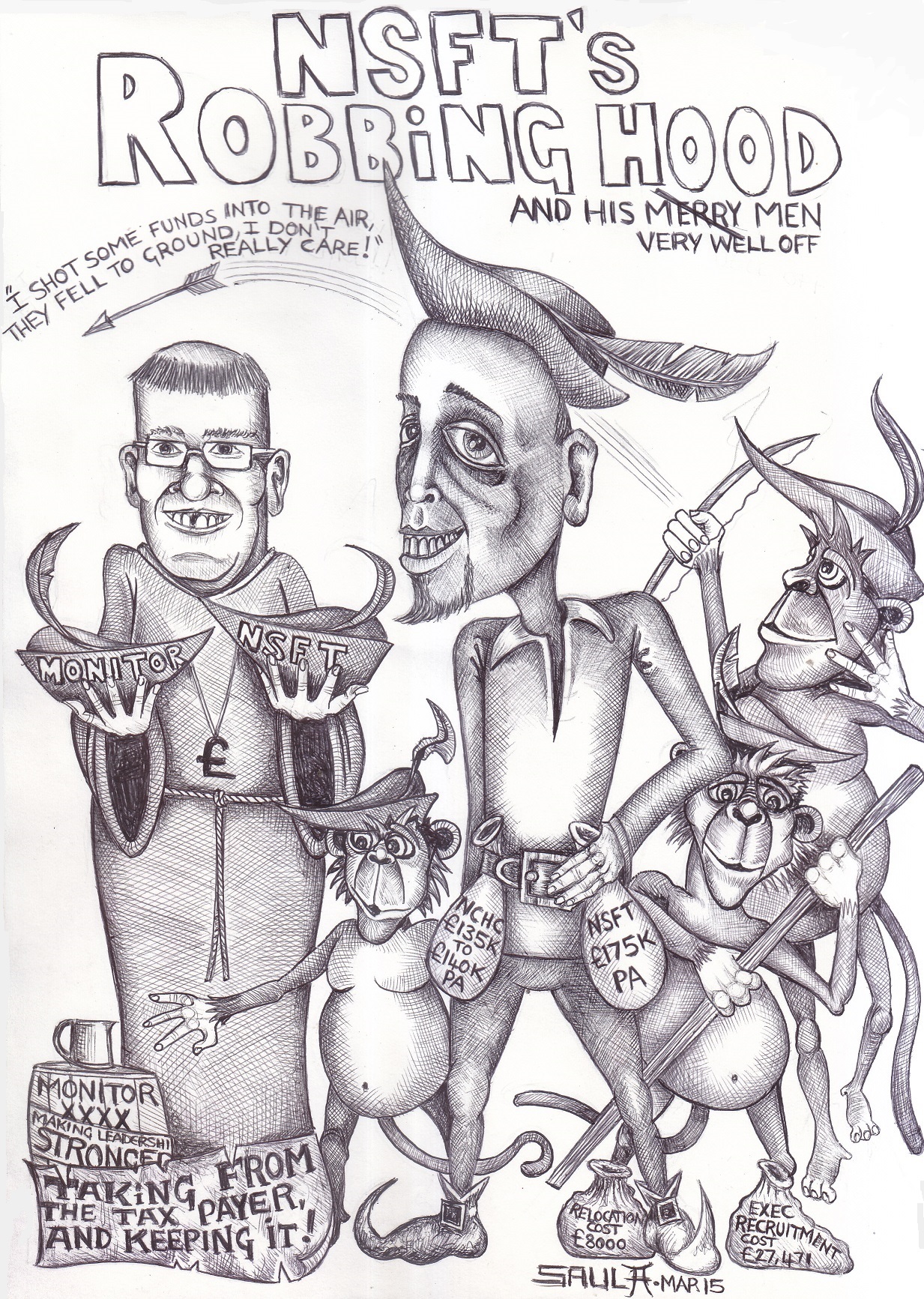