A private hospital rated as inadequate has closed down after a mental health trust withdrew all its patients, citing safety concerns.

Norfolk and Suffolk NHS Foundation Trust (NSFT) said it was not confident that safety improvements at the 27-bed Mundesley Hospital in Norfolk were taking place quickly enough.

This isn’t what complacent Jane Sayer was saying to the EDP before her ‘resignation’ following the publication of the CQC’s damning report following its inspection of NSFT itself.

In a statement, NSFT – itself rated inadequate by the CQC – said: “We have been closely monitoring the situation at Mundesley since its recent CQC report was published, to ensure the continued safety of our patients. But we are not assured that remedial safety actions are being put in place quickly enough.”

We’re not sure this action was driven by NSFT as is claimed since a statement from Mundesley Hospital in the EDP implies that NSFT was instructed to withdraw its patients by CCG commissioners. Neither NSFT nor commissioners appeared troubled by the inadequate ratings of Mundesley Hospital until the CQC’s concerns entered the public domain via the media.

A spokesman for the Campaign to Save Mental Health Services in Norfolk and Suffolk said it had raised serious concerns about the hospital.

“Surely NSFT and local commissioners should have noticed that care was inadequate?” he said.

He said patients now faced the prospect of being sent hundreds of miles away from friends, family and care professionals.

While our campaigners were raising serious concerns about Mundesley Hospital, NSFT and local commissioners spent millions of pounds sending NHS patients to a hospital which failed all of its Care Quality Commission inspections.

Now, with the closure of Mundesley Hospital, people who need a mental health bed face the prospect of being sent hundred of miles away from friends, family and health care professionals. The CQC was clear that patient care was being damaged by the lack of local mental health beds: the NHS in Norfolk and Suffolk must provide them. 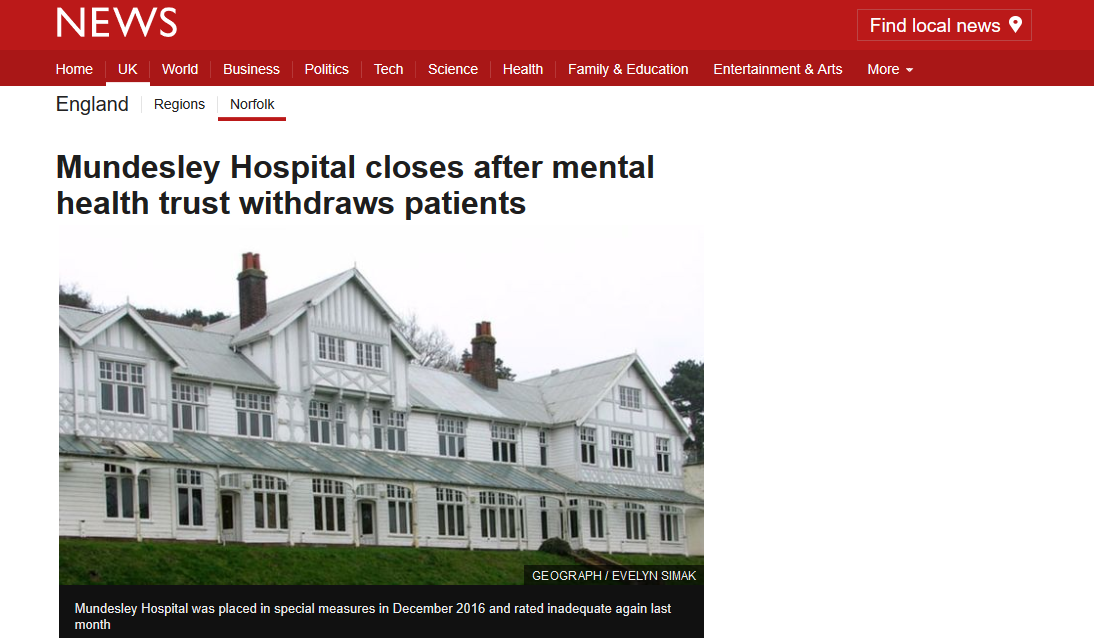