Norfolk & Suffolk NHS Foundation Trust (NSFT) has tried to intimidate us into silence and failed.

Instead, NSFT has silenced itself, unable to find any member of the executive team willing to defend the indefensible on the BBC. Whatever happened to public accountability? How much is Fay Quayle, the interim Head of Communications, being paid to enable NSFT to refuse to communicate with the nation’s public broadcaster? How many ‘interim’ executives can NSFT have?

Listen to Emma Corlett, a mental health nurse and campaign member, a volunteer and not an ‘interim’, talking about the crisis in mental health: 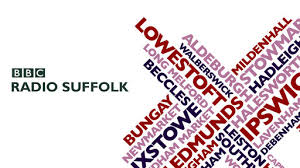 Well done @sarahboseley. A questioning and rigorous approach yields a vitally important story and a scoop. How were medical journals and WHO caught out over hydroxychloroquine? theguardian.com/world/2020/ju…

Bears defecate in the woods. theguardian.com/world/2020/ju…