More excellent investigative reporting from Nicholas Carding of the EDP, showing how people in crisis from Norfolk and Suffolk are being transported across the country due to a chronic lack of beds. We’re deeply concerned that some people in crisis are not getting a hospital bed at all.

Let’s not forget that NSFT and North Norfolk, South Norfolk and Norwich CCGs promised two years ago that they would take action to stop the use of out of area beds by the end of April 2014. But they broke their pledge, denied their pledge, everybody played the NHS Blame Game and the bed crisis became worse. NSFT continues to close beds, even those it promised not to shut until replacement beds were ready. Of course, during the radical redesign NSFT promised that beds would not be closed until it was shown they were not needed after community services were enhanced. Instead, NSFT and the commissioners closed beds, wasted millions of pounds making experienced staff redundant and cut community services regardless – while giving the Chief Executive, Michael Scott, a salary £35,000 per year higher than his predecessor. 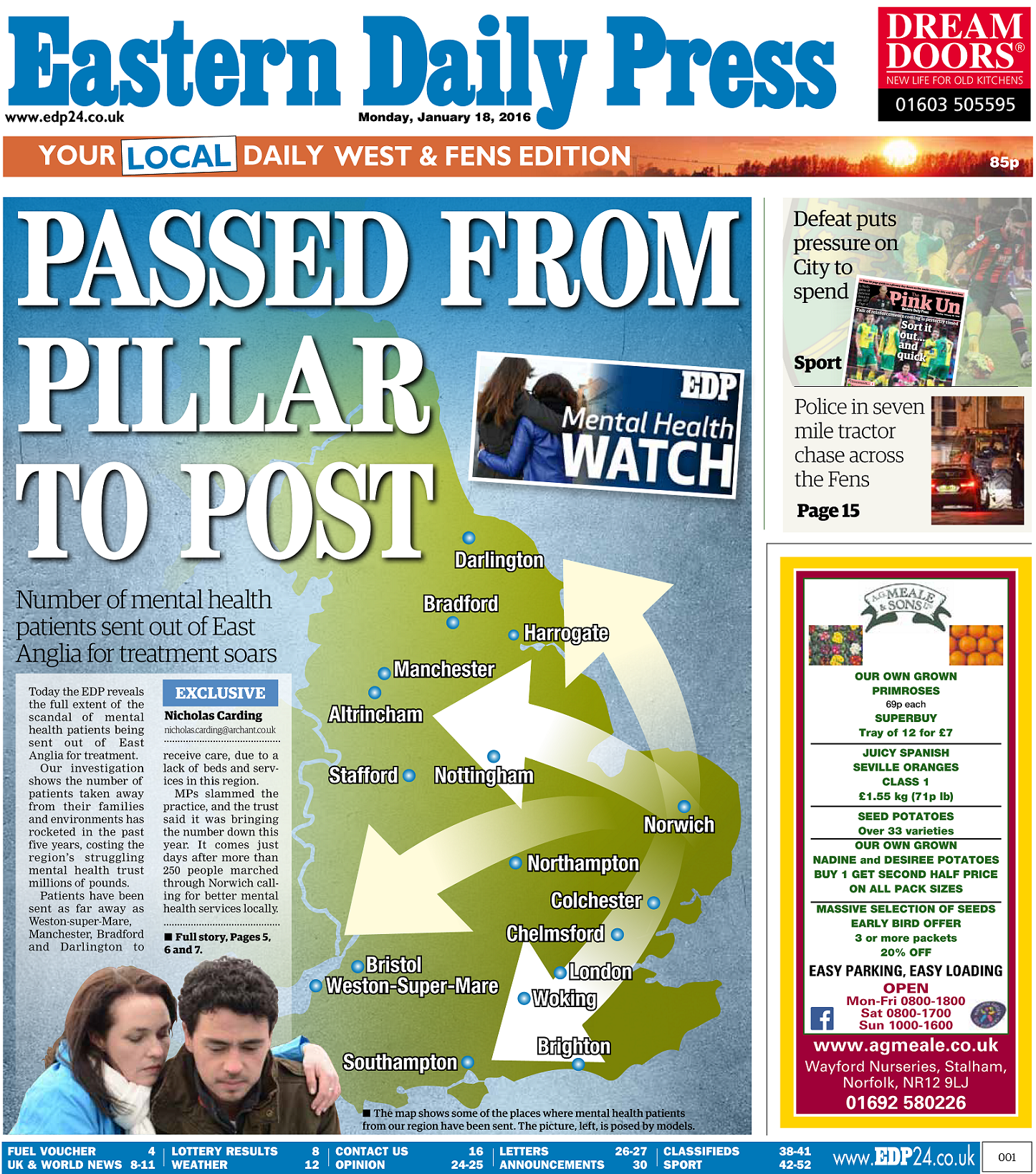