Ever wondered why NSFT does so badly in the NHS Staff Survey? 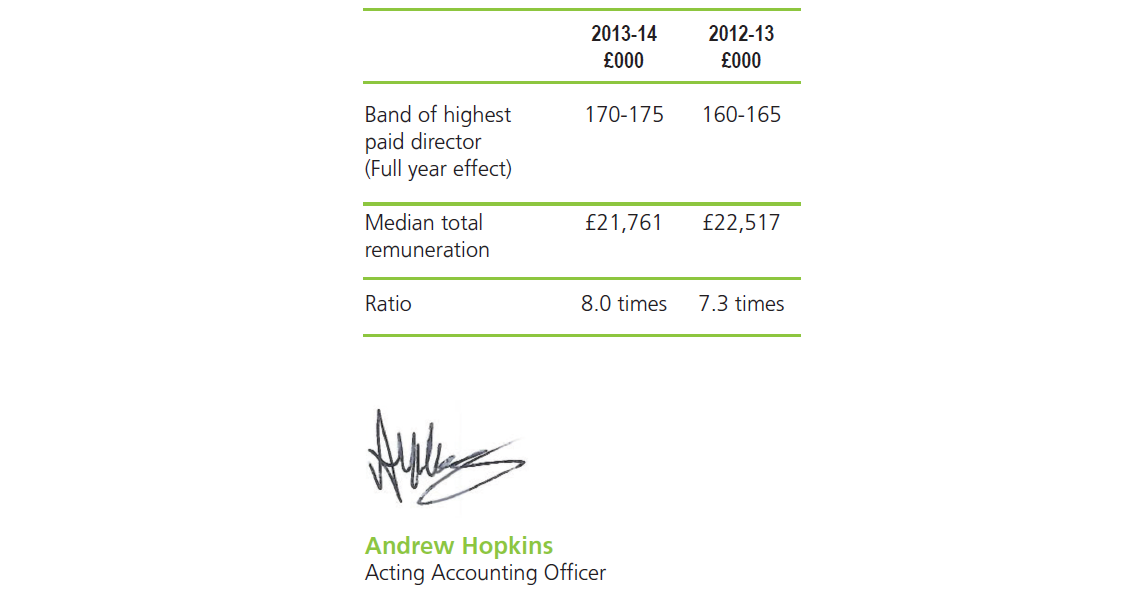 In 2011-12, the Fair Pay Ratio was 6.3, meaning the highest-paid director was earning 6.3 times the median salary. By 2013-14, the Fair Pay Ratio had risen to 8.0 which is 27% worse than three years before, while services and budgets have been cut, staff have been made redundant and pay has fallen.

“Cuts to frontline mental health staff at Norfolk and Suffolk NHS Foundation Trust (NSFT) have been laid bare in the Annual Report & Accounts 2013/14, published ahead of the Annual General Meeting due to take place today (Friday) in Ipswich, Suffolk.

The number of nurses has fallen by 10%, health care assistants and support staff by 29% and social care staffing by a staggering 53%.

The average staff salary fell by 18% or £4,796 in just three years. Average pay crashed by £756 in the last 12 months alone – at a time of rising energy and food prices for families.

Most alarmingly, during what we have been told is a public sector pay freeze, the gap between the lowest-paid and highest-paid staff at NSFT has widened, with some of the highest earners seeing a quite disproportionate increase in pay during the 2013/14 financial year.

“Over the past year, NHS frontline staff at NSFT have had a £756 pay cut forced on them by austerity imposed by a government who claimed “we are all in this together”. On top of this, staff at NSFT have been down-banded, with community staff also having their travel allowances cut.

We have members in full and part-time work experiencing real financial hardship, with some unable to put petrol in their cars at the end of the month and some relying on foodbanks.

It is a slap in the face for staff, who provide care in the most difficult of circumstances, that those who should have been closely supervising and attempting to minimise the impact of government cuts have slashed staff pay while receiving generous increases themselves. It beggars belief that they need to ask why staff morale is so low.”

The cost of temporary staffing to fill 485 vacancies, many caused by unwise and expensive redundancies, has rocketed to an unsustainable £16 million. This includes a 109% increase in the use of locum doctors, from 32 in 2012 to 67 in 2014.

The number of health care assistants and support staff has dropped from 1066 to 751 in the same period, a reduction of 29%.

The government imposed pay freeze for NHS staff has seen a real terms cut in pay of 10% since 2010.

MPs will receive a 10% pay increase next year