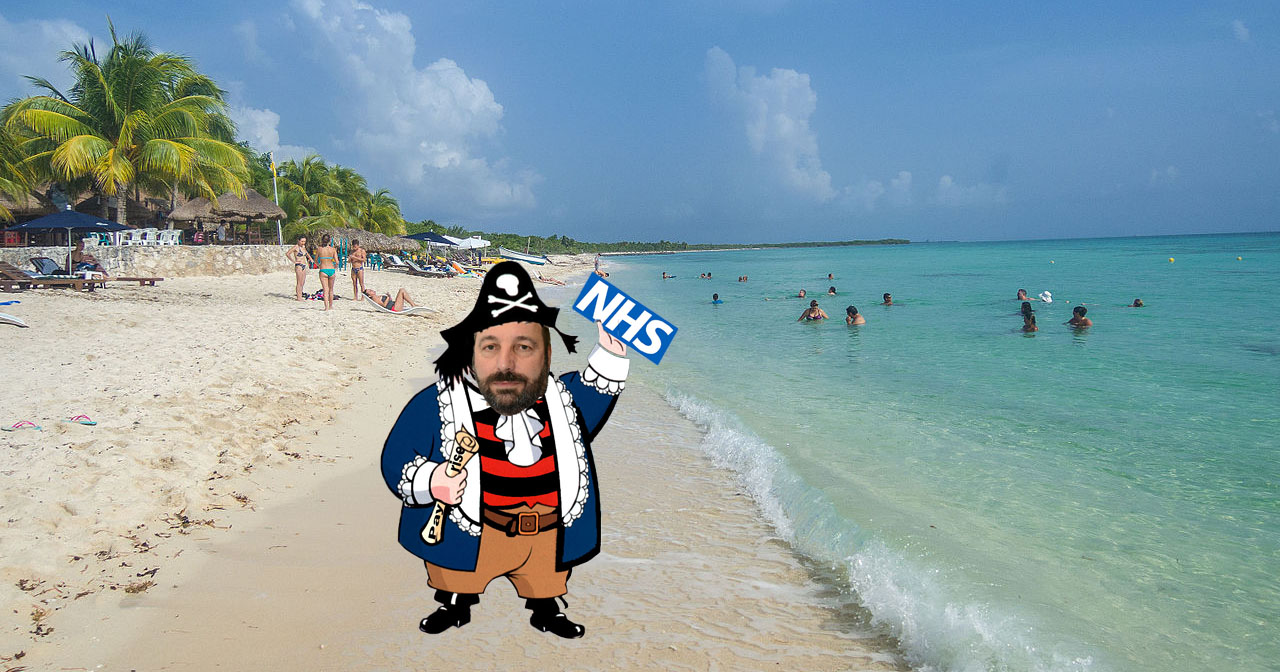 Antek Lejk, the Chief Executive of Norfolk and Suffolk NHS Foundation Trust (NSFT), who was imposed despite service users and carers finding him unappointable, has decided to go on holiday while health professionals from the Care Quality Commission (CQC) have congregated from across the country to inspect services at the failing mental health trust. We are sure the inspectors, separated from their own families, will be suitably impressed.

Apparently, Antek Lejk’s ‘leadership’ is so important that he needed a £35,000 salary increase to earn more than the Prime Minister of the United Kingdom when he joined NSFT from the South and North Norfolk Clinical Commissioning Groups (CCGs), which consistently refused to provide decent funding for mental health services.

But NSFT, which is currently in Special Measures after being rated Inadequate by the CQC, is not important enough for Antek Lejk to stay.

This isn’t a surprise inspection: the CQC indicated back in May that it would be inspecting the mental health trust in September.

But, it appears that a weekly salary of £3,365.38 is not enough for ‘dedicated’ Antek Lejk to prioritise ‘leading’ his organisation and supporting front line staff over his vacation.

Antek Lejk is trying to have his cake and eat it: he feels he is so important that he needs to be paid more than Theresa May but he believes nobody will miss him when he goes away while the regulator inspects his failing organisation. Many senior staff and stakeholders have been kept in the dark about Lejk’s holiday departure and have been appalled when we have told them. It appears NSFT has tried to keep the holiday a secret.

The EDP reported that:

Mr Lejk said: “We fully welcome the CQC inspectors into our trust and we look forward to demonstrating the progress we have continued to make to improve the quality of our services since the CQC’s unannounced inspection in May.

But Mr Lejk didn’t indicate he had his suitcases packed.

And let’s be frank, NSFT is not in a normal situation: NSFT is the only mental health trust to have been put into Special Measures by NHS Improvement following failed CQC inspections, ever. And this has happened not once but twice. People have a right to a holiday but the people of Norfolk and Suffolk have a right to decent mental health services. There are another fifty weeks in the year when the CQC won’t be inspecting.

That said, perhaps Lejk’s absence is for the best. In his appalling job interview with service users and carers, Lejk appeared to indicate that many of the complaints about NSFT were ‘vexatious’ and that the ‘media’ were a bigger problem than poor services and inadequate funding. We’re not sure that the CQC inspectors, who have previously found that NSFT does not have enough staff or beds and rated NSFT Inadequate for Safety and Leadership, would agree. Lejk has a track record of dissing the CQC.

We suspect that Antek Lejk has been imposed not to improve mental health services but to cut and privatise: look at Lejk’s track record in Cornwall.

We discovered from a recent Freedom of Information Act Request that Antek Lejk is trousering £175,000 per year from NHS coffers.

”We find it astonishing that the £175,000 per annum Chief Executive of the only mental health trust in the country to have ever been put into Special Measures should choose to go on holiday on the day the CQC inspectors arrive, abandoning front line staff and services. We’ve known for months that the CQC would be returning to the failing trust in September. Patients, carers, staff and stakeholders are aghast. Leadership is about doing, not simply being paid more than the Prime Minister. This says a huge amount about the Chief Executive’s priorities and work ethic.”