The number of children and adults referred into the Norfolk and Suffolk NHS Foundation Trust has gone up from 34,288 in 2010/11 to 44,574 in 2014/15, revealed in figures released to this newspaper under the Freedom of Information Act.

At a time when more people are being referred into the trust, it is looking to make £36million in “efficiency savings” over the next four years.

The large increase in referrals at a time of cuts has been described as “completely unsustainable”.

The Norfolk and Suffolk NHS Foundation Trust, which provides mental health services, expects to make £36 million in “efficiency savings” over the next four years, according to trade union UNISON.

The trust’s financial position is likely to be discussed at a meeting of the organisation today.

Emma Corlett, representative at the trust for UNISON, said Norfolk and Suffolk was “massively underfunded” and the increase in referrals had created a situation “that’s completely unsustainable”.

She added: “I’m not surprised by the figures. That’s certainly what staff are feeling.”

Click on the image below to read Mariam Ghaemi’s exclusive report in full on the EADT website: 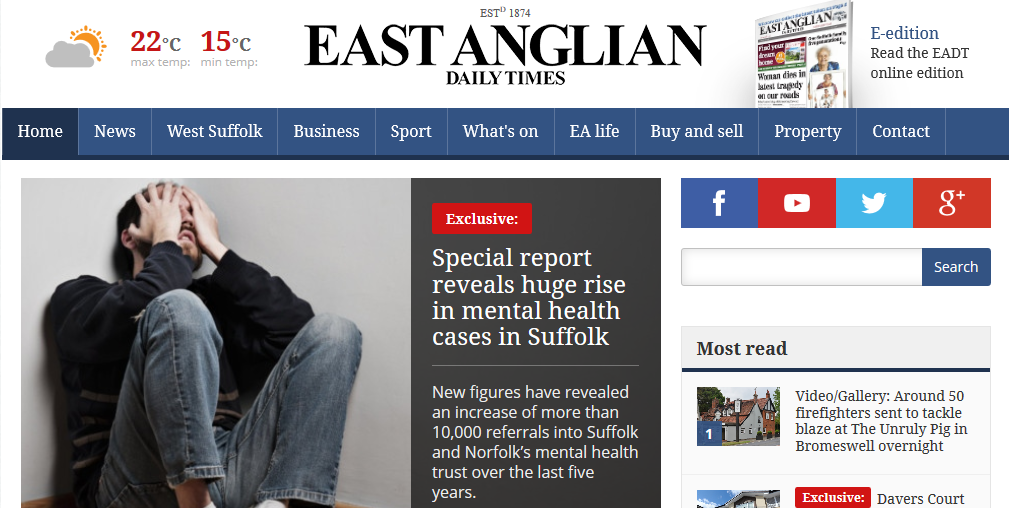