Unison at the Norfolk and Suffolk NHS Trust said today’s findings of the King’s Fund’s report “came as no surprise and bears out a lot of the concerns that staff have been raising in the past couple of years”.

Large scale changes to save costs are described as a “leap in the dark”, which may have come at the expense of patient care and reductions in the number of experienced staff.

Unison said the changes in Suffolk had seen key teams merged resulting a reduction in service to some of the most vulnerable patients.

“It was at best a guess with a lot of risks involved,” a spokesman added.

“The problem was that if referrals went up we would not have capacity to cope and that’s exactly what happened.”

Unison said that while staff remained passionate about helping people they were facing increasingly difficult circumstances brought about through financial challenges.

While recent government funding announcement have been welcomed, the spokesman said it was “disingenuous” to refer to them as investments and were at best “repairing some of the damage already done”. 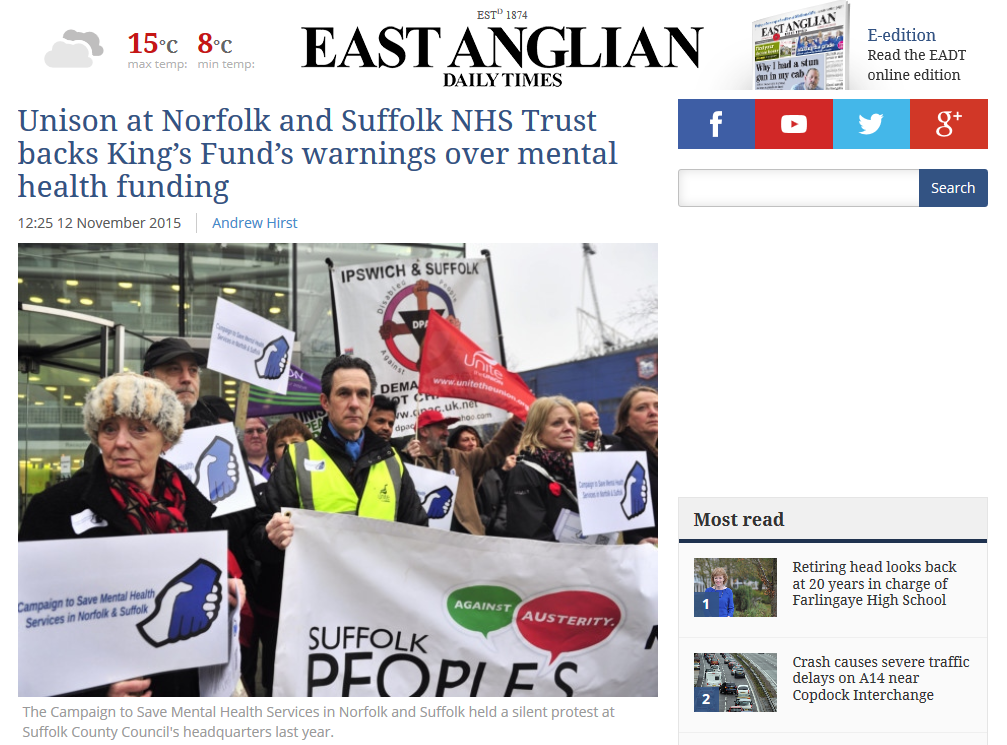