A consultant psychiatrist said the set up of mental health services across the country was “terrible” at an inquest into the death of a Norwich mother.

Today the jury heard Miss Rought-Rought had not been seen by a psychiatrist since May 16, 2016.

Her treatment was moved to the Crisis Resolution and Home Treatment (CRHT) team and while giving evidence Dr Higgo criticised how all over the country the separation of mental health care into different teams meant no one person had an overview of a patient.

And he said this meant the psychiatrist who had worked with her previously could not make recommendations over her care.

“A consultant psychiatrist should have been fully involved in the discussions. They might not have had to see her personally but should have had all the information and been in a position to take an overview of it.”

He said: “Really what we wanted was someone to do things, say ‘right we’ve tried a month of home treatment, not admitting her, not detaining her, is it working?’. Should she have been admitted? In my opinion yes she should have been.”

He added: “I would hope that consultant would say ‘enough is enough, she should be admitted to hospital’.”

We’ll have more to say after the conclusion of the inquest. 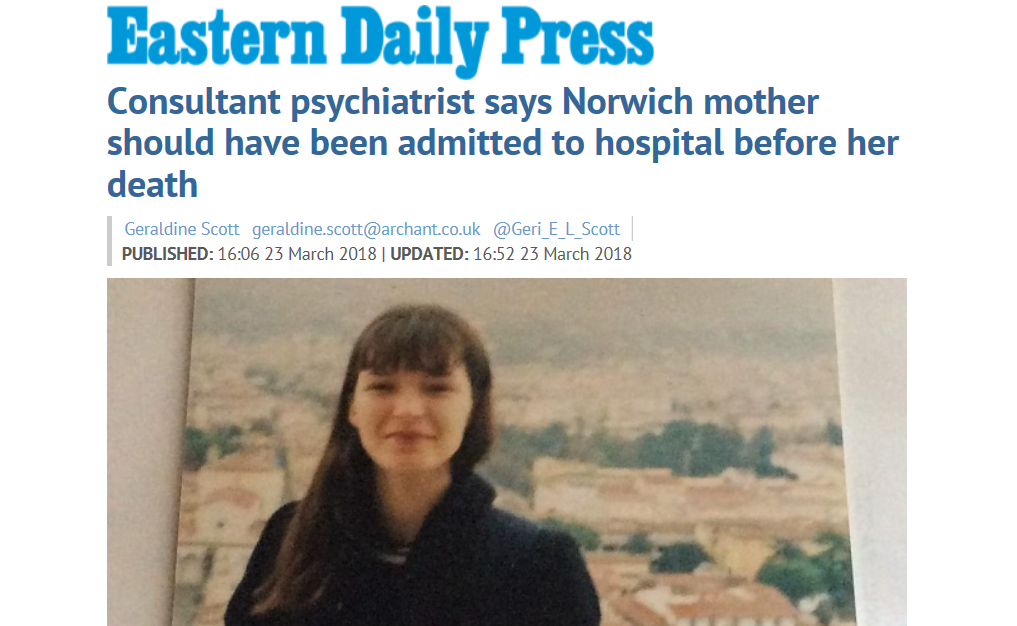