Health chiefs have promised to learn lessons from a review into the deaths of two vulnerable adults which exposed a catalogue of failures surrounding their care.

An overhaul of support for adults with learning disabilities has been called for following the deaths of a 33-year-old man and a 52-year-old woman within six months at Ipswich Hospital.

Although referred to by aliases ‘James’ and ‘Amy’, the family of the man have shared his identity, along with their shock at his “sudden and unexpected” death.

Richard Handley’s relatives said they were “deeply saddened” by the treatment he received from all service providers involved in his care.

Mr Handley, who had Down’s syndrome and lifelong problems with constipation, died three days after being admitted to hospital from Bond Meadows – a supported living scheme run by United Response, in Lowestoft.

A review by the Suffolk Safeguarding Adults Board found his health had been regularly checked only by a psychiatrist, with just passing reference to his physical needs.

It said staff at Bond Meadows – also referred to by an alias in the report – had received no training in monitoring the bowel health of people with learning disabilities.

For Amy, the cost-savings from switching from NHS to ‘divested social enterprise’ Leading Lives had catastrophic consequences:

The review highlighted a change in status at Bond Meadows from residential care to supported living in 2010, when performance indicators were designed to reward councils providing independent living – seen as less of a financial burden than residential care.

In Amy’s case, the review said the significance of her bowel problems was lost when responsibility for the home she was living in – referred to in the review as ‘Crane Court’ – changed from the NHS to a social care provider.

Jane Sayer, director of nursing, quality and patient safety, said: “We have acknowledged the findings and recommendations of the serious case reviews into the circumstances of their deaths.

“Our trust has acted upon the lessons presented in the reviews and has taken steps to raise awareness of the importance of sharing and gathering information to provide effective and safe care, through training, consultations and operational safeguarding groups.”

Lessons will be learned says Jane Sayer… just as they were when NSFT failed to implement 258 recommendations from 98 reviews into serious incidents. 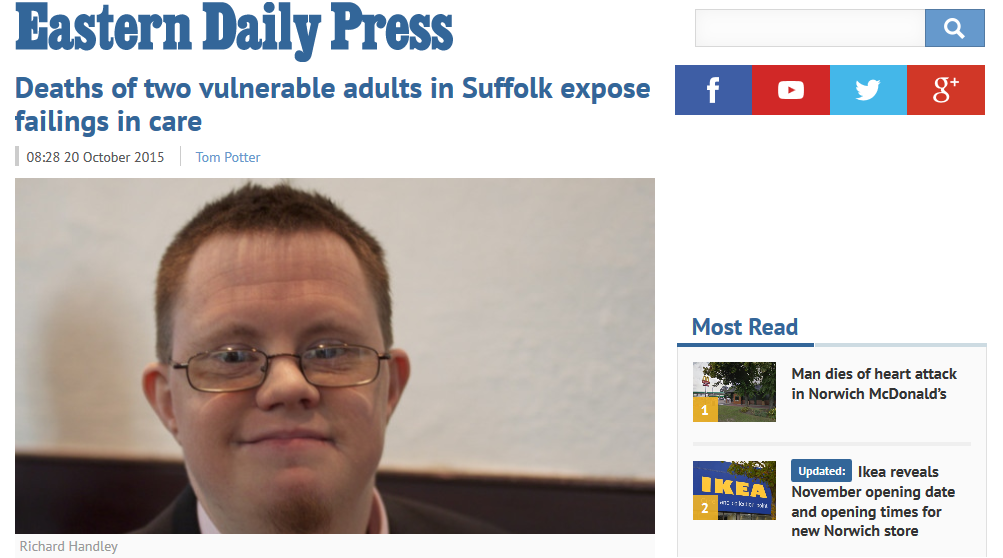