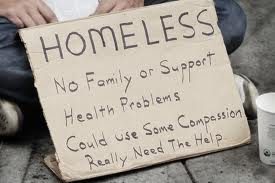 The following is reproduced from the blog of Lara Norris, a campaign supporter and prospective parliamentary candidate for Great Yarmouth, with her kind permission:

“This week I want to tell you the story of Holly (not her real name) and why she illustrates how people have ceased to be at the centre of our services.

Holly is homeless and lives in Great Yarmouth. Sometimes she sleeps in the park, sometimes under the pier. Occasionally she gets a few nights in bed and breakfast. Holly has Schizophrenia and last week was beaten black and blue by some kids in the park.

We went to the housing department. Our case worker helped her make an application for housing as a vulnerable person. She was refused. They recommended the homeless shelter.

The local homeless shelter wrote Holly a letter explaining that her needs were too complex for them. They recommended she went back to the housing department.

We wrote an appeal to the housing department; they explained that she had been offered help before and was not entitled to further help. She was refused. They recommended mental health services.

We took Holly to the mental health team, they recommended her GP. We couldn’t get a GP appointment that day.

I decided to change tack – I phoned social services – they felt it was a mental health issue and so recommended the Mental Health Assessment Team.

The Mental Health Assessment Team said I was in Great Yarmouth so it was not in their remit – they recommended I call the local mental health team.  They didn’t answer my call. They had finished for the day.

Holly slept on the beach. I went home to a nice warm bed. I still didn’t sleep too well.

I resumed the fight today. Holly however had been attacked again and was now suicidal. I had had enough. I called 999.

I want to say a massive thank you to the East of England Ambulance Service. They treated Holly with care and compassion. Also a huge thank you to Shelter for your advice and support. I also want to say that Lea, our caseworker, never ever gave up. I doubt she ever will.

Holly is now in hospital getting treatment. I am worried that she will be back on the streets soon.

The system is measured by results – outcomes – targets.

Services for our most vulnerable have been cut to the point that only emergencies are dealt with.

Holly is unlikely to tick boxes any time soon. She is complex and falls between the cracks so she is passed from one service to another – she is no one’s problem.

You know, I don’t care whose responsibility it is. It is all of our responsibility. Because if we don’t do anything – Holly sleeps in the rain. Simple as that.

So forget results – forget targets – forget outcomes – the focus MUST be people.

If it helps – think of Holly. I will be.

As always we are open to offers of help, advice and support. Individuals and organisations alike – get involved and let’s DO something about it.”

Our campaign is proud to be fighting for people like Holly.