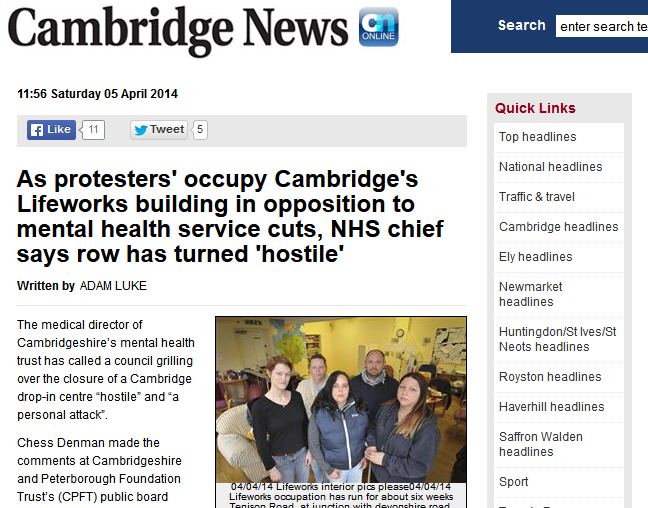 “But service users have now occupied the building for a month in opposition, while councillors have criticised a lack of public consultation on the move and this week set up a working group to scrutinise the process further.

The News understands Ms Denman accused the committee of a negative and hostile attitude.

Cllr Kilian Bourke, scrutiny chairman, said: “We had a very robust scrutiny session where we asked the mental health trust some frank questions and got some answers.

“It accepts responsibility for the lack of consultation and plans to address this.

“Scrutiny can play a valuable role in ensuring that due process is followed and that service users are given a fair hearing, although it is important to stress that we cannot control the final outcome.”

CPFT was also asked to reopen Lifeworks during the consultation and disclose details of other planned service changes.”