The chief executive of a troubled mental health trust, which came out of special measures in October, is standing down.

A new report from the CQC is expected next month.

“Michael has massively steadied the ship after enormous trauma for many years.

“The trust is moving in the right direction. There is a long way to go, but Michael has made a substantial commitment to that.”

The ‘enormous trauma’ was caused by massive cuts to mental health nationwide which duplicitous Norman Lamb oversaw as the Coalition Minister of State for Care and Support at the Department of Health directly responsible for mental health.

Norman Lamb claims the ‘trust is moving in the right direction.’ We will see what the experts from the Care Quality Commission (CQC) found during their inspection. We suspect they won’t agree with Norman Lamb. Perhaps Norman Lamb should stick to his new job of chairing the House of Commons Science and Technology Committee despite being an employment lawyer? Sadly, Norman Lamb knows as much about science and technology as he knows about mental health.

A spokesman for the Campaign to Save Mental Health Services in Norfolk and Suffolk said: “We have long been calling for a new board and management culture at NSFT which puts patients and carers first and foremost and genuinely engages with front line staff.”

“It does not change the fact that mental health services are understaffed and underfunded,” she added. 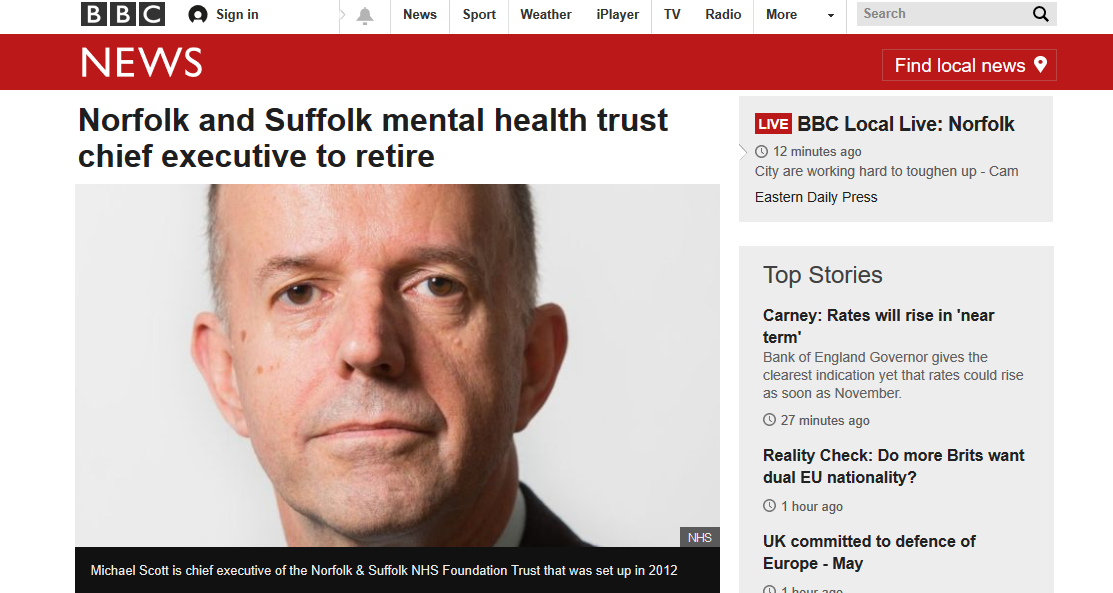