Patients, carers, professionals and members of the public met at the University of East Anglia to share their experiences at the second anniversary meeting of the Campaign to Save Mental Services in Norfolk and Suffolk.

The guest speaker, author and Guardian journalist Owen Jones, was invited because of a moving article he wrote when the train he was travelling on from Norwich to London was delayed by a suicide on the line.

He spoke at Monday night’s meeting about how the largest killer of men under the age of 50 was suicide and urged men who have attempted suicide to talk about their feelings and experiences.

During a discussion chaired by former Norwich MP, Dr Ian Gibson, the meeting heard from those who felt they had been badly let down by mental health services and how difficult it was to see a psychiatrist and receive help. A woman from Norwich described how she felt “useless” and “abandoned” and that a little bit of help would have benefits, not just for her, but the economy too. A teacher from Dereham spoke about an audit of the mental health needs at his school with more than 100 children needing support that simply is not available and his desire to build a group to address this.

Emma Corlett, a mental health nurse and Unison representative, said: “This is not only about budgets and numbers but also basic human decency and human beings.” 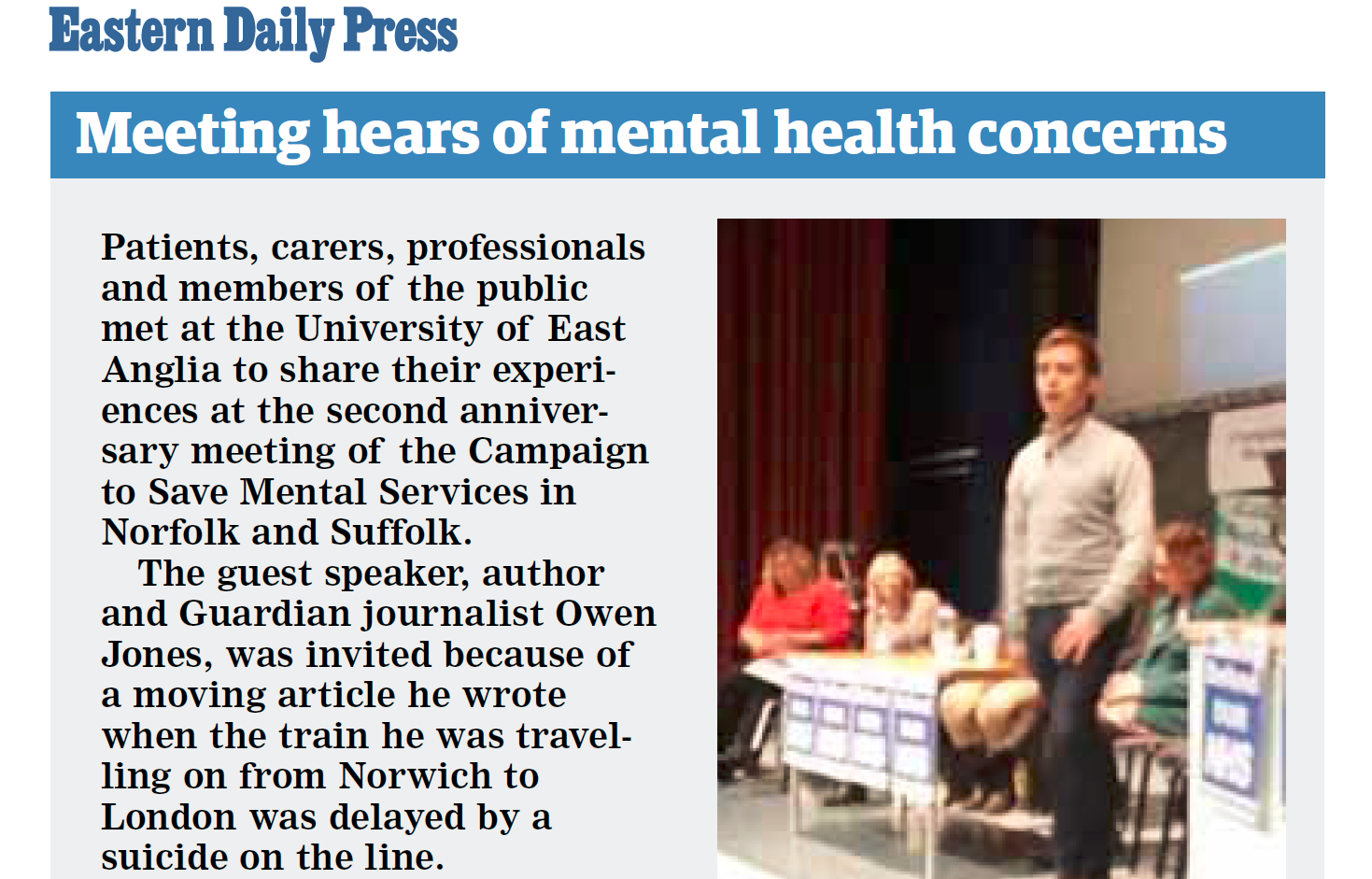 One thought on “EDP: Meeting hears of mental health concerns”