Today, members of the Campaign to Save Mental Health Services in Norfolk and Suffolk joined local people from York to protest against the closure of Bootham Park Hospital with only five days notice. Imagine the chaos if Hellesdon Hospital was closed in less than a week. Local campaigners in York believe that Jeremy Hunt’s plan is to sell off the prime land on which Bootham Park Hospital was built by public subscription. The local NHS has lost more than thirty acute psychiatric beds and the closest NHS beds are now many miles away in Middlesbrough. Service users and carers spoke powerfully about the impact upon their lives and what they believe to be the subsequent loss of loved ones and a rising suicide rate in York.

Local mental health campaigners from Mental Health Action York (MHAY) were joined by service users, carers, NHS staff including GPs, local students from the University of York, campaigners from Keep Our NHS Public, the MP for York Rachael Maskell (who worked at the Norfolk and Norwich Hospital) and Len McClusky, the General Secretary of Unite, who said he found the hundreds of ordinary people fighting for decent NHS mental health services ‘inspiring’ (he was visiting his daughter who is studying at the university). The opening address was made by Professor Peter Kinderman, the President of the British Psychological Society (BPS). There was a strong media presence.

We are proud to support our fellow mental health campaigners in York. 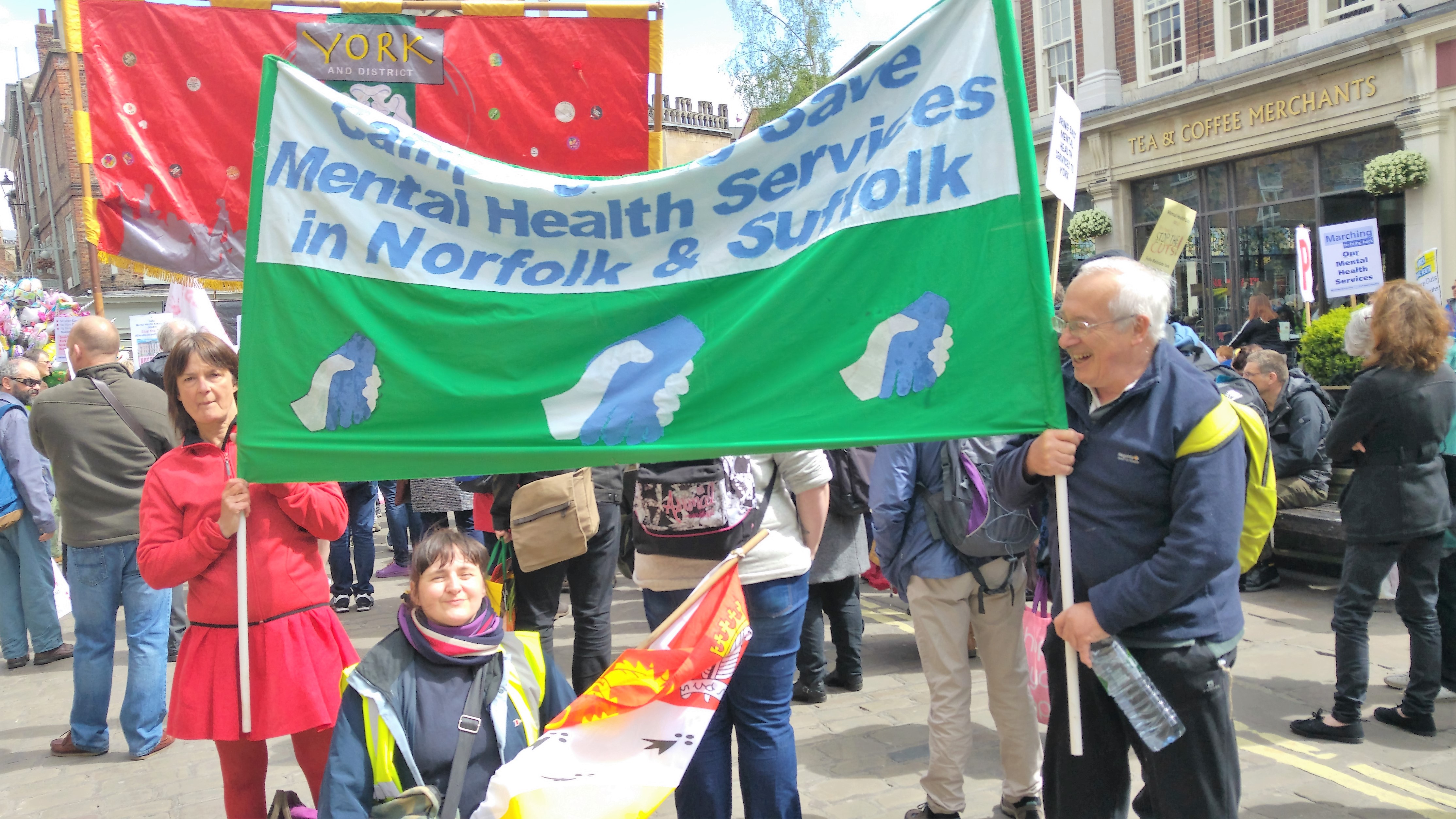 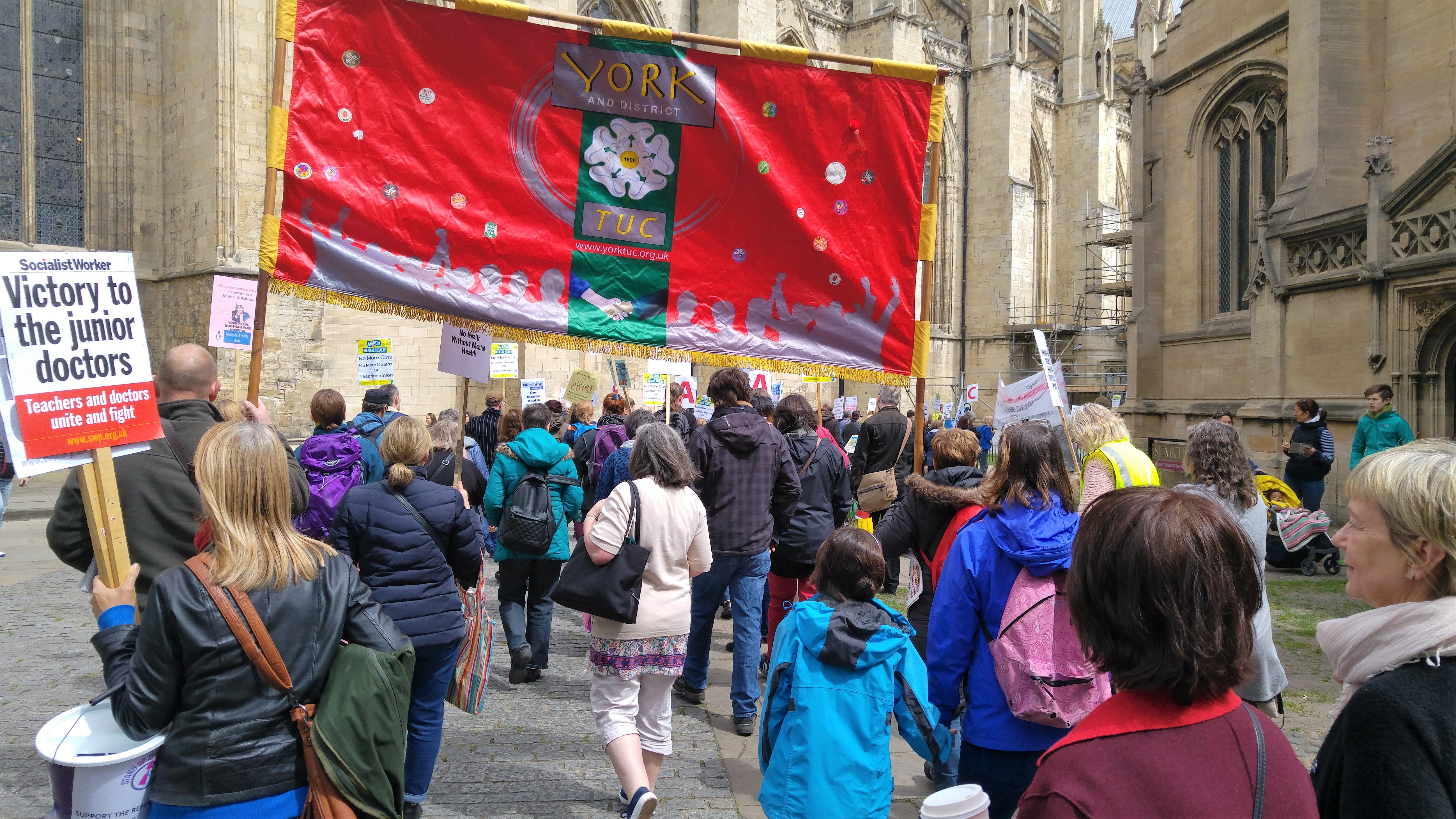 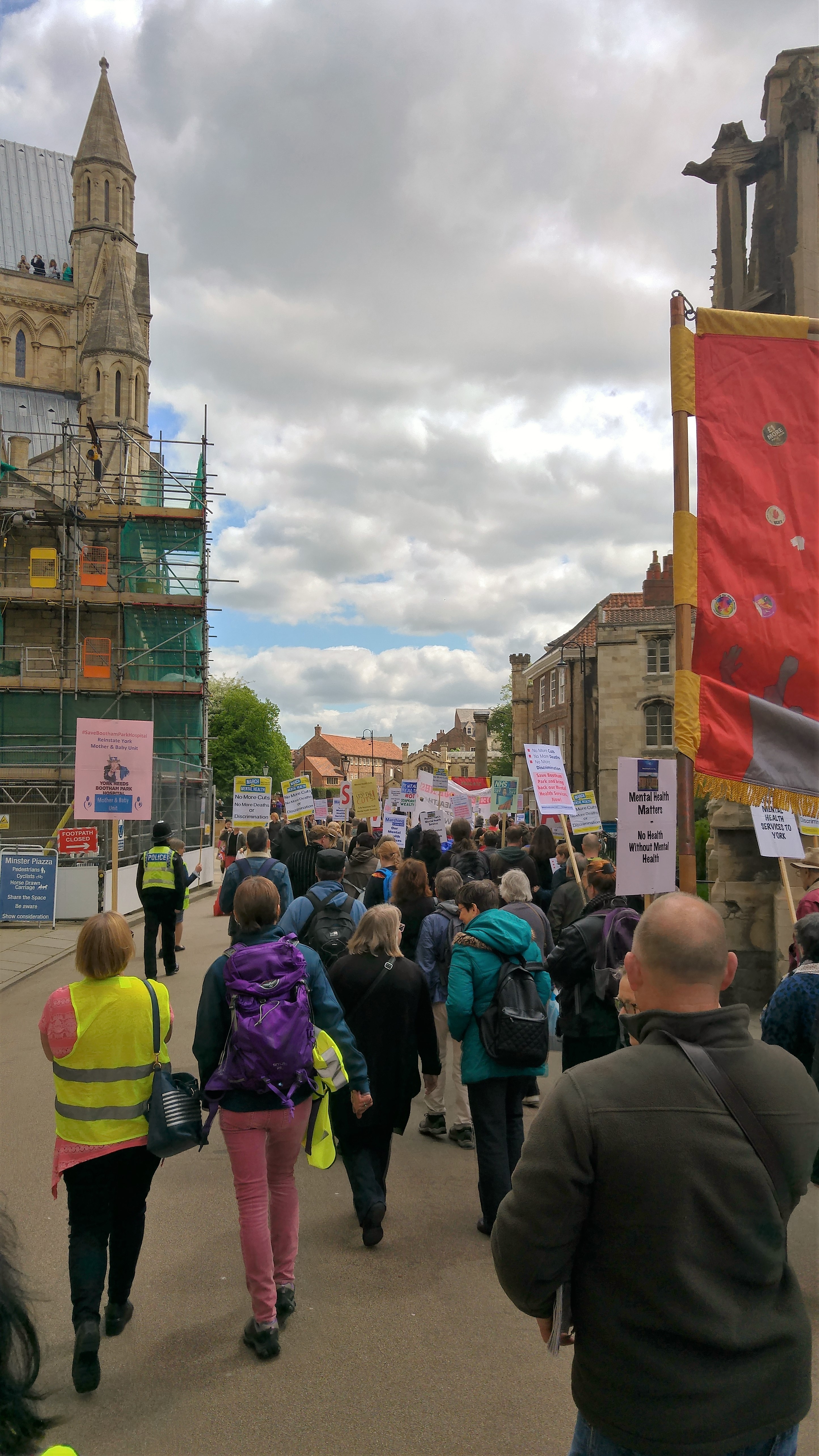 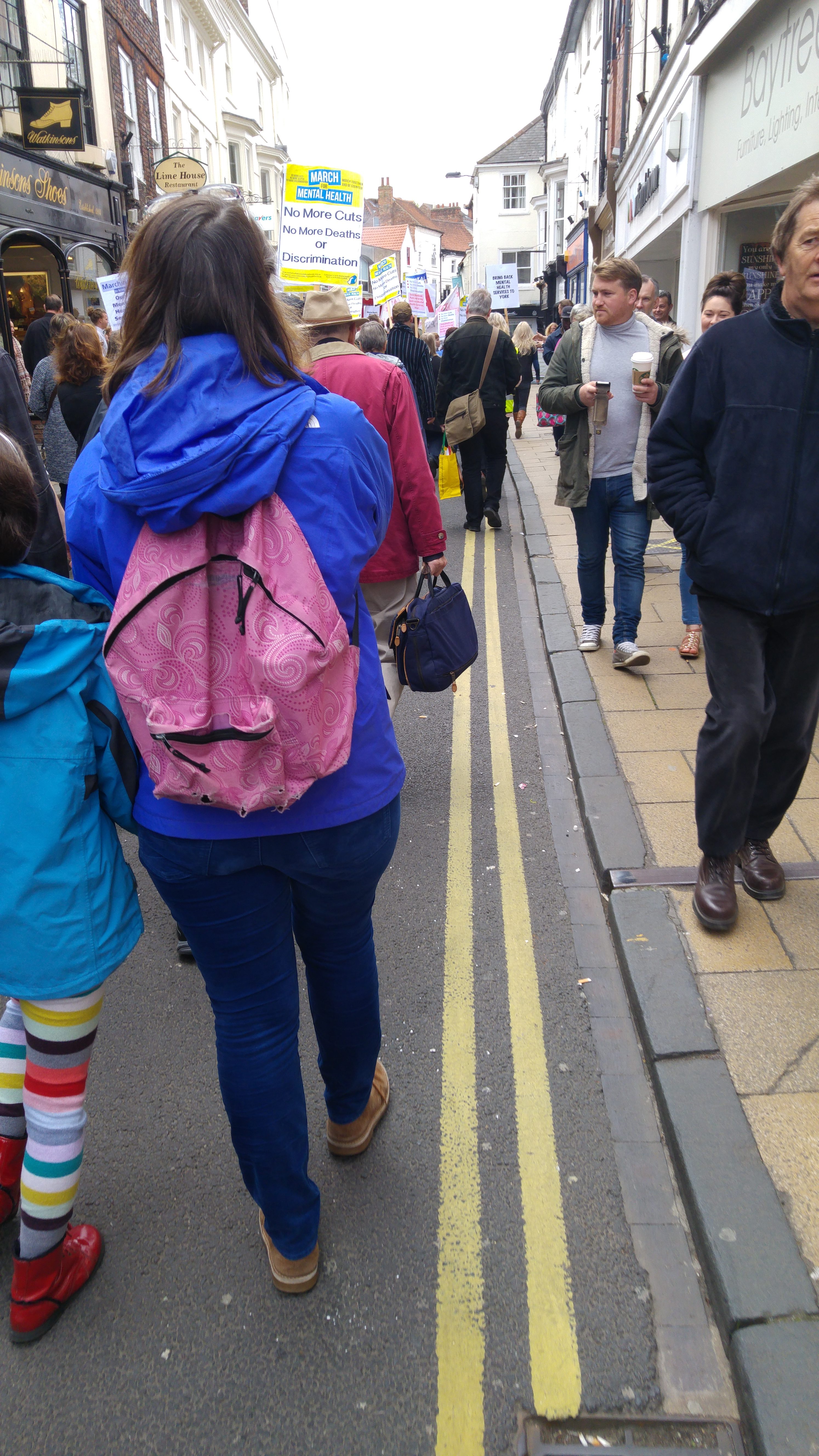 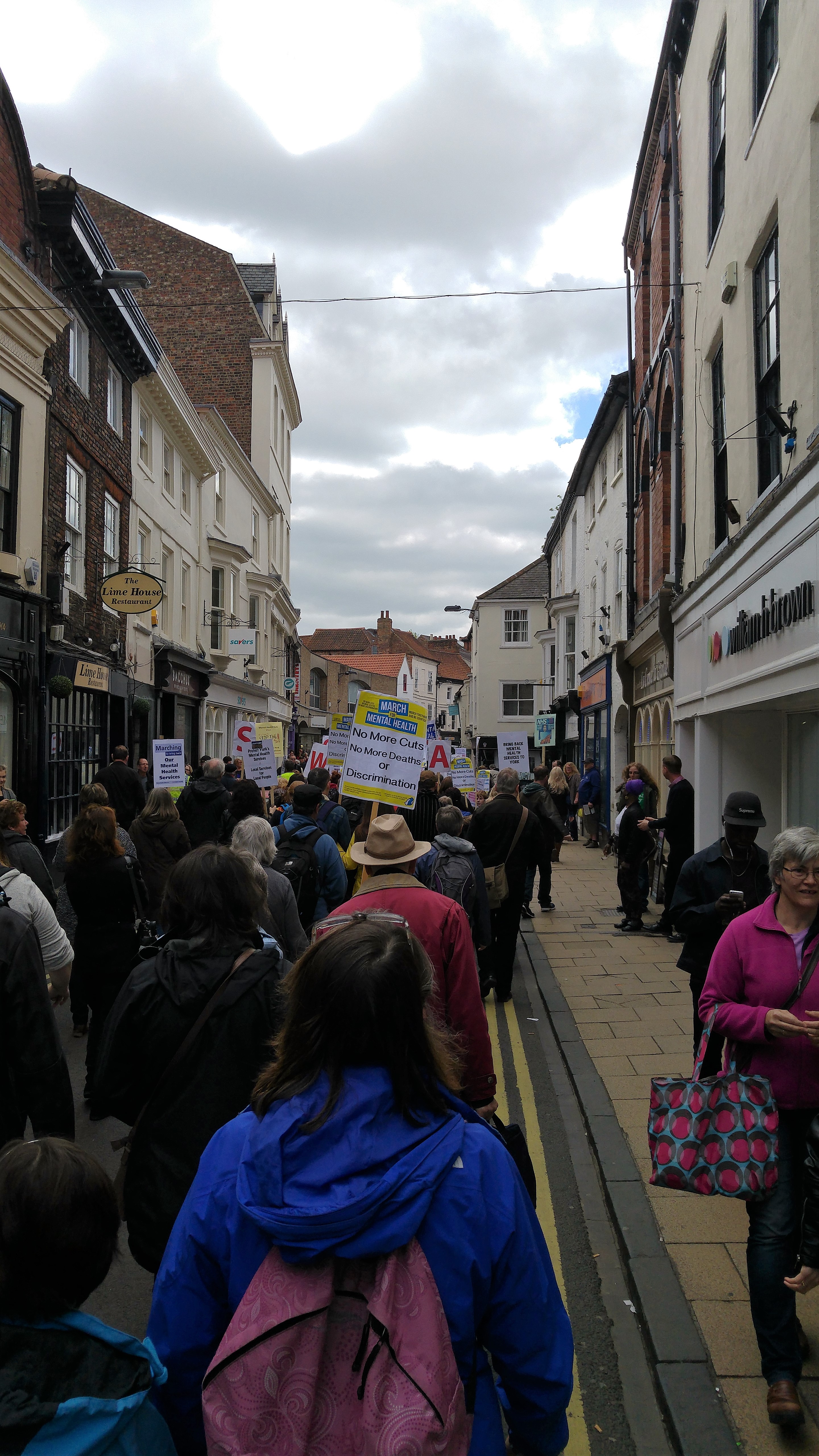 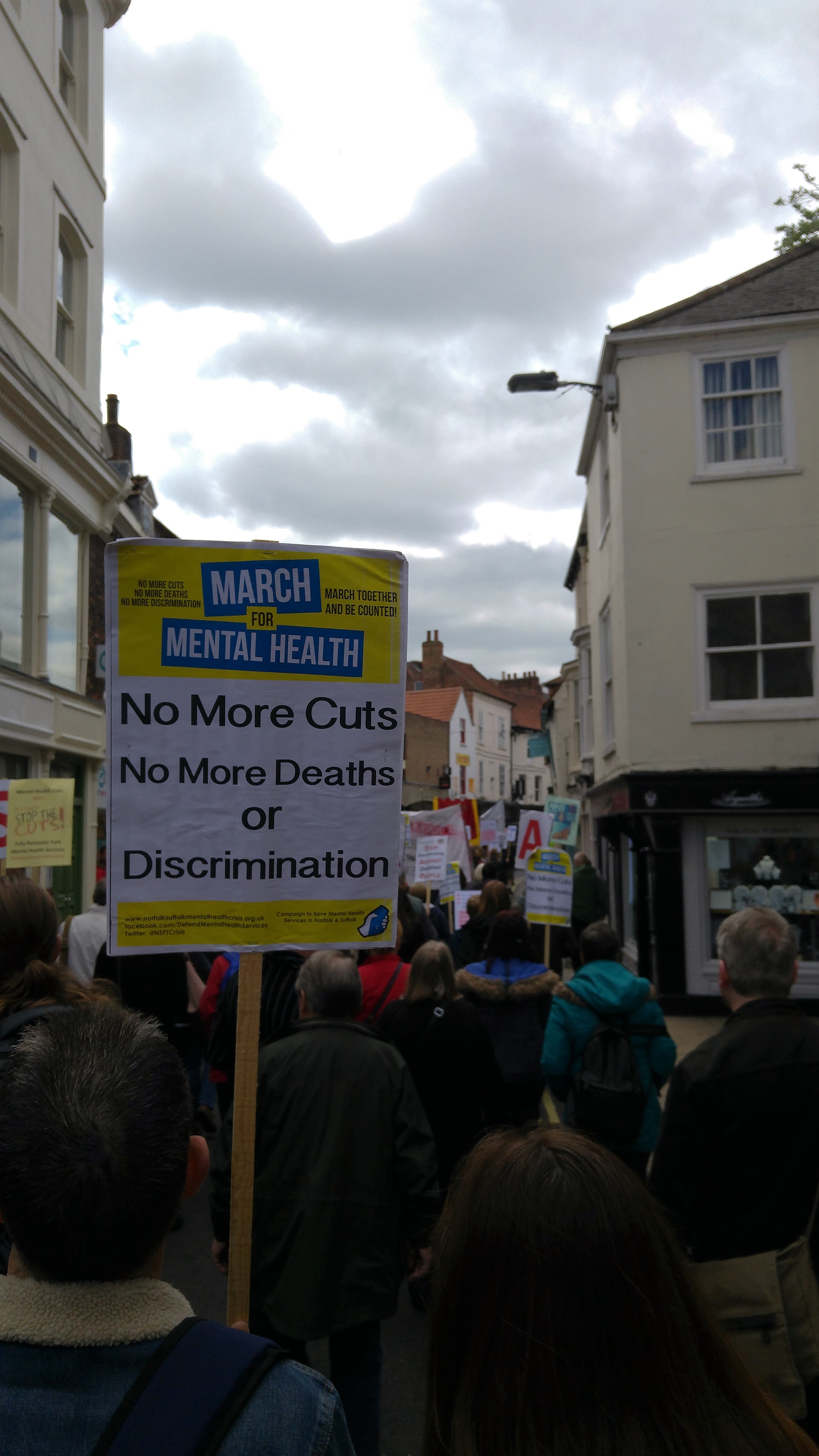 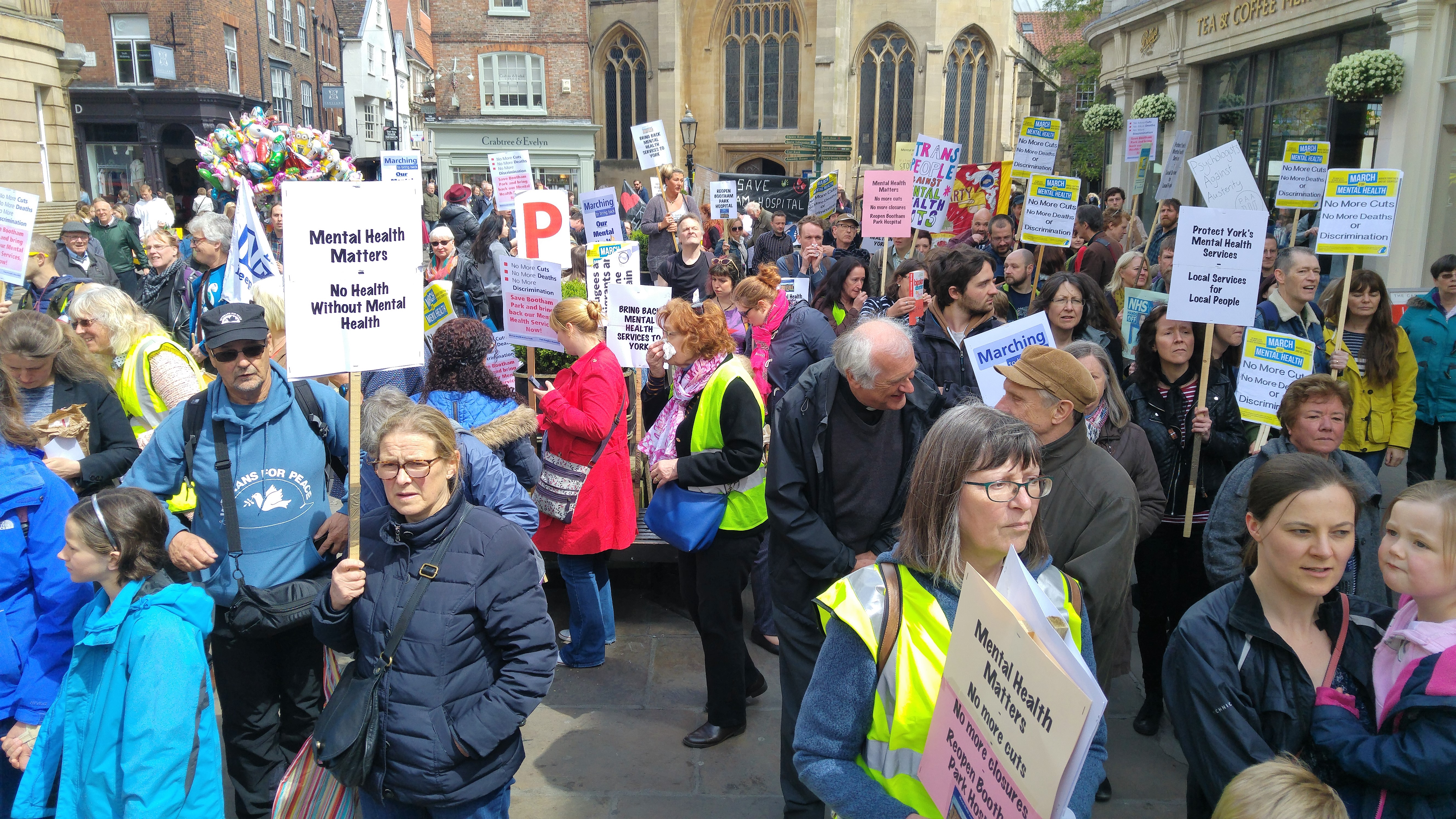 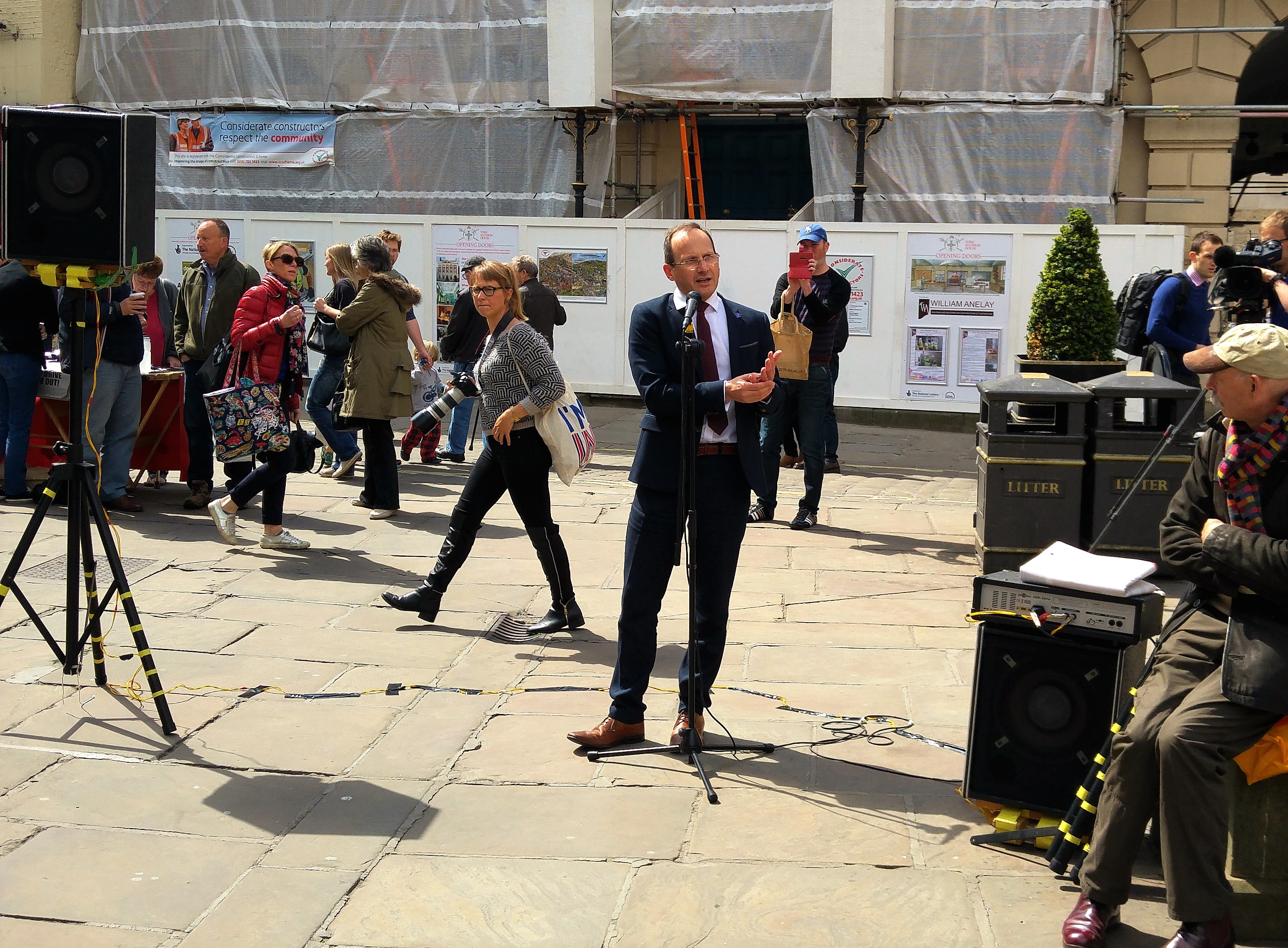 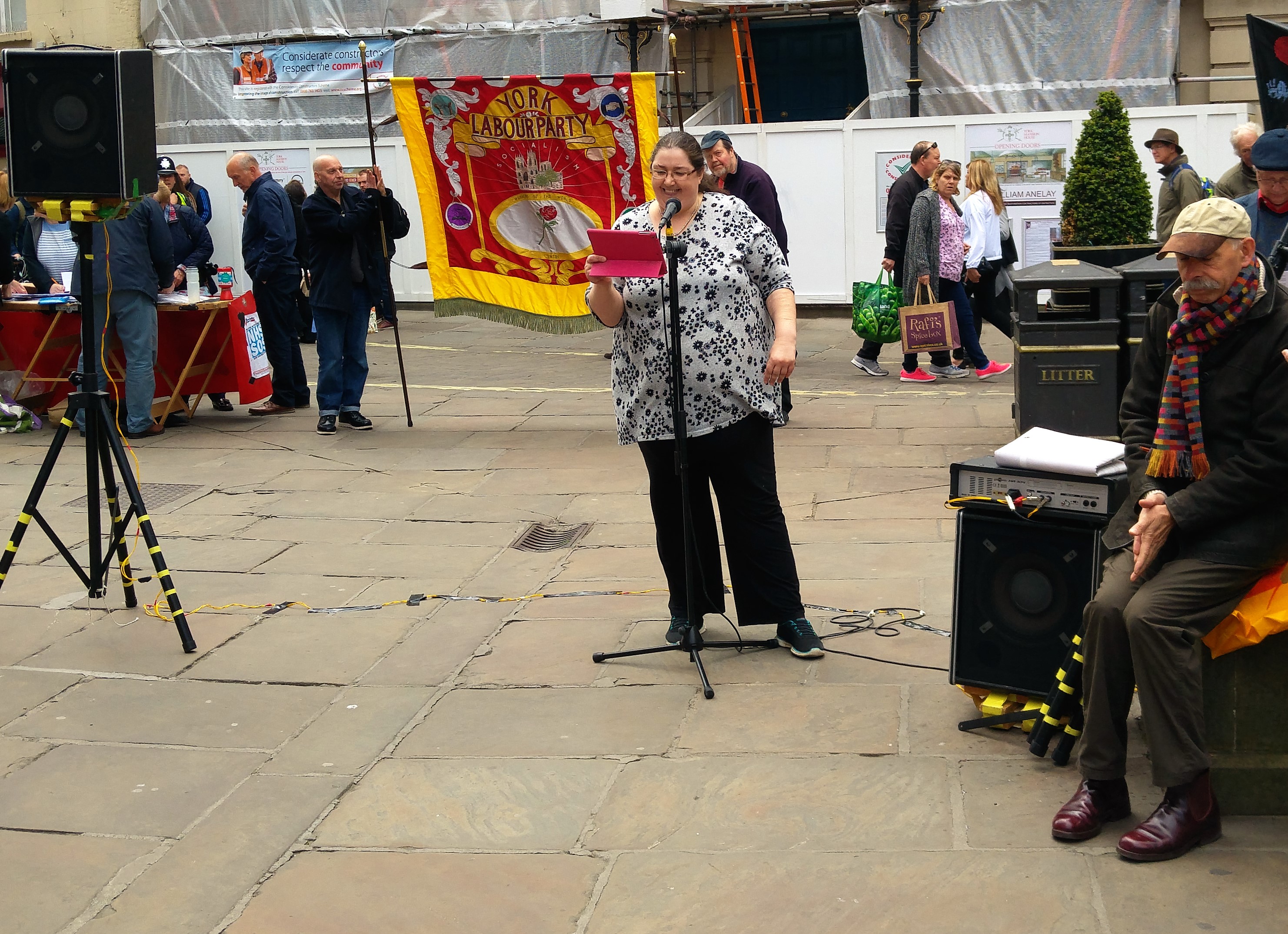 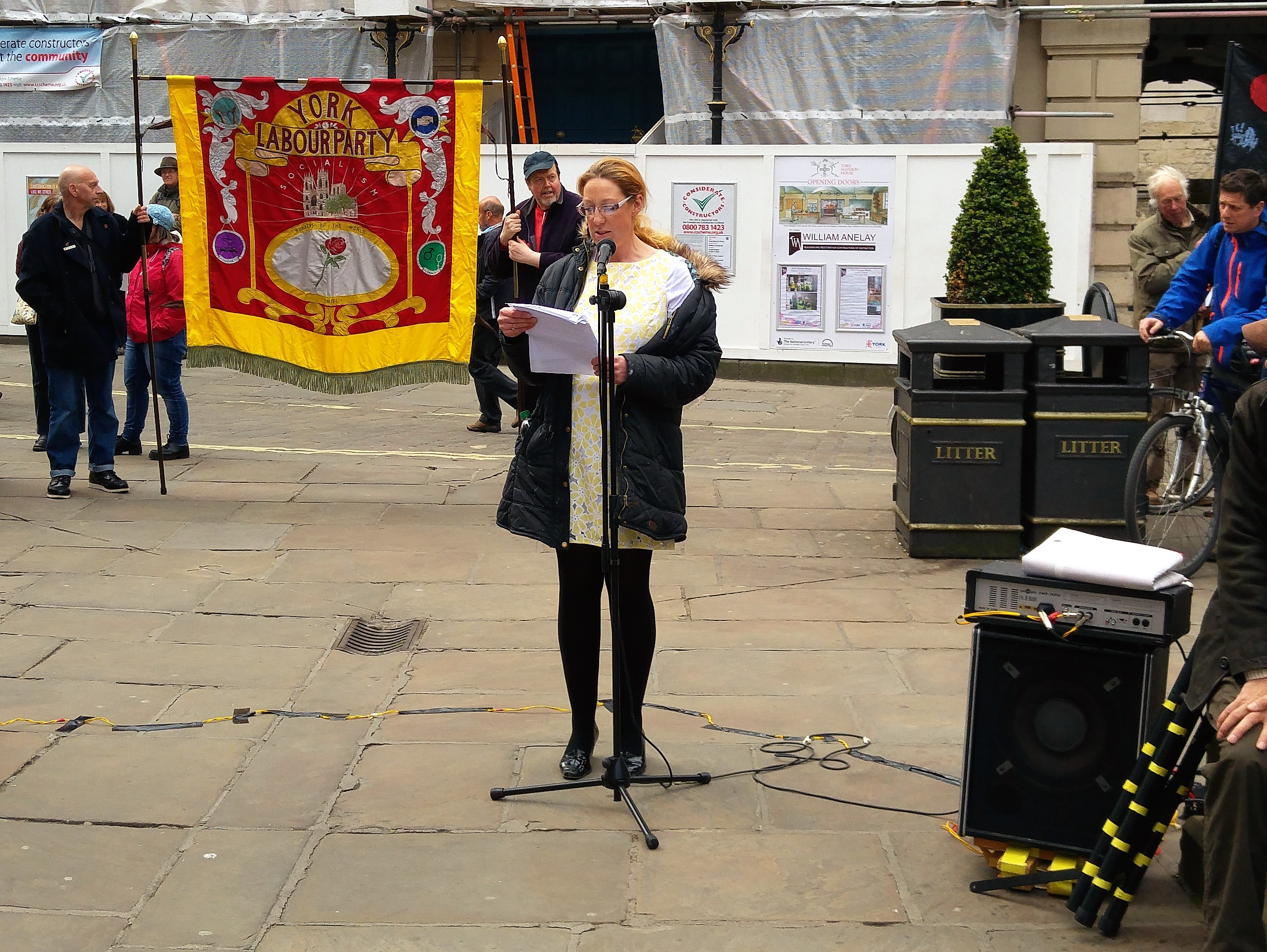 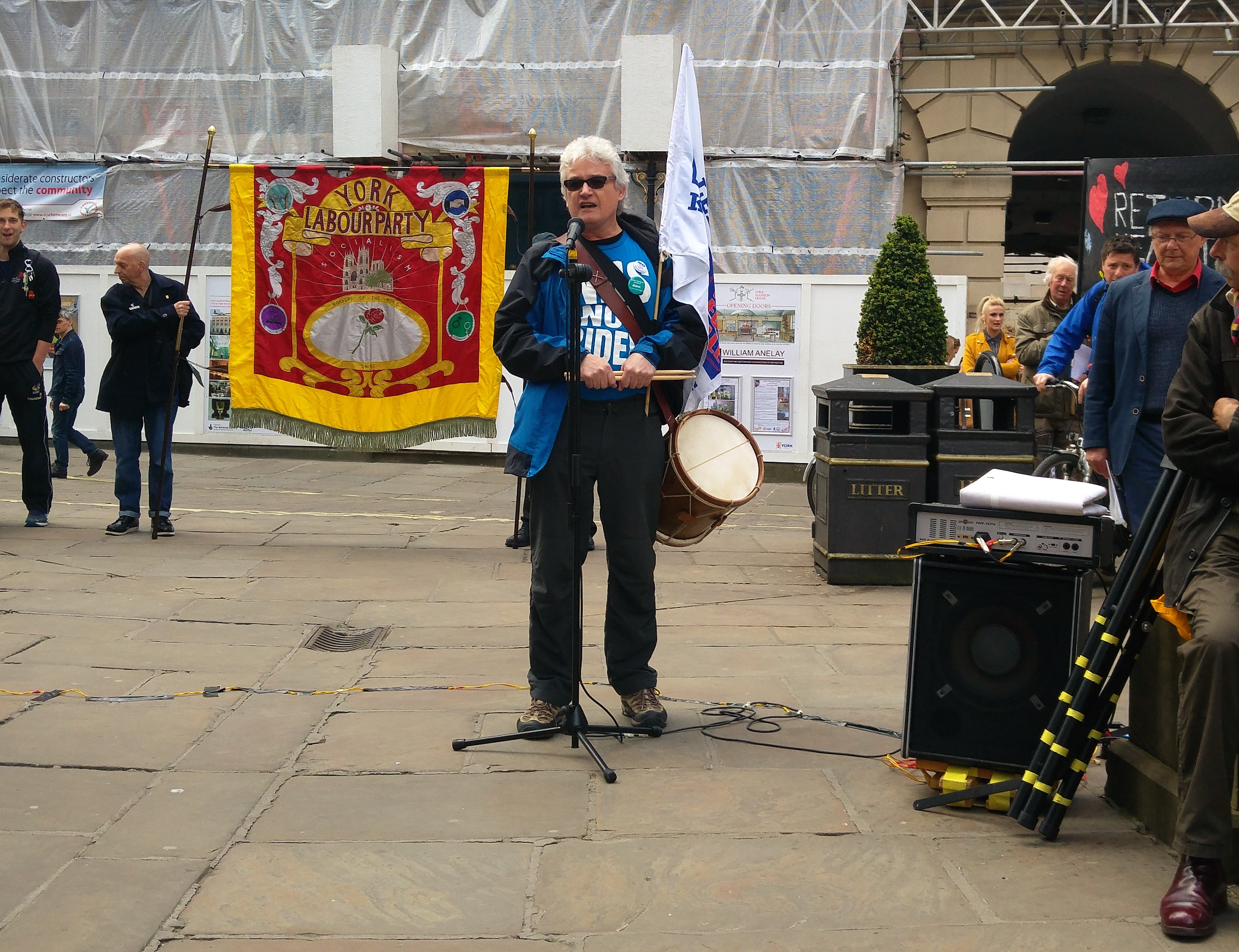 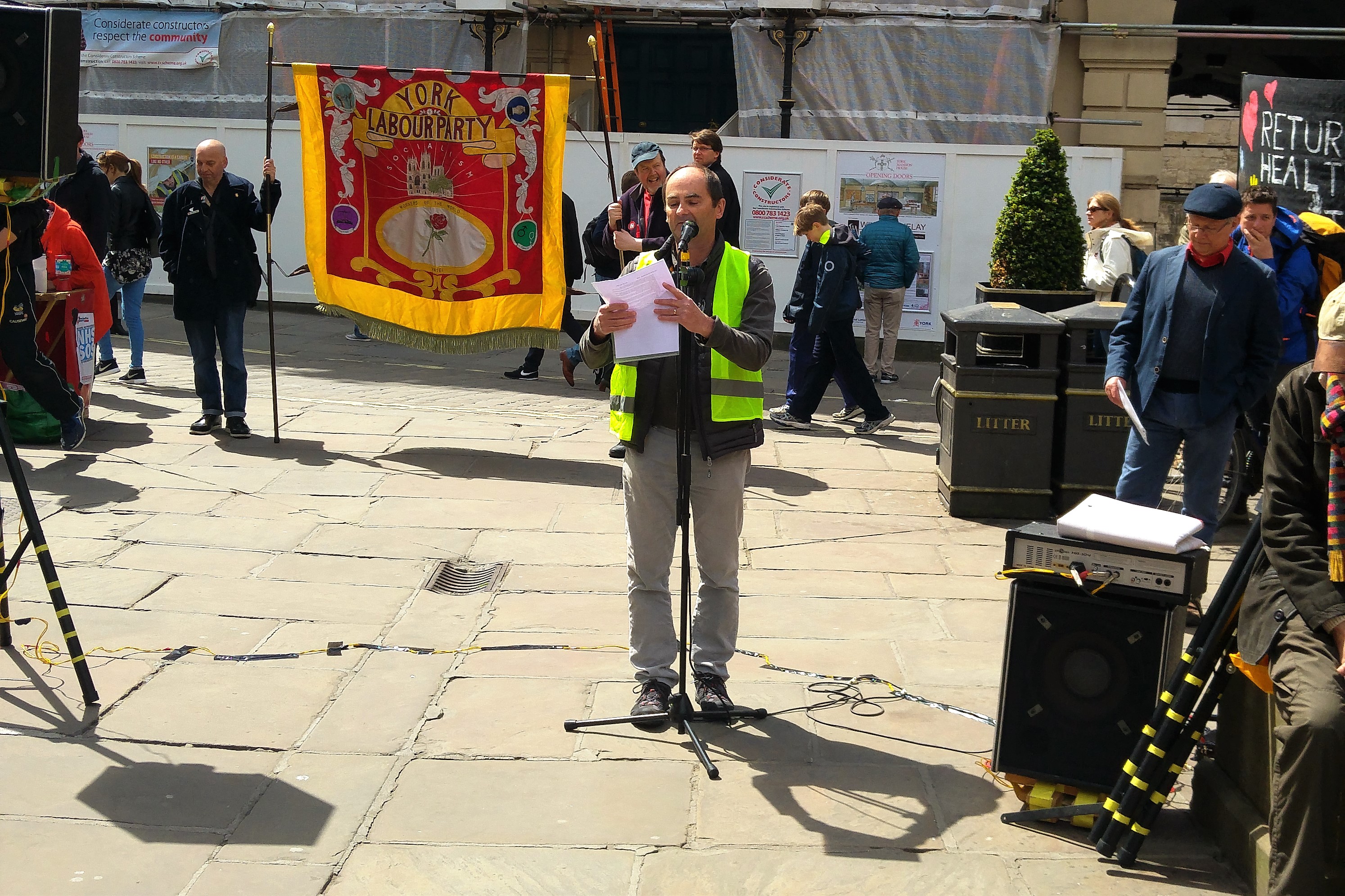 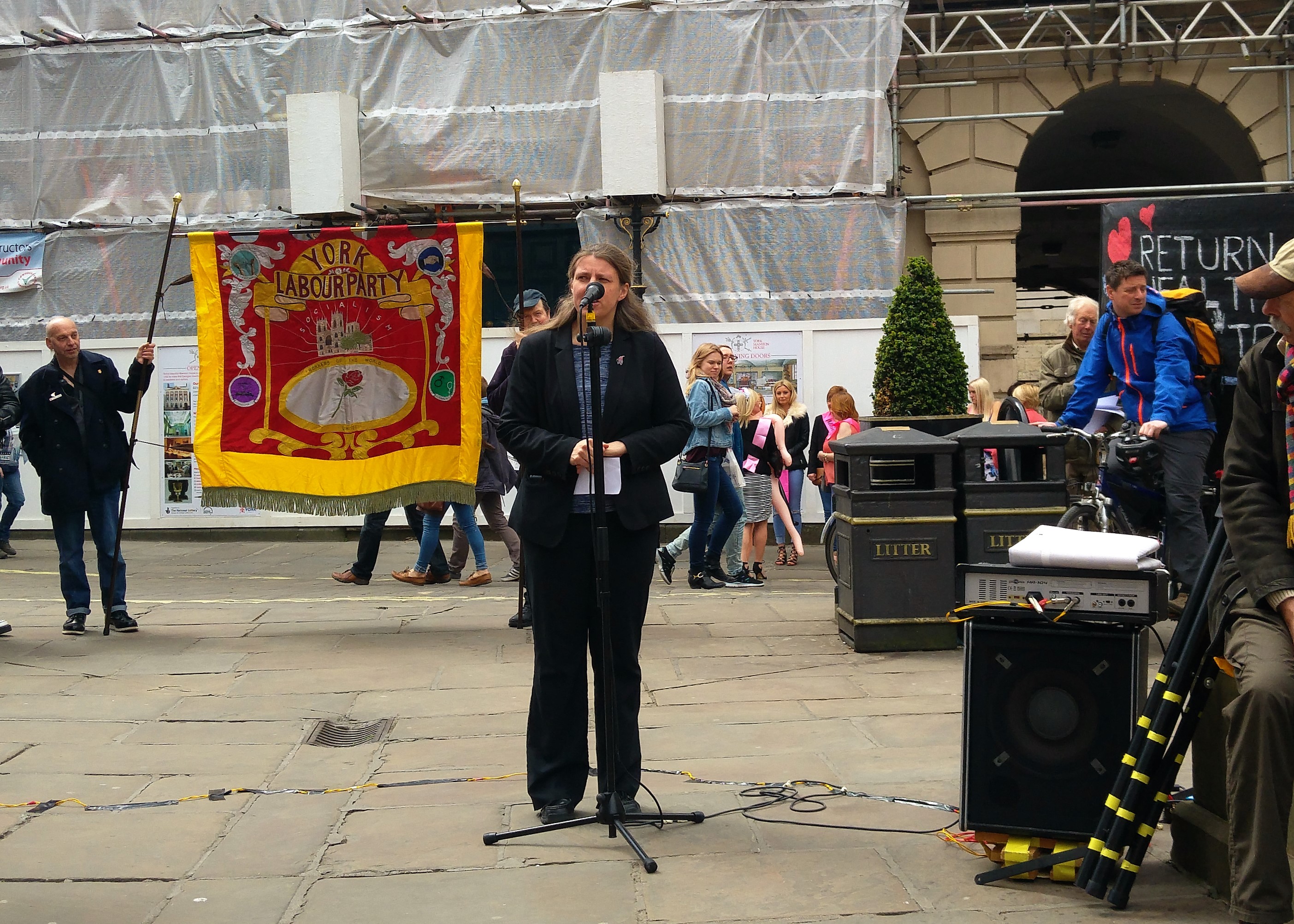 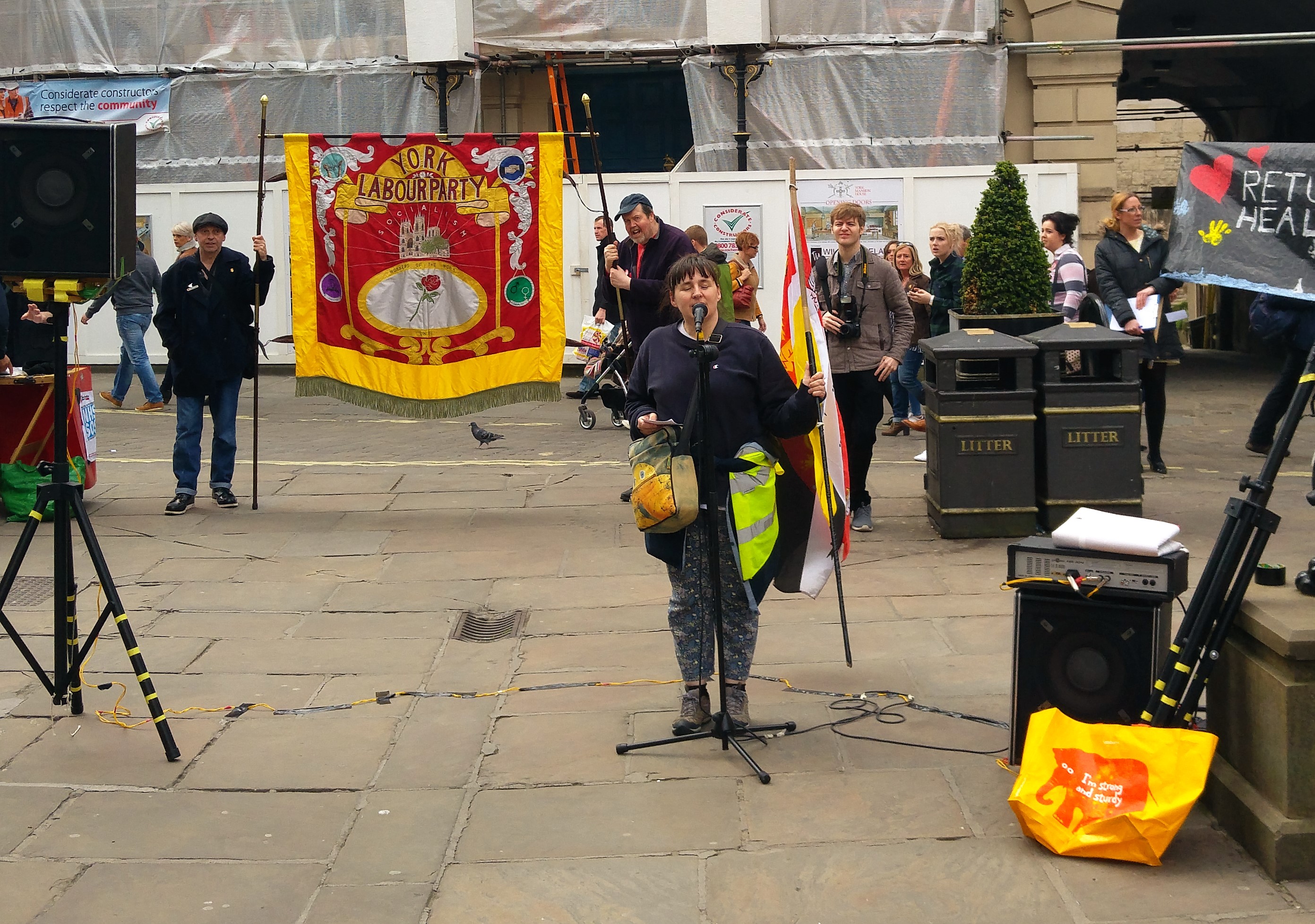 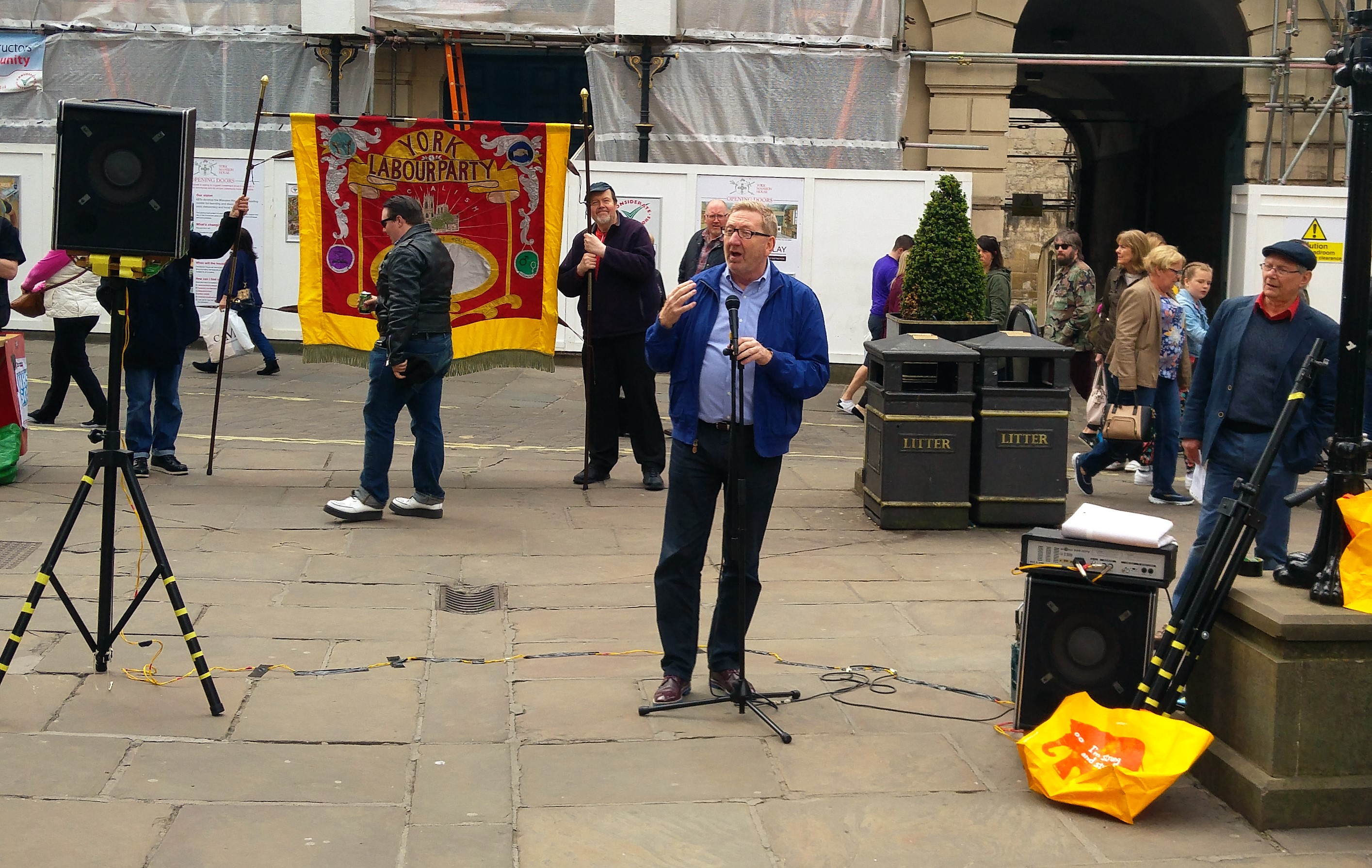 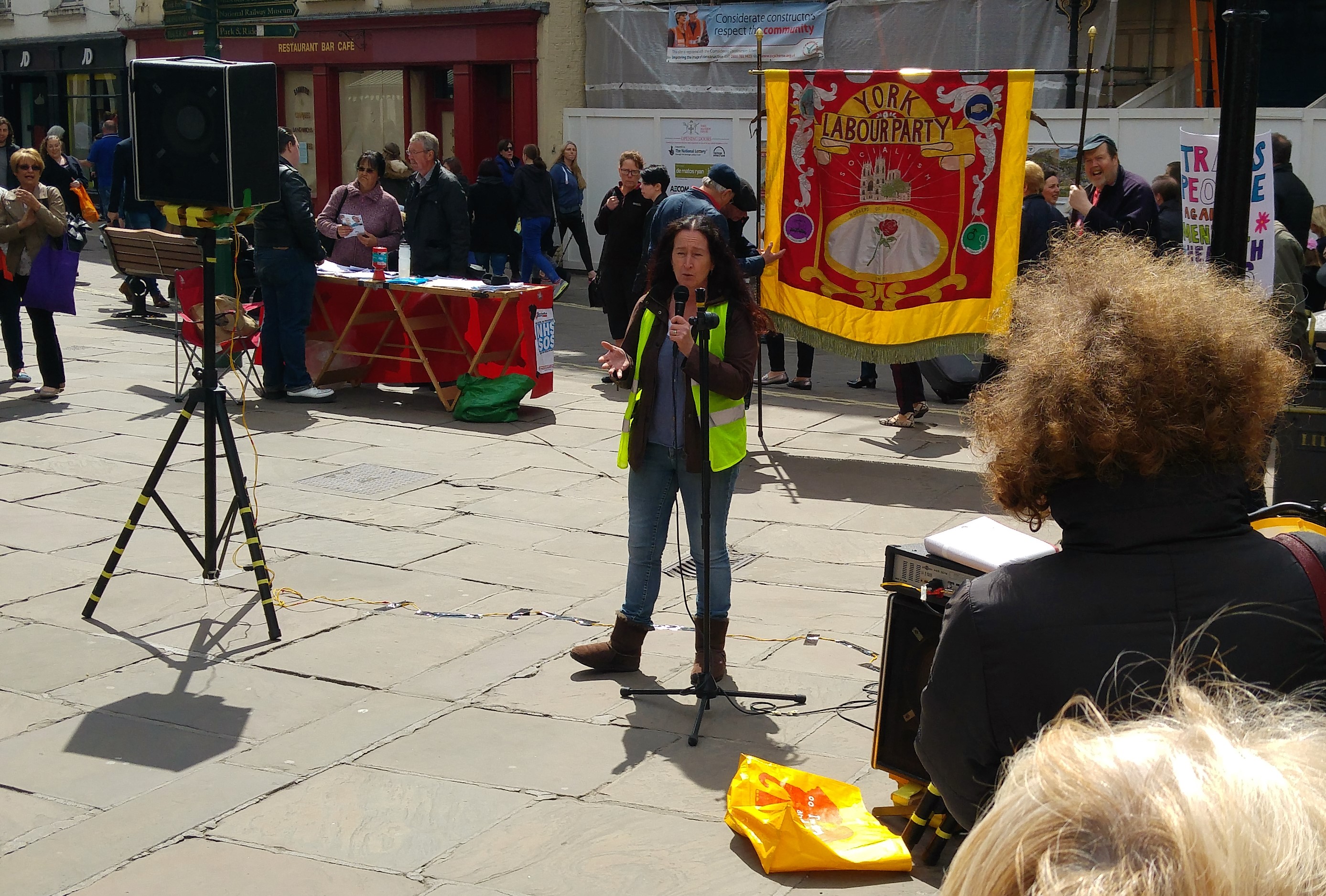 One thought on “Gallery: March for Mental Health, York”