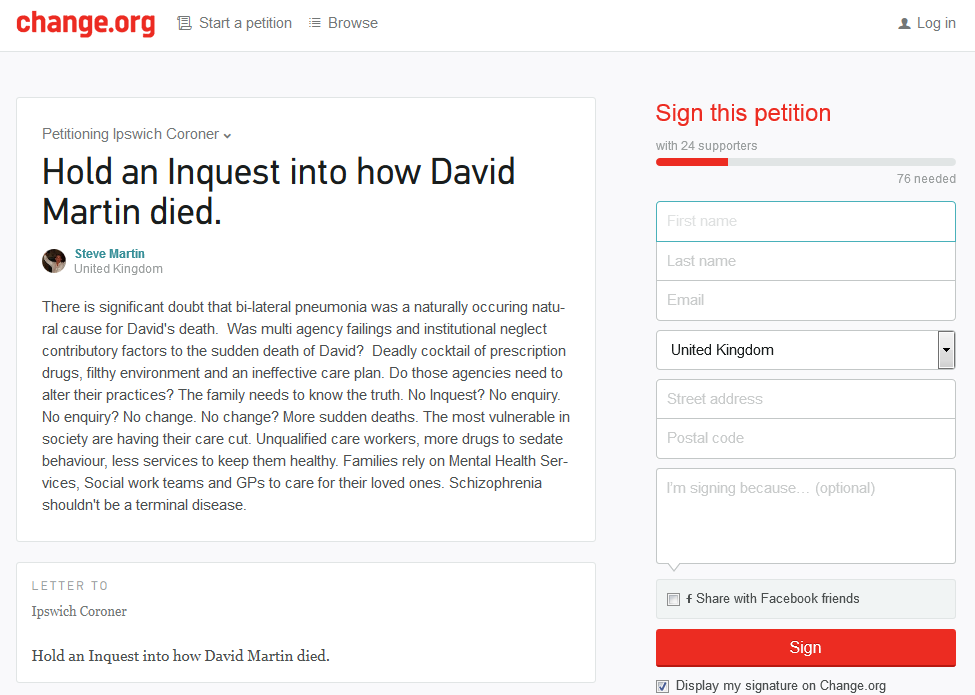 We’ve supported campaign member Steve Martin’s demand for an inquest into the circumstances of his brother’s death in squalor without hot water or heating in Ipswich whilst under the care of Norfolk and Suffolk NHS Foundation Trust (NSFT). David Martin’s untimely death at only 52 has been featured by BBC Look East and has appeared in the Ipswich Star. Steve organised this petition.

Society has tolerated the early and often unnecessary deaths of people with mental illnesses for too long: frontline staff must be provided with the time and resources to deliver the decent and caring service they joined the NHS to provide. We’re delighted that the Suffolk Coroner has responded to public concern and will now investigate the circumstances of David’s death. Seeing the lives of mental health service users as cheaper than those of others in society is one of the worst manifestations of stigma. Let’s hope that this inquest marks the beginning of its end.

It is worth reprinting what Steve wrote about his brother David: