Norfolk and Suffolk NHS Foundation Trust (NSFT) used to have a handful of people in its Communications department before the disastrous ‘radical redesign’.

However, as NSFT has cut mental health services and made front line staff redundant, its Comms department has grown and grown.

We’ve been tipped off by a supporter about another £105,060 per year of Comms recruitment by NSFT on NHS Jobs. That’s more than the disbanded Homeless team used to cost.

When we first saw the advertisement for the Comms Manager post, we thought, rather naively, that the Comms Manager who loyally followed her Chief Executive, Michael Scott, from Norfolk Community Health and Care NHS Trust to NSFT, Lisa Mungham-Gray, might be leaving NSFT. But, no. Reading the Job Description, the advertised Communications Manager (Band 7) reports to the Deputy Head of Communications & Marketing (Band 8a/b?) who reports to the Head of Communications & Marketing (Band 8c/d or 9?) who we presume is Ms Mungham-Gray. NSFT is spending at least £140,000 per year on Communications management alone and probably much, much more. Perhaps, like Mr Scott, Ms Mungham-Gray received a twenty-five per cent pay rise? Michael Scott hardly has a track record of keeping bureaucratic salaries under control.

Back in June 2014, when the NSFT Board meeting at Swaffham decided to massively increase its spending on Comms, we warned that NSFT’s priority should be investment in front line services not empire-building in the Hellesdon Hospital management blocks; that the ‘PR crisis’ was caused by managerial incompetence and the lack of staff, beds and funding not the absence of a ‘Comms strategy’. We were ignored.

It would be enough to leave even Malcolm Tucker lost for words. 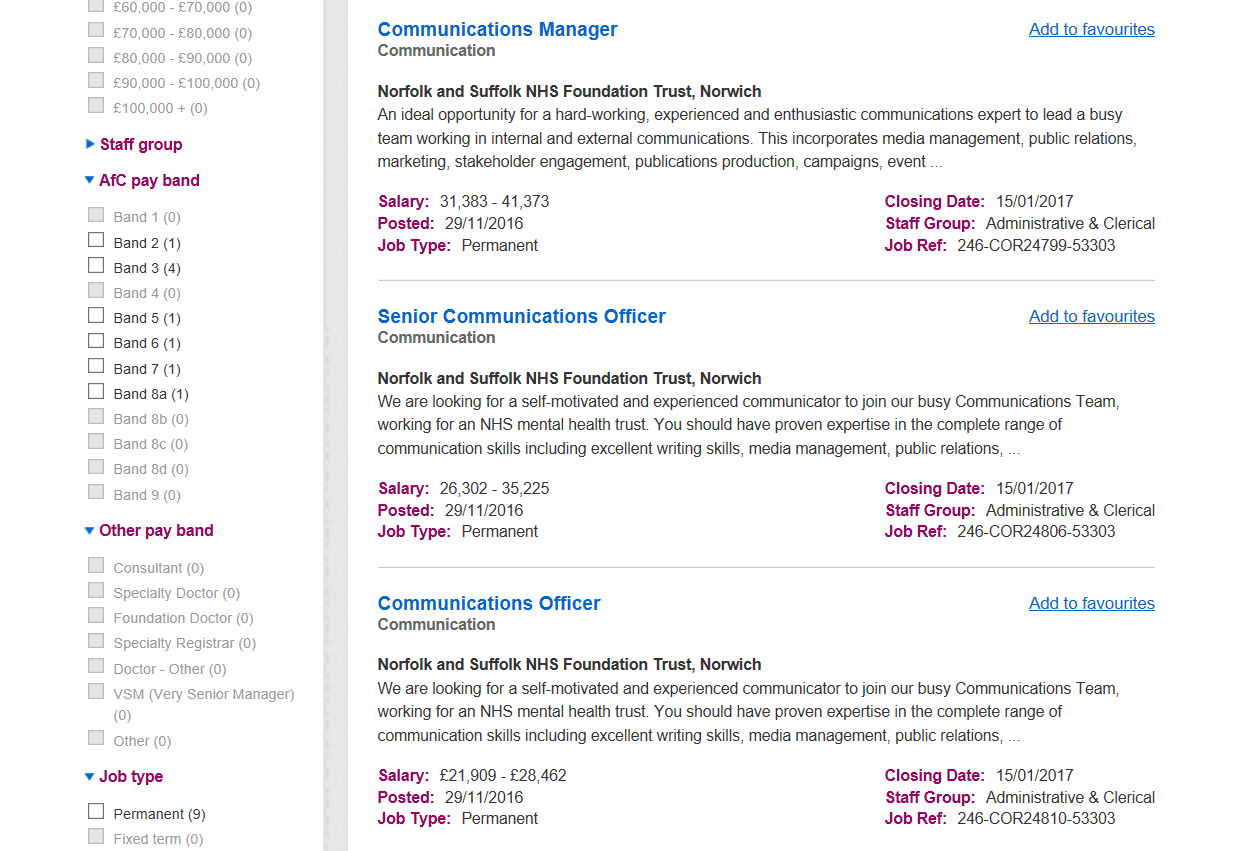