A Suffolk father is facing a six-hour round trip to visit his vulnerable son following the closure of a vital mental health unit in Ipswich.

A Stowmarket man whose 20-year-old son is a patient on Lark Ward, based in the grounds of Ipswich Hospital, has spoken to this newspaper anonymously about the family’s experiences.

He said his son, who has a form of autism, had been moved on Thursday 150 miles away to Storthfield House in South Normanton, Derbyshire.

“It’s very stressful, he was quite upset when he left, as were myself and his mother,” the father said. “It’s not nice at all. He seems to be settling in OK.”

The journey will take six hours to get there and back.

“I will probably have to stay the night to make it worth while, which is obviously a financial cost,” he added.

The family first found out about the Lark Ward closure from their social worker and the man said communication from NSFT had been poor.

“We still never heard anything from the managers of the trust,” he said. “They never communicated anything to us about the whole thing.”

The Chief Operating Officer of Norfolk and Suffolk NHS Foundation Trust (NSFT), Josie Spencer, then decided to spout gibberish to the EADT:

“We are sorry but we cannot comment on individual cases.”

Why not? This has become a standard NSFT response. It is even claimed even when the service user or family themselves have gone to the press and given permission for the trust to discuss the individual case.

There are some situations where service users need to transfer to services outside of our trust’s area for specialised treatment that is not provided by NSFT.

Except this isn’t specialist commissioning. The service user is being transferred not because of the need for specialist treatment but because yet more beds are being closed.

“We fully understand the distress out of area placements can cause service users and their families, particularly at a time when they are at their most vulnerable…”

Sorry, we don’t believe this. This problem has been ongoing for more than four years and getting worse.

“… but these decisions are always taken in the best clinical interests of the service user.”

There is strong evidence that people do best when they are supported close to their friends, family and professionals. 150 miles away is not ‘close to home’.

The crisis in mental health services is not improving: it is getting worse.

And the situation will become worse still when Antek Lejk, NHSI’s hatchet man and the Chief Officer of the secretive and unaccountable STP which has refused to fund enough beds, is imposed as Chief Executive of NSFT on 1st May against the wishes of service users and carers.

Ian Dalton, the Chief Executive of NHS Improvement, should be ashamed of his organisation’s involvement in this fiasco.

Join our protest demanding for decent mental health services on 1st May. 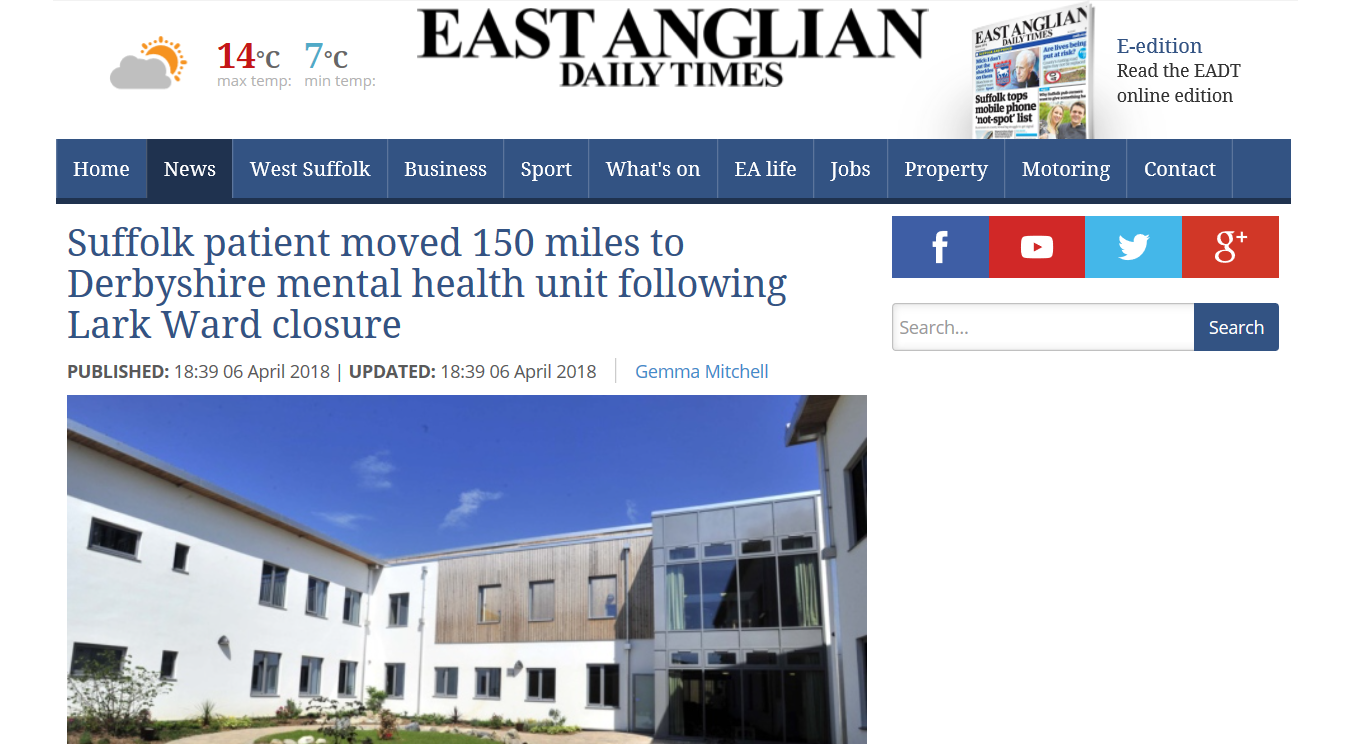