Today, members of the Campaign to Save Mental Health Services in Norfolk and Suffolk from throughout East Anglia joined local people from West Norfolk to protest against the closure of one quarter of the remaining acute mental health beds in West Norfolk at the Fermoy Unit in King’s Lynn and to highlight the threat to the few beds that remain.

Many people spoke of their own experiences of mental illness. Two people told how their children had been admitted many miles away from Norfolk because of the shortage of inpatient treatment in Norfolk. Others spoke of the tragic loss of friends and relatives because of suicide. One teacher told us of how many children in her school are suffering mental illness, leading to self harm at a very young age. Another man compared the treatment he had received as a cancer patient with the lack of treatment for his wife who has severe clinical depression. Others spoke of how mental health services in West Norfolk have been run down over the years with the loss not only of psychiatric wards but also of day centres and community mental health provision.

Many speakers made the point that mental illness can be fatal: as we speak an Independent Inquiry is looking into the huge increase in unexpected deaths among patients supposedly under the care of Norfolk and Suffolk NHS Foundation Trust (NSFT).

Older patients who need inpatient psychiatric treatment now have to be admitted to the Julian Hospital in Norwich, and that’s if they are lucky, many have ended up hundreds of miles away from their families in other parts of England. People have no faith in this Government and no trust in the Clinical Commissioning Groups (CCGs) and have resolved to keep fighting until we have a fit for purpose psychiatric service, not just in West Norfolk but in the whole of Norfolk and Suffolk.

The support from local people in King’s Lynn was such that we are now thinking about setting up a branch of the mental health campaign in West Norfolk. Get in touch if you’d be interested in helping or joining. 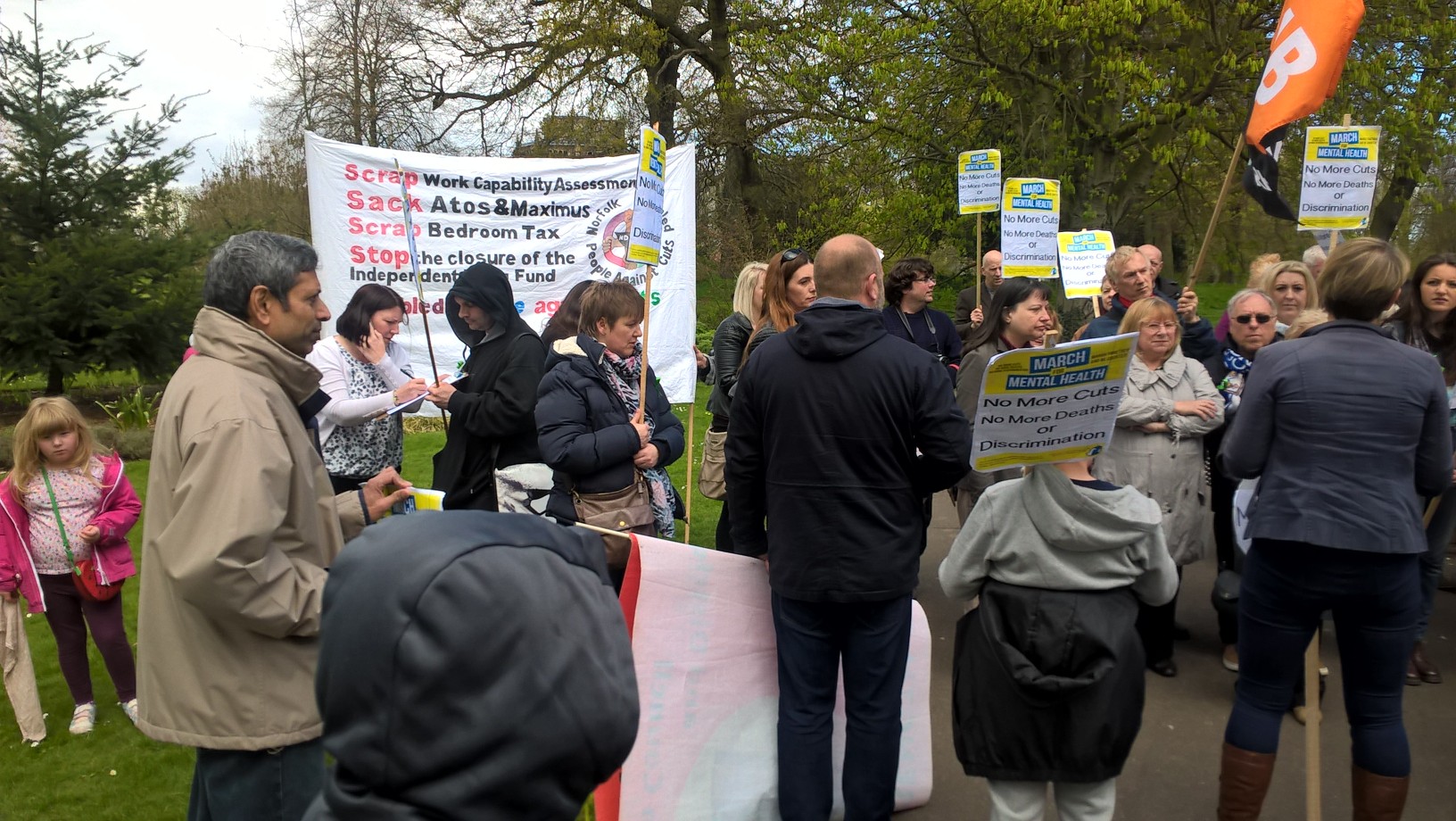 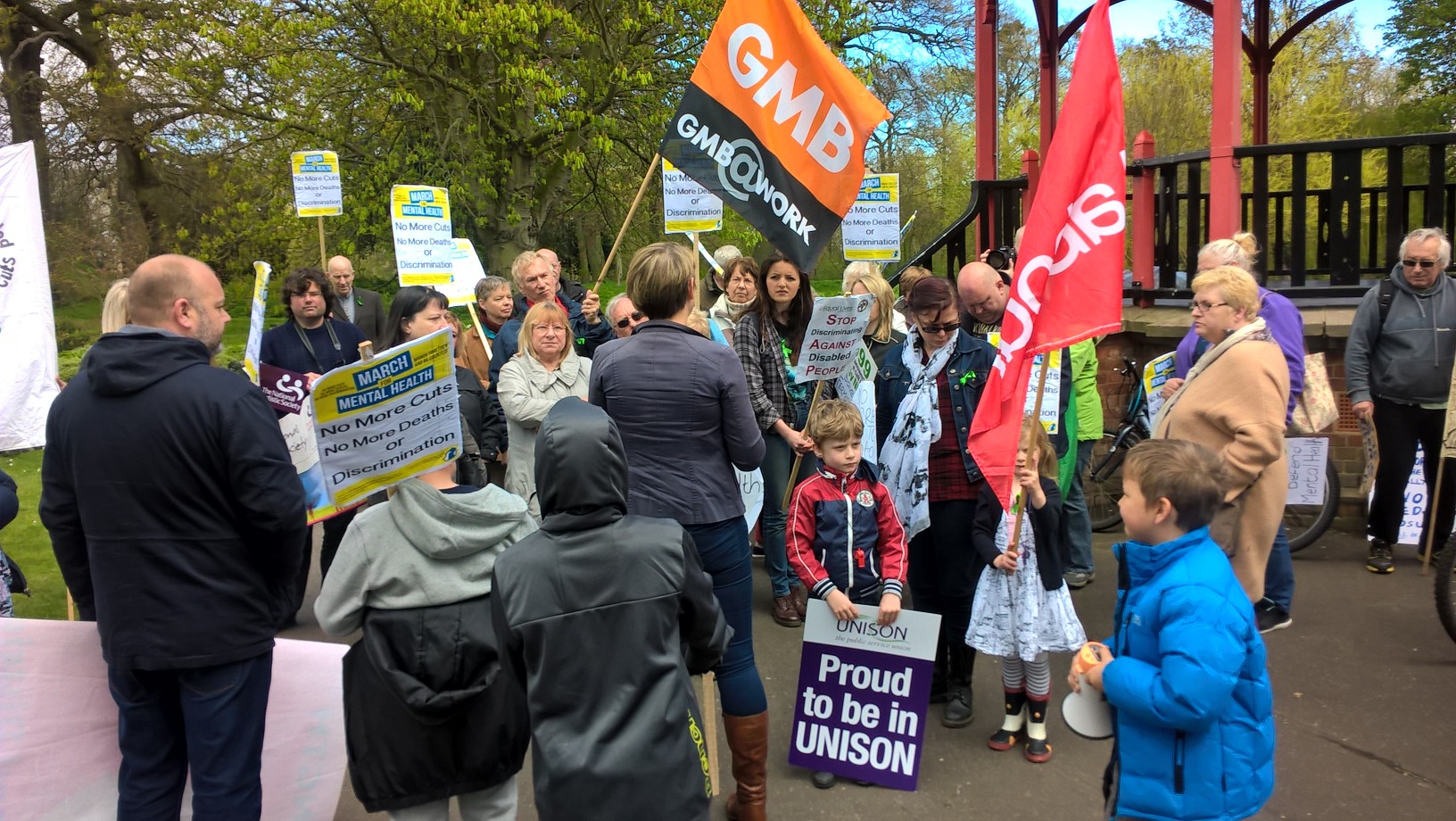 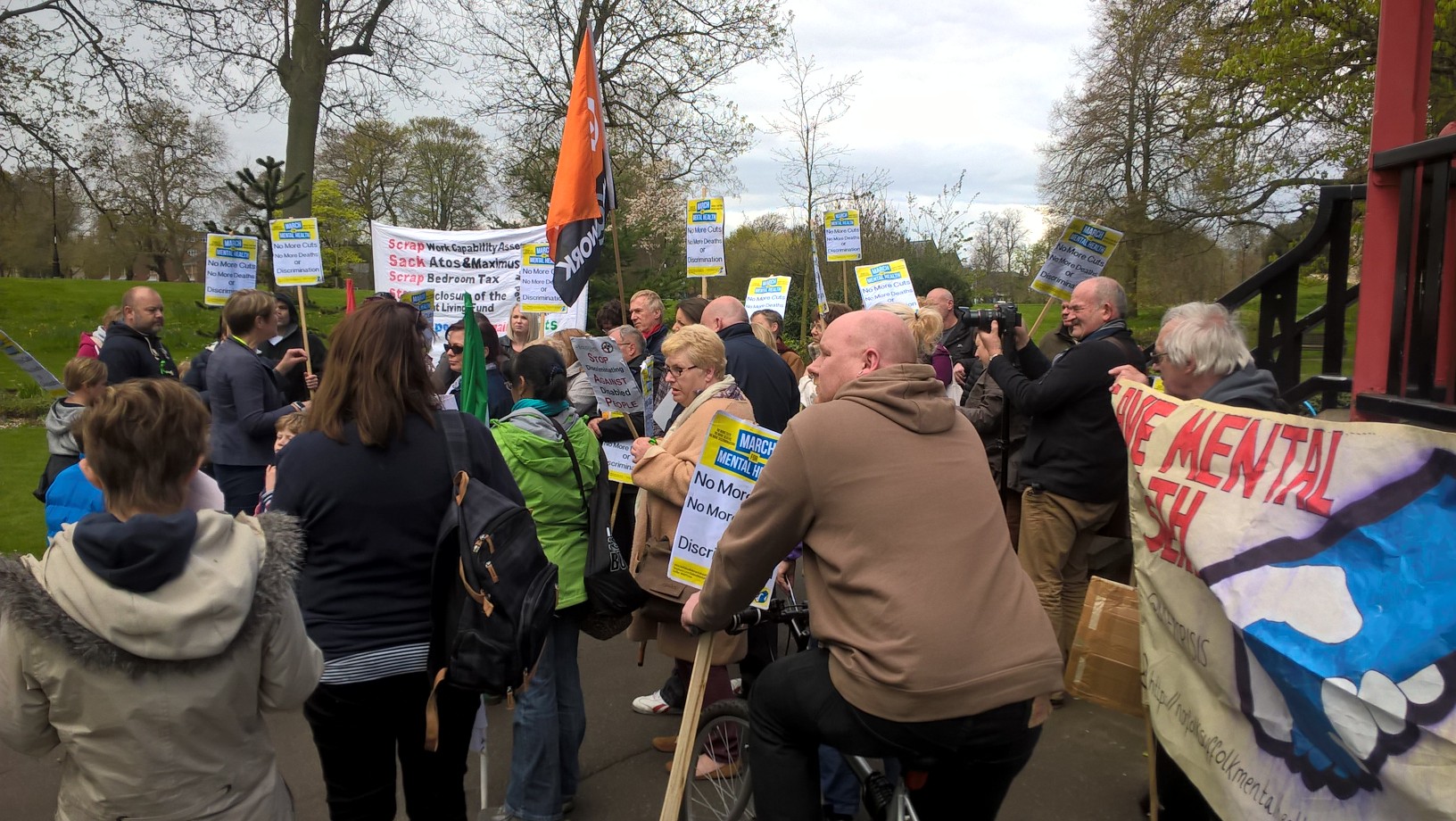 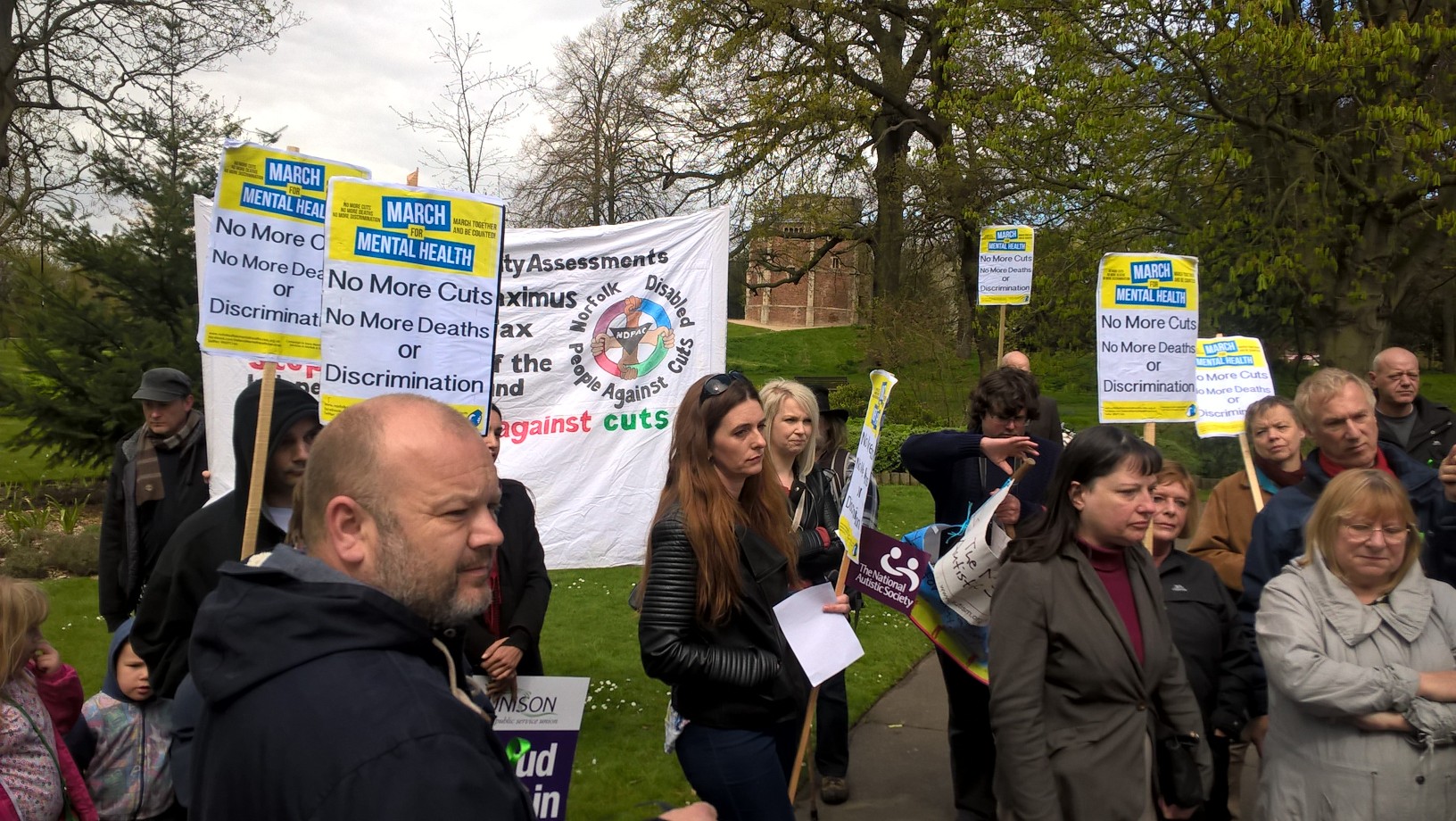 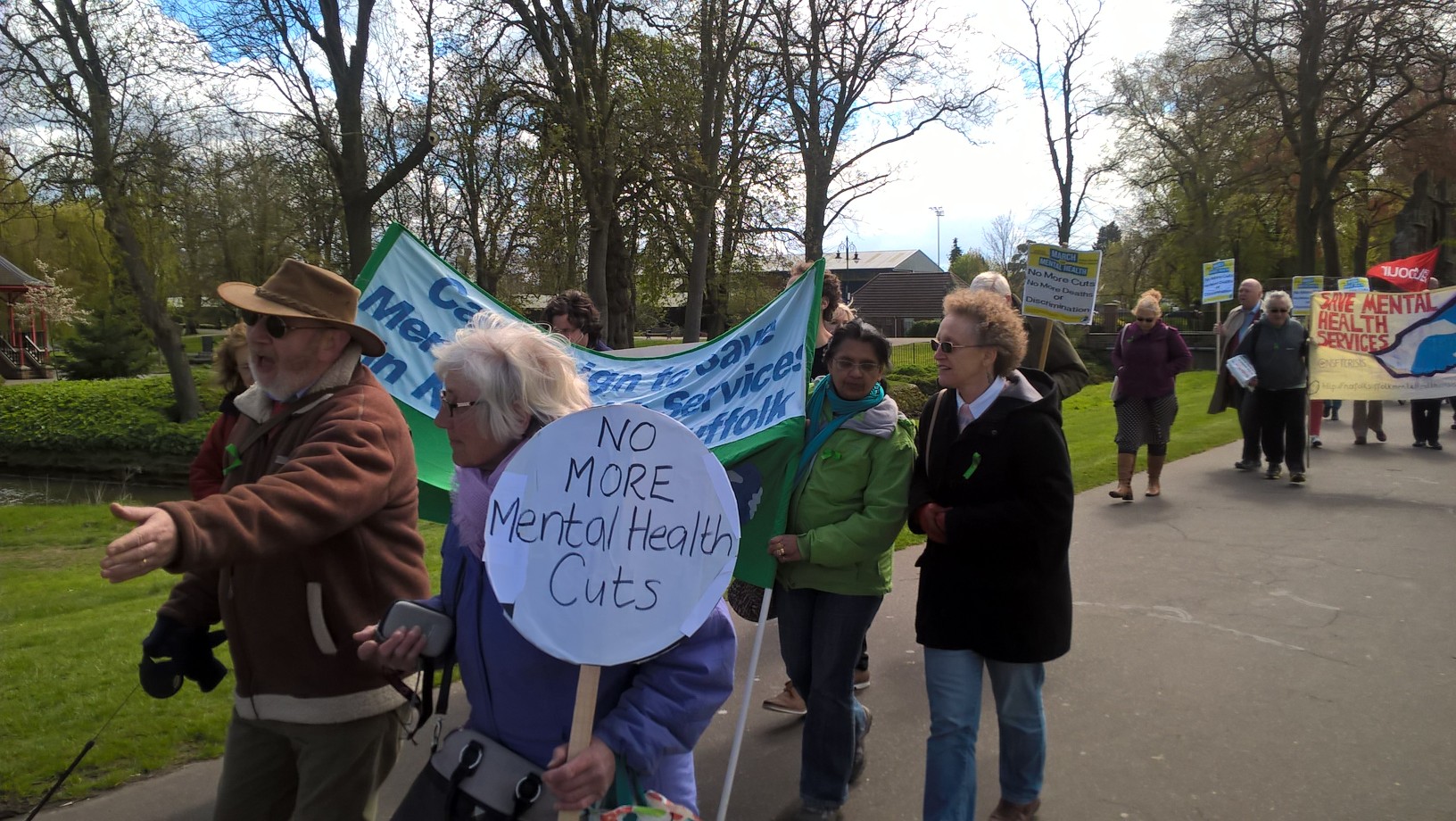 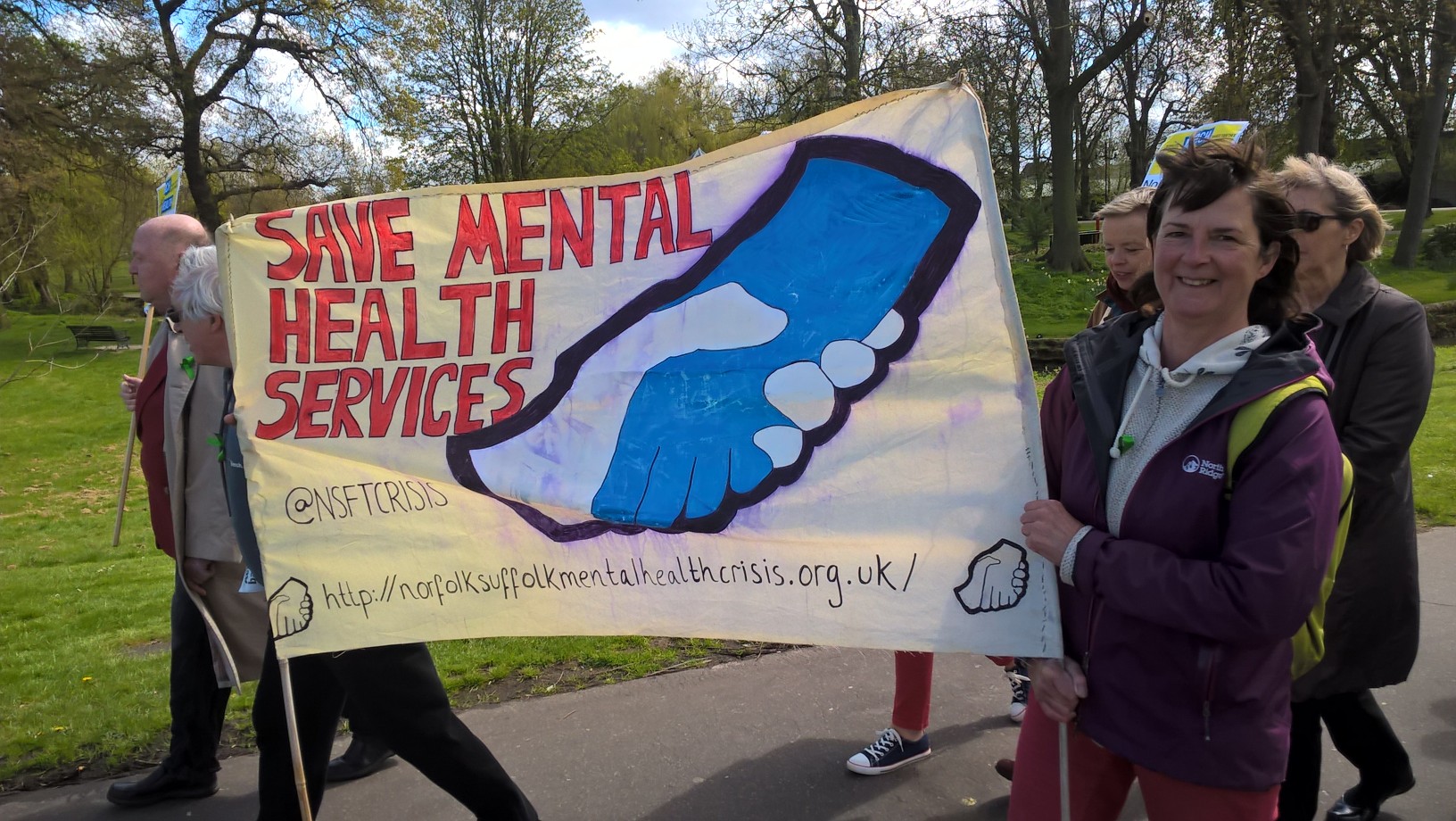 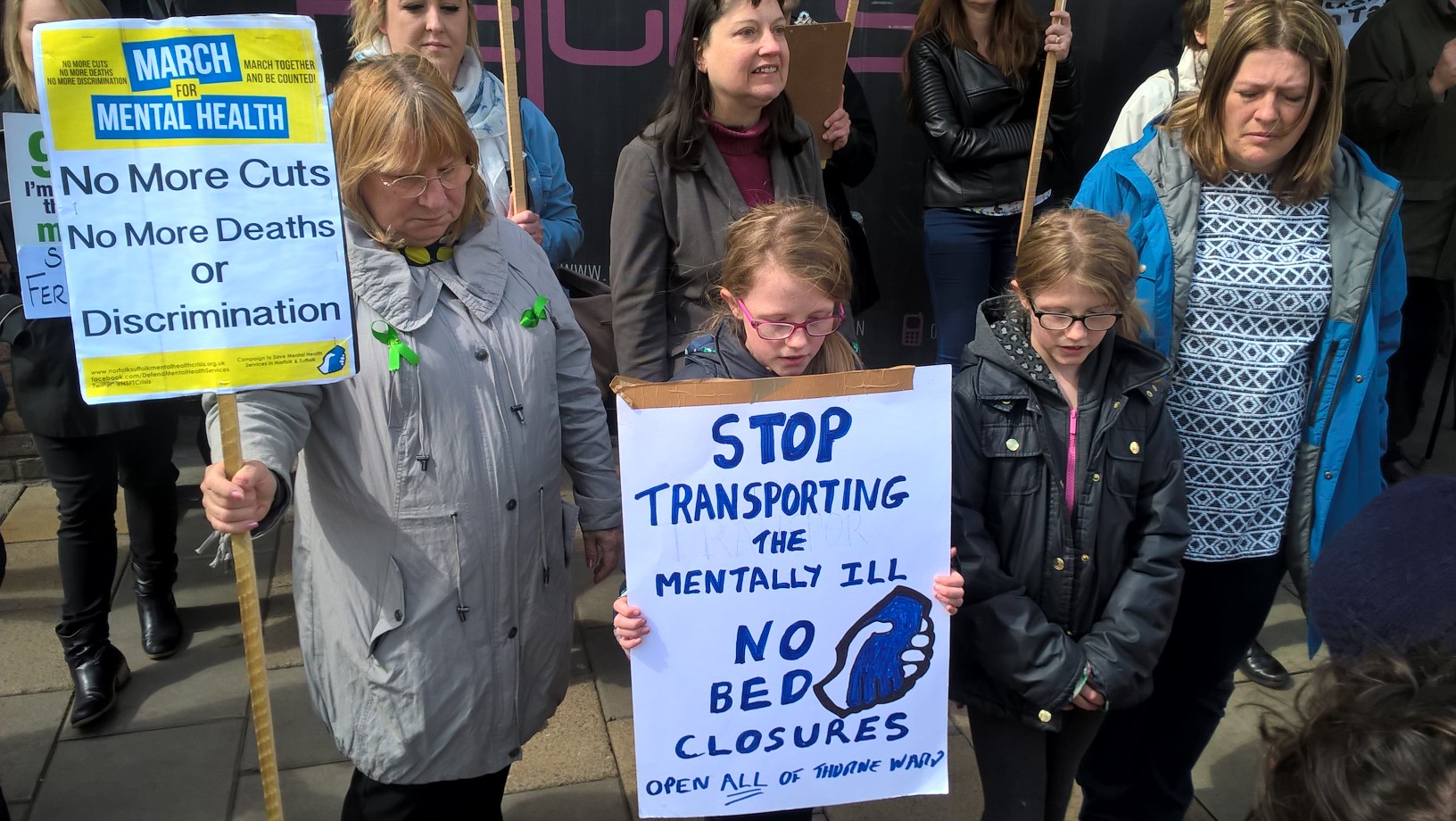 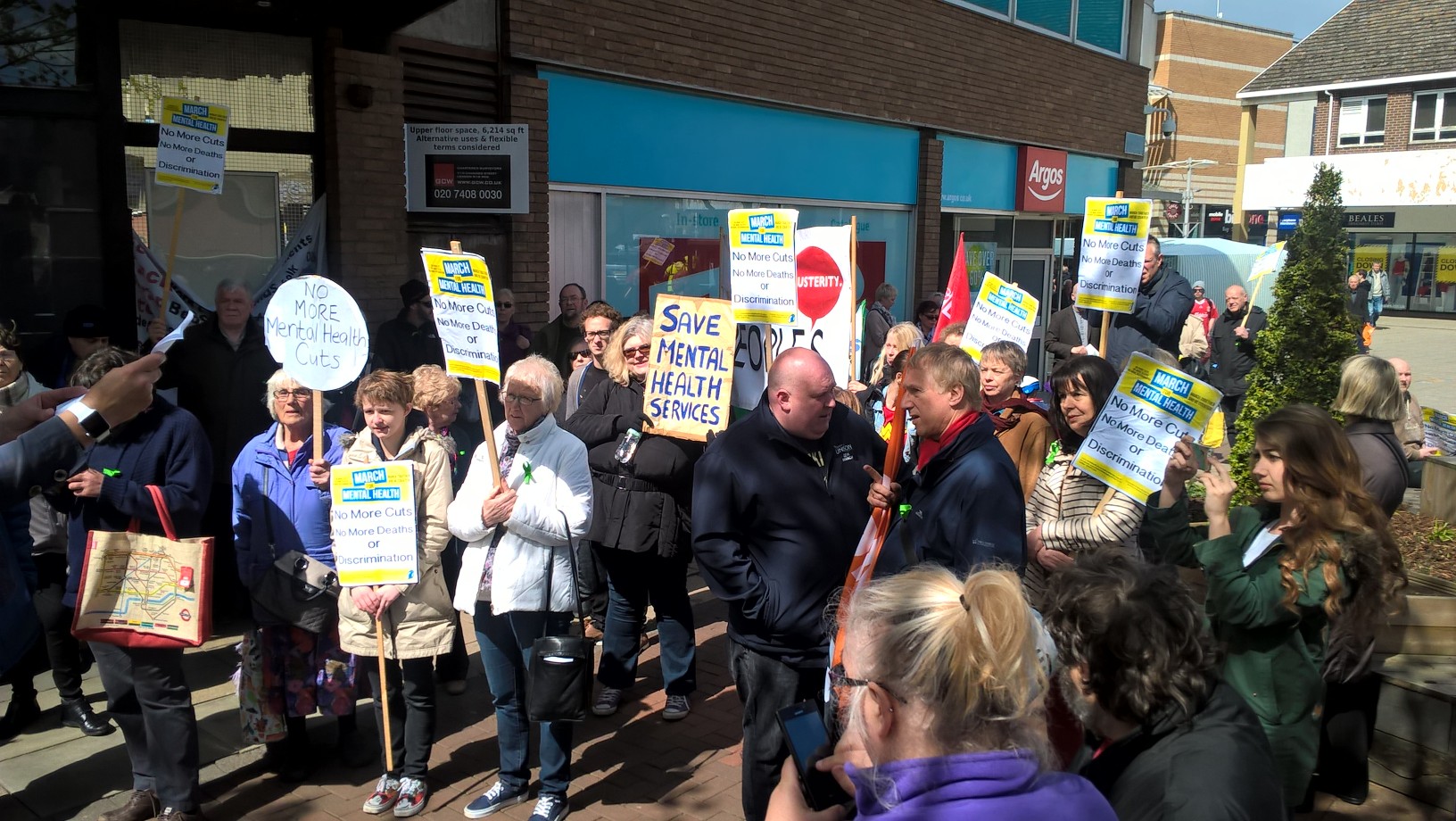 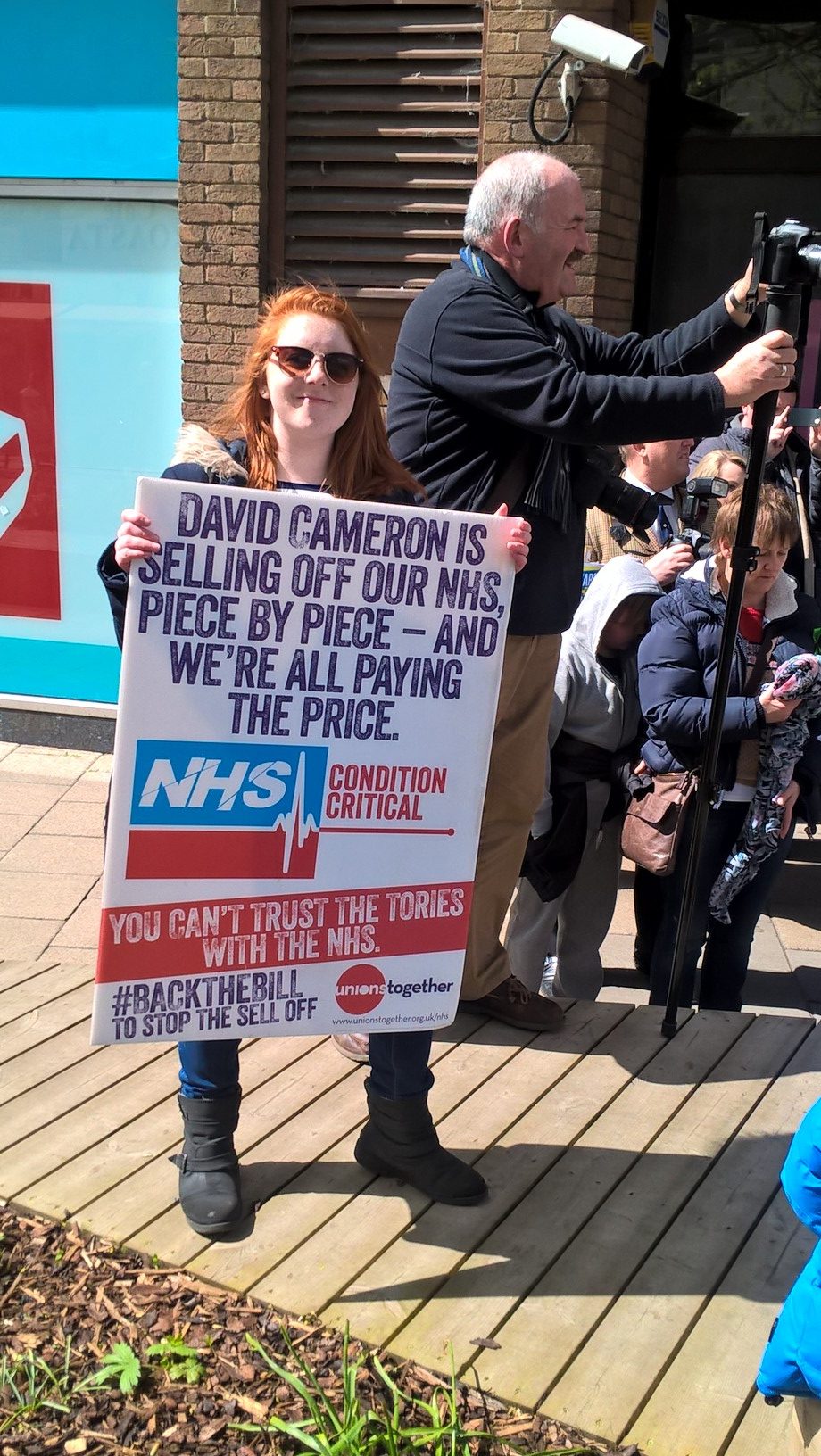