This important story details the human cost of the failure to provide proper care in the prison system for those with mental health issues and is a must-read in its own right.

However, as a campaign, we have been hearing from Norfolk & Suffolk NHS Foundation Trust (NSFT) staff about ill people being locked in police cells rather than cared for and worse, about people in crisis who are entering the criminal justice system as a result of the mental health system’s failure to look after them properly. The huge cuts in community mental health services, resulting in hundreds of unallocated cases in the community teams and the abolition of the Assertive Outreach teams, has resulted in criminal behaviour which could have been prevented, with needless victims and incarceration. This suicide crisis in Britain’s prisons isn’t simply about the funding of mental health care in the criminal justice system – it is also about the vicious cuts to mental health funding in the NHS.

With a history of acute mental health problems, the 21-year-old was jailed “for his own safety” after attempts to find him a secure mental health bed failed. He had no criminal record, and was charged with possession of an offensive weapon after he tried to cut his own throat.”

On the afternoon of 29 September last year, Lynda was out buying bedroom furniture for her son’s return when he phoned her. “He just seemed really down,” she said. “I told him I was coming to see him on Monday, I asked him if he needed any money. He kept saying: ‘No, I’ll be all right, I am coming home’. Then he said: ‘Bye, bye, I love you’, and that was it.”

An hour later, his mother received another call telling her to go to Leicester hospital where Steven was being admitted to intensive care. She did not make it in time. “A nurse rang as I was on my way and said: ‘I’m so sorry, we have just lost him.’”

Shame on you, Norman Lamb. Your duplicitous claim to be a champion of the mentally ill is nauseating hypocrisy. 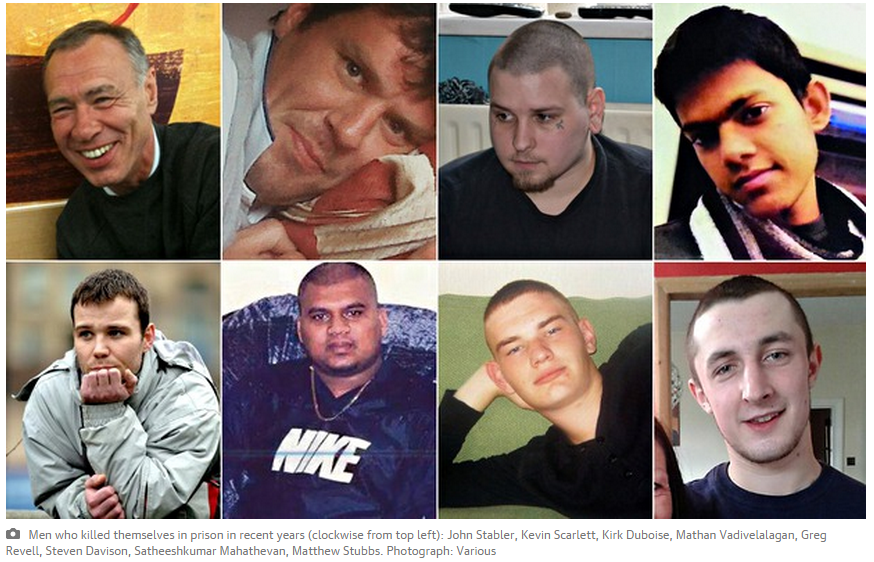 At @NSFTtweets the numbers of doctors shrinks. Wards closed because no psychiatrist. The psychiatrists that are working are stretched to the limit and burning out. Yet the spin doctors say there are 50 more. Where are they? In Hellesdon Towers pushing paper and dunking biscuits? twitter.com/rcpsych/status…

Campaign members reflecting meeting with CQC today want to see urgent action. The stories, of those brave enough to speak to CQC, are harrowing and about life or death situations. Special measures for years and the only change is downward. Actions.Are.Needed.Now.

Thank you to everyone who contributed to our meeting with CQC. We are aware that for various reasons some people couldn’t attend who had things they wanted raised. Please contact us ASAP and we will pass on your views.

@StopSIMMH Thank you for all you have done.