Senior managers at Norfolk’s four clinical commissioning groups (CCGs) pocketed more than £100,000 in pay rises between 2013/14 and 2014/15, the latest figures available, which a former health minister has described as “unjustified”.

The salary bill at the CCGs increased by 13.7 per cent in just one year.

Meanwhile, services have been slashed and the salaries of front line staff have been frozen or limited to one per cent for years. We’ve written before about the unaccountability of the CCGs. It was Mark Taylor who pledged in January 2014 that out of area placements would stop by the end of April 2014 and broke his promise. Mark Taylor is still trousering £120,000 per year despite letting the people of Norfolk down.

When commissioners are justifying their own Band 8+ non-jobs and the ridiculous number of CCGs in Norfolk and Suffolk, they cite local accountability. Yet when the CCGs are making cuts, they claim they have no latitude as decisions are dictated by national formulae and targets.

Of course, it isn’t just the CCGs.  Fatcat Michael Scott, the Chief Executive of Norfolk and Suffolk NHS Foundation Trust (NSFT), helped himself to a twenty five per cent pay rise as he couldn’t possibly live on the same salary as the Prime Minister of the United Kingdom. And they all play the NHS Blame Game. 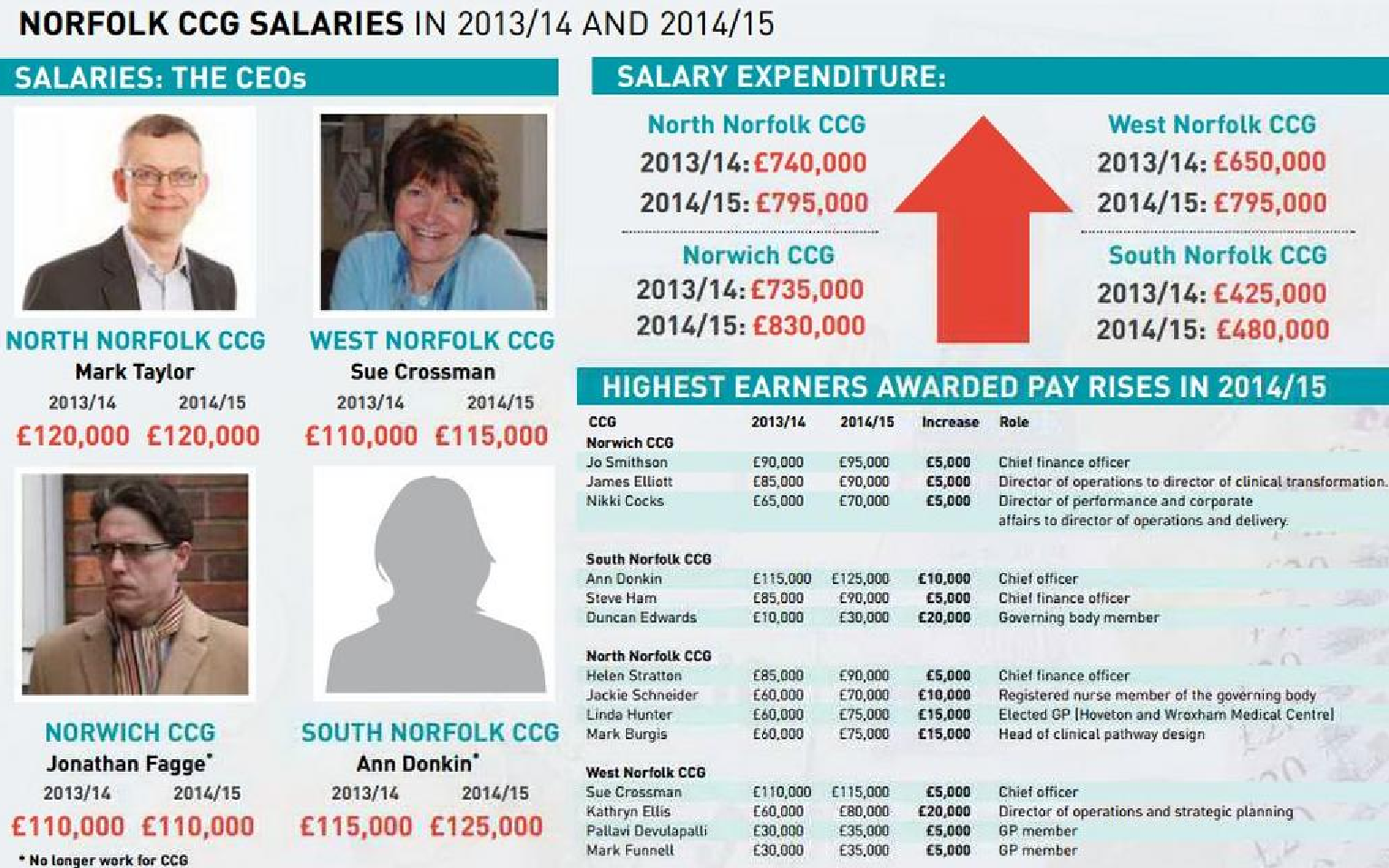